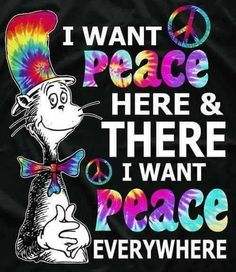 The Past, Present, and Future of Work, by Chris Winters

One notable effect of this radical societal reordering has come to be termed the “Great Resignation.” More than 47 million people in the U.S. voluntarily quit their jobs in 2021, according to the Society for Human Resource Management.

PolyMet Mine: Glencore guilty of bribery charges and market manipulation

Glencore owns the major interst in the proposed PolyMet mine in northern Minnesota Swiss-Based Firm Agrees to Pay Over $1.1 Billion “The scope of this criminal bribery scheme is staggering,”

“New York Times (10/19/22) had that the election was breaking in favor of Republicans for three reasons: the importance of inflation and crime, the relative unimportance of abortion, and the historical pattern of midterm elections that tend to be a referendum on the party of the president. All these claims, of course, turned out to be wrong.”

“I mean, the money wasted on these TV and social media ads is just staggering. Not only is it wasted, it’s the same ad, it’s dull, it’s repetitious, it’s not authentic, and it irritates people.”

Documents released by The Intercept show the uncomfortably close coordination between Enbridge — which has spent millions of dollars that have gone to Minnesota public safety agencies — and local police departments targeting protestors.

The Corporate Media Deference That Endangers Us All, by Caitlin Johnstone

“This didn’t just affect AP staff, it affected the whole world; we deserve to know what happened and who was responsible, and AP has no business obstructing that knowledge from us.”

Ukraine: Viewpoints on the war

Scott Ritter, Andrew Bacevich, Caitlin Johnstore, John LaForge, Medea Benjanmin, Patrick Lawrence and Marcy Winograd talk about the war between Russia and Ukraine. Was it avoidable? Is it a proxy war? Will there be a winner? Is the nuclear threat real? and more.

“President Biden should seize the opportunity to change course by adopting a new directive on hunger strikes and addressing the underlying cause of so many hunger strikes: an abusive immigration detention system,”

Henry Giroux, Resisting Fascism and Winning the Education Wars: How we can Meet the Challenge

“I want to suggest that in a society in which democracy is under siege, it is crucial for educators to remember that alternative futures are possible and that acting on these beliefs is a precondition for making radical change possible. At stake here is the courage to take on the challenge of what kind of world we want to build for our children.”

“Broad in its scope yet concise, this is an important nonconformist interpretation of American history.” Kirkus Reviews

COP 27 Report: Commentary and information, inside COP27 with actions to take

International efforts are underway to advance a global just transition away from fossil fuels, including a Fossil Fuel Non-Proliferation Treaty, a Plastics Treaty and a Global Green New Deal. We hear from leading voices in this transition about the need to act with urgency and fairness.

In fact, it’s now reasonable to ask whether an international community connected by a consensus of norms and rules, and capable of acting in concert against the direst threats to humankind, exists. Sadly, if the responses to the war in Ukraine are the standard by which we’re judging, things don’t look good.

Rise Up Times, Media for Justice and Peace, Summary of Posts, November 12, 2022

The midterm election is over, but still the federal House and Senate results are not decided.  Remains to be seen. The issues, however, still stand and will loom large in the presidential campaign going forward. Many are discussed here.

A gift of $25 will make it possible to continue to bring you stories, actions, and events as well as thoughtful analyses and reflections.

Who We Are: A Chronicle of Racism in America

Interweaving personal anecdotes, interviews, and shocking revelations in WHO WE ARE – A Chronicle of Racism in America, Jeffrey Robinson draws a timeline of anti-black racism in the United States, from slavery to the modern myth of a post-racial America.

The Who We Are Project, founded by attorney and racial justice activist Robinson, as well as the film, are based on a talk he has been giving for the past 10 years on the history of anti-Black racism and white supremacy in the United States.

Global and Local Peace and Justice for All

For over ten years Rise Up Times has been active, bringing you articles of substance about issues of importance.

The ‘apocalyptic’ chess game between the superpowers, that is, between those that move on the highest plane of our civilization, is being played according to the rule ‘if either “wins” it is the end of both’; it is a game that bears no resemblance to whatever war games preceded it. Its ‘rational’ goal is deterrence, not victory, and the arms race, no longer a preparation for war, can now be justified only on the grounds that more and more deterrence is the best guarantee of peace. To the question how shall we ever be able to extricate ourselves from the obvious insanity of this position  there is no answer.”

WHY ACT NOW?  Support the Treaty on the Prohibition of Nuclear Weapons and sign the Parliamentary (Legislative) Pledge. Click the WAMM link above for more information.

Would you like to help spread awareness and action about nuclear weapons? Information and action steps are available FREE in the form of two-sided cards on cardstock.