The pipeline is colonialism at work in the 21st century, but water protectors are making waves.

Women Against Military Madness and Veterans For Peace sponsor
a regular “Pipeline Blues” vigil every Monday, 5:00-6:00pm,
outside the Governor’s Mansion, 1006 Summit Ave., St. Paul,
in solidarity with all earth and water protectors.
All are welcome. Bring Signs. Spread the word!
FFI: 612-827-5364 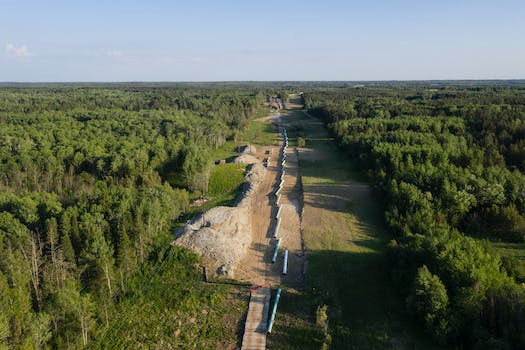 It’s somehow fitting irony as Indigenous Day approaches on Oct. 11 — once known by another name — that a new Columbus is about to pump oil through Line 3, the last tar sands pipeline. That is the colonial-like corporation Enbridge.

Maybe President Joe Biden will think about this one and stop the dirty oil from burning our rivers and air. The Indian wars could be over. After all, no one needs this pipeline, plus it’s the dirtiest and most expensive oil in the world to extract and produce.

In one narrative, the Canadian corporation won. Columbus conquered anew, proof that might and money remain the rulers.

Then, there’s another. That’s the Ballad of the Water Protectors — a movement born in the battles in northern Minnesota and North Dakota, a movement that will grow and transform the economy of the future.

How do we know this? Well, no one wants to finance more tar sands. Other telling signs, and some new red flags, include:

The Canadian oil industry estimated that a lack of pipeline capacity reduced the industry’s income by tens of billions of dollars before the pandemic started. The tar sands industry couldn’t afford to approve and build new extraction facilities during the curtailment, and now, in part due to the pandemic, it still can’t.

Uncertainty about Line 3 caused by Indigenous people and water protectors encouraged massive divestment from the tar sands by non-Canadian investors. Everybody from Shell Oil to the Koch brothers bailed out. Last month, my alma mater, Harvard University, began divestment of fossil fuels. Harvard wouldn’t even divest from South Africa, those stubborn old dudes. This is, well, monumental.

A recent joint report by the Indigenous Environmental Network and Oil Change International, found that Indigenous resistance alone has stopped or delayed greenhouse gas pollution equivalent to at least 25% of annual U.S. and Canadian emissions.

As a result of low oil prices, reduced income and divestment, tar sands industry capital expenditures crashed. Almost all its capital spending over the past five years was used for maintenance of existing extraction facilities, not development of new facilities.

Put another way, the pipeline opposition campaign stopped the tar sands industry dead in its tracks.

We all just recently learned two more blatant things about Enbridge that should give everyone pause — especially our government leaders like Gov. Tim Walz and U.S. Sens. Amy Klobuchar and Tina Smith, whose cowardly silence makes them complicit in this egregious crime.

First, after piercing an aquifer in January — an aquifer that is still bleeding 100,000 gallons of water a day — Enbridge covered it up for as long as it could until it was caught and fined $3.3 million by the Department of Natural Resources. This is the kind of people we are dealing with.

We also learned the pipeline isn’t even adequately insured. The Minnesota Public Utilities Commission required Enbridge to obtain $200 million of “environmental impairment liability” insurance, in addition to general corporate liability coverage of $900 million, and to include the state of Minnesota and several American Indian tribes as additional insureds on its policies. But Enbridge recently submitted a report to the Public Utilities Commission saying it will likely not be able to obtain this insurance “in the near future.”

That’s baffling and problematic at best. I’m wondering what Harvard Business School is thinking about that one. No insurance is not only dangerous but illustrates again that the tar sands party is over. The most expensive tar sands pipeline will be the last one to the U.S.

In 2018, due to a lack of pipeline capacity, the government of Alberta ordered tar sands and other crude oil extraction facilities to curtail production, initially by 325,000 barrels per day. This order meant that each month about 10 million barrels of oil (and the carbon within it) stayed in the ground. Although Alberta gradually ramped down the curtailment, it lasted almost two years. Thank a water protector for that.

We also delayed the Line 3 project by four years (Enbridge’s initial in-service date was 2017), such that any new tar sands development efforts are now facing the near-term prospect of reduced oil demand resulting from the escalating adoption of electric vehicles and climate change policy developments, such as the Canadian carbon tax.

Delaying Line 3 by four years means that the tar sands industry now faces a global crude oil market environment that is much less favorable than in 2017.

Meanwhile, a Code Red has just been issued for the planet in the latest U.N. Intergovernmental Panel on Climate Change report. With this warning, Minnesota’s approval of the line, from the Public Utilities Committee to the courts, makes us look like archaic climate crisis co-conspirators.

We also look increasingly like a police state, especially in northern Minnesota. The repressive police brutalization of Line 3 opponents using rubber bullets, chemical sprays and “pain compliance” have come to the attention of the United Nations Committee on the Elimination of Racial Discrimination (CERD) for “Violations of Anishinaabe Human Rights from Enbridge’s Line 3.”

This new investigation is likely to expose again into the future what a truly rotten idea the escrow account established by Enbridge and the PUC to militarize the north in the name of defending Line 3 really was. Did we learn something from our whippings?

Approaching this day for uplifting Indigenous peoples, here’s a suggestion. It’s time to end conquest and begin survival. Code Red for the environment means that we need to move away from fossil fuels and to organic agriculture, and to local and efficient energy. Fortunately, tribal nations are leading the way in the north. It’s time to quit acting like Columbus.

Winona LaDuke is the co-founder and executive director of the Indigenous-led environmental justice nonprofit, Honor the Earth.

Donate
By Rise Up TimesPublished On: October 15th, 20211 Comment