Julian Assange’s father and brother John Gabriel Shipton begins a month-long, 17-city U.S. tour in Miami as his son languishes in Belmarsh Prison in London awaiting a U.S. appeal against the denial of his extradition.

In the Twin Cities:

Julian Assange’s Father and Brother are on a U.S. Tour to Demand  Journalist’s Freedom.  The father and brother of WikiLeaks founder Julian Assange, John and Gabriel Shipton, are on a nationwide tour of the United States in June 2021 to advocate for the release of the detained journalist and for the Biden administration to drop its extradition effort—and to highlight the broader implications that his prosecution has for global press freedom. 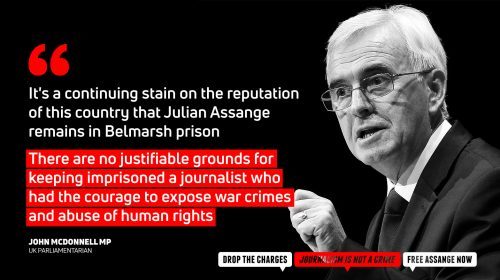 DIRECTIONS: Park in the lot of Circus Juventas on the south side of Montreal and go up steps to the left of the tent.

For info: Women Against Military Madness at 612-827-5364 or email general@wamm.me.
Link to FB event description. 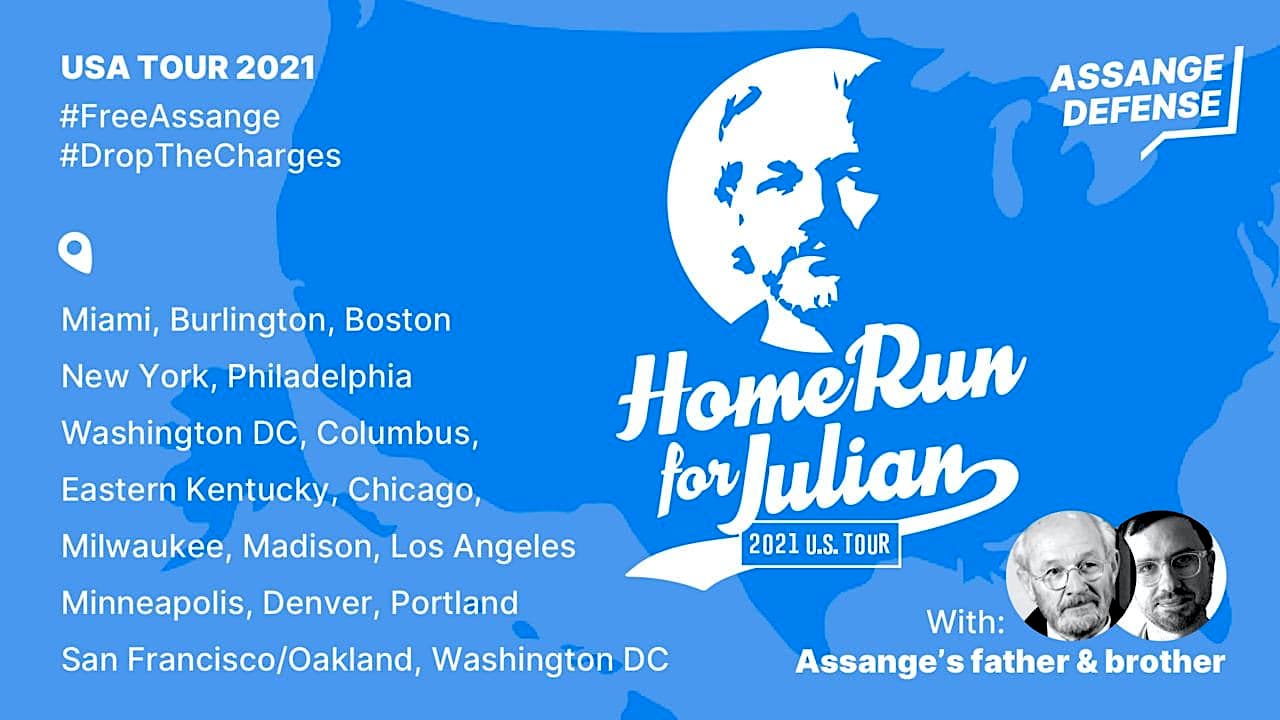 Scroll down for video of Miami tour kick-off. Also recommended:

DN! “JULIAN IS SUFFERING”: FAMILY OF ASSANGE AND CHRIS HEDGES IN NYC ON ASSANGE, FREEDOM OF SPEECH, AND THE RULE OF LAW

Organized by Assange Defense, John and Gabriel Shipton, Julian Assange’s father and brother, will begin the #HomeRun4Julian tour in Miami on June 6 via a live-streamed event. The Shiptons are scheduled to make stops on both coasts and the Midwest before concluding the tour in the nation’s capital.

Assange’s family members will meet with activists, press, and policymakers to raise awareness of the importance of protecting whistleblowers and journalists, and to advocate for the release of Julian Assange, whom the United Nations has declared “arbitrarily detained” since 2010.

Note that the original video that was posted here did not work due to technical difficulties. A new video was created and recorded. Watch the Miami event here, recorded live on Sunday June 6th:

Donate
By Rise Up TimesPublished On: June 6th, 20215 Comments