A Broad and Growing Movement says the Time is Now to Stop Line 3.

An open letter to Minnesota decision makers. Since 2014  thousands of Minnesotans have shown up at hearings, talked to neighbors, written letters and organized in their communities to oppose Enbridge’s Line 3 tar sands pipeline. Line 3 is a clear danger to our climate, water, and land in Minnesota, and would undermine the treaty rights of the Anishinaabe people.

We urge Governor Tim Walz and all Minnesota state leadership to stand frim against the Line 3 pipeline. The facts are not in Enbridge’s favor, and the time for climate action is now. A thoughtful, science-based approach shows a clear conclusion: Line 3 must not be built. 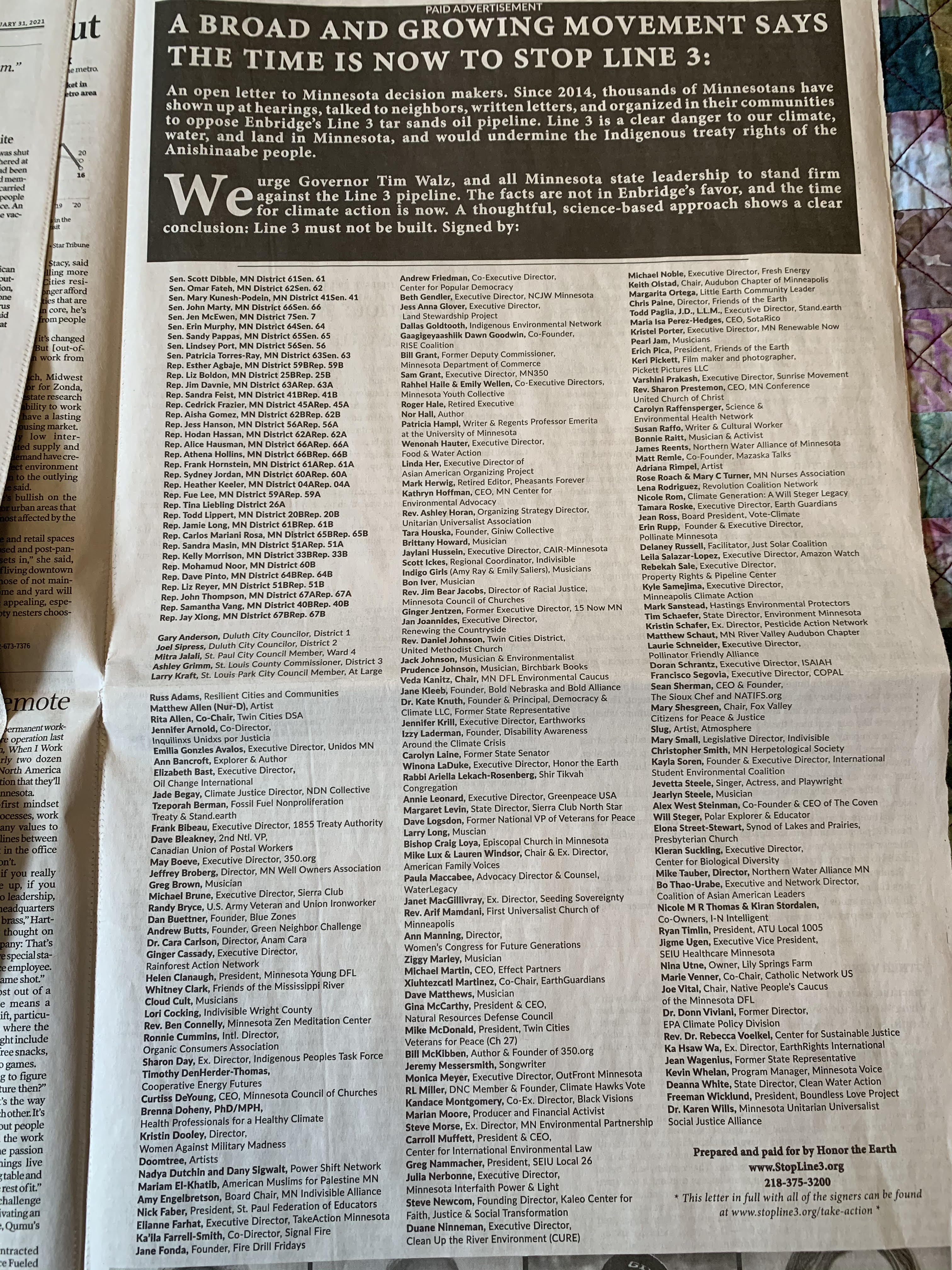 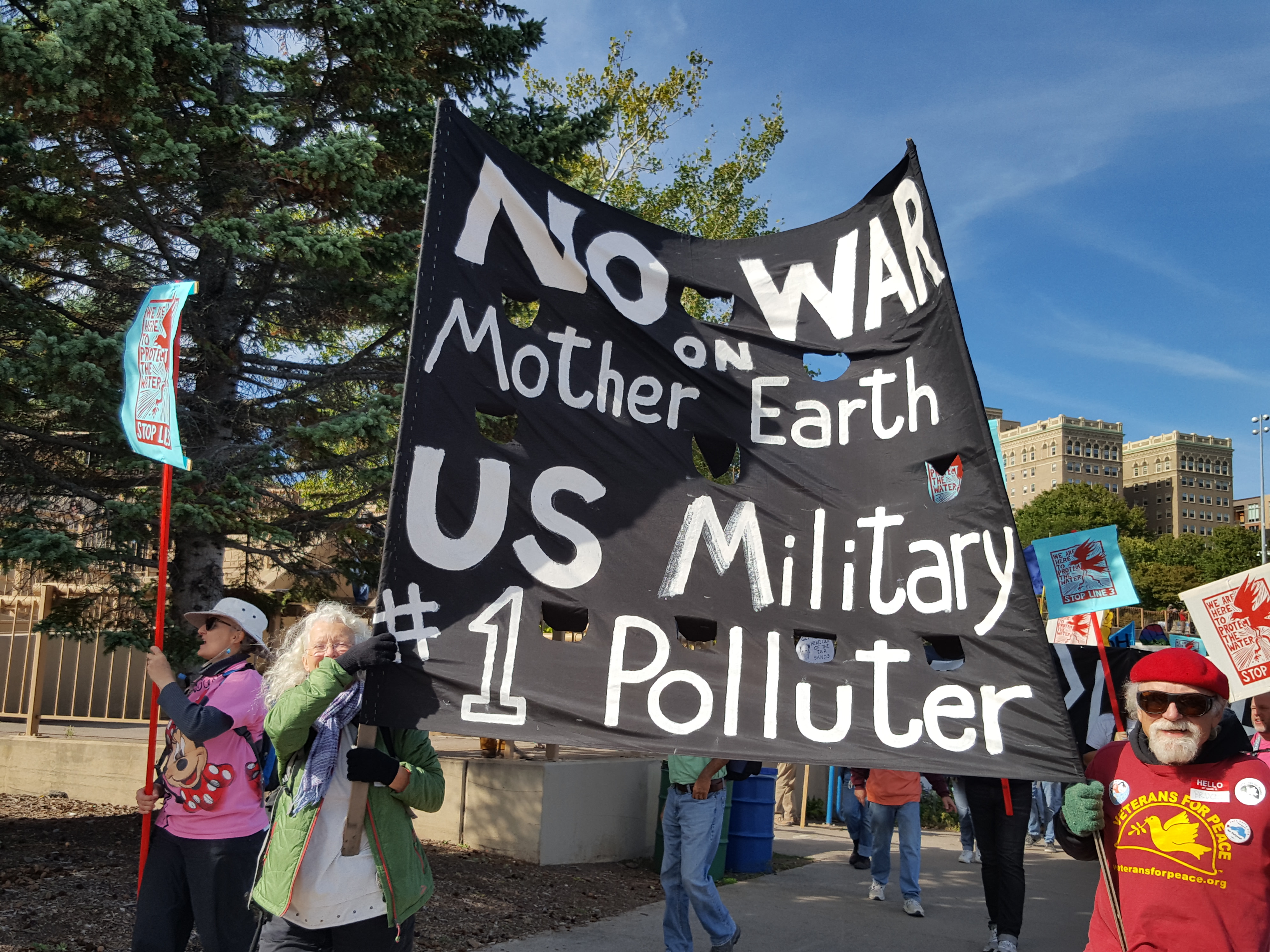 Above: Opposing Line 3, 350MN Demonstration, October 2019 with Veterans  for Peace sign calling out the US military as the largest polluter of fossil fuels in the world. 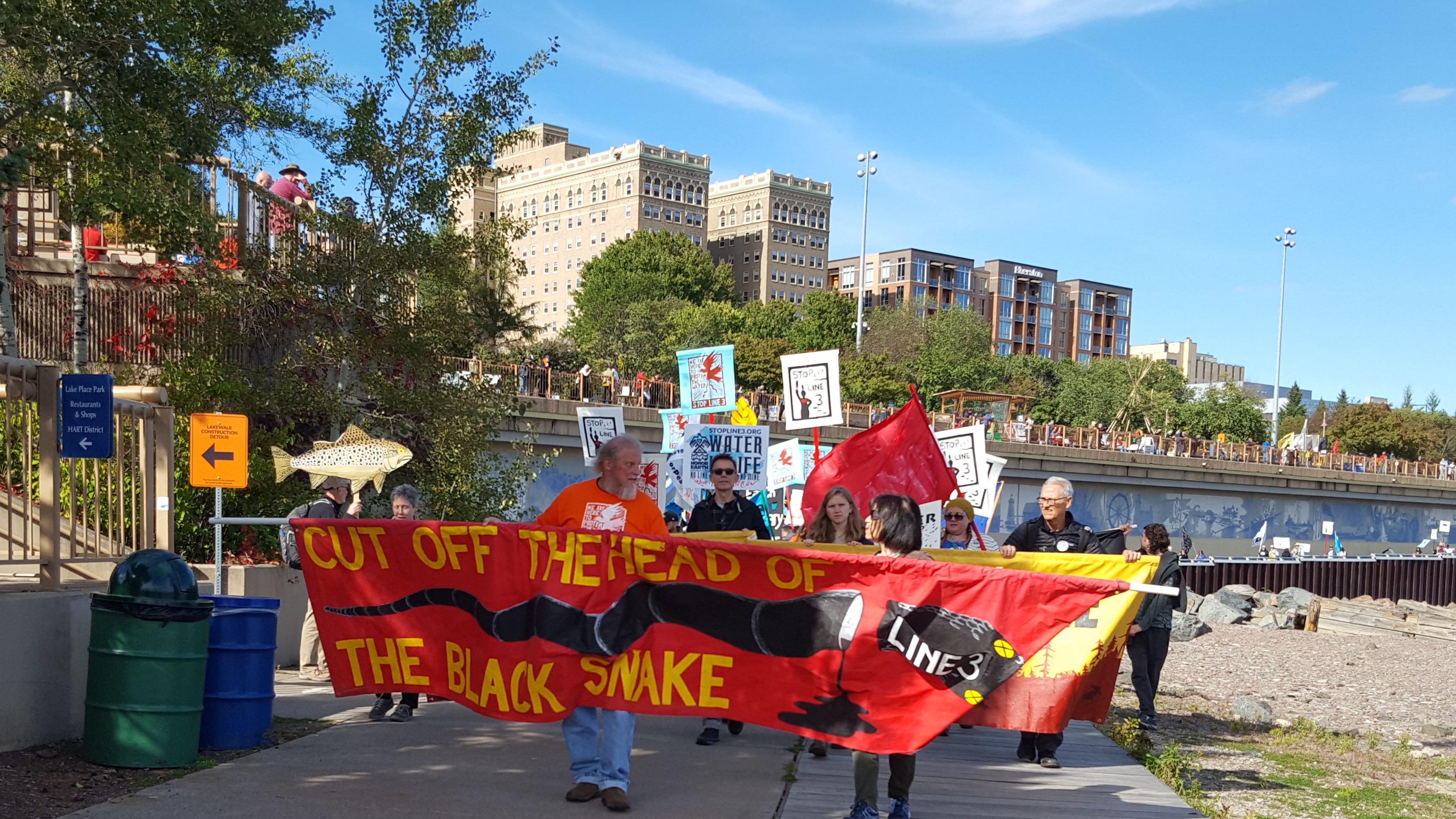 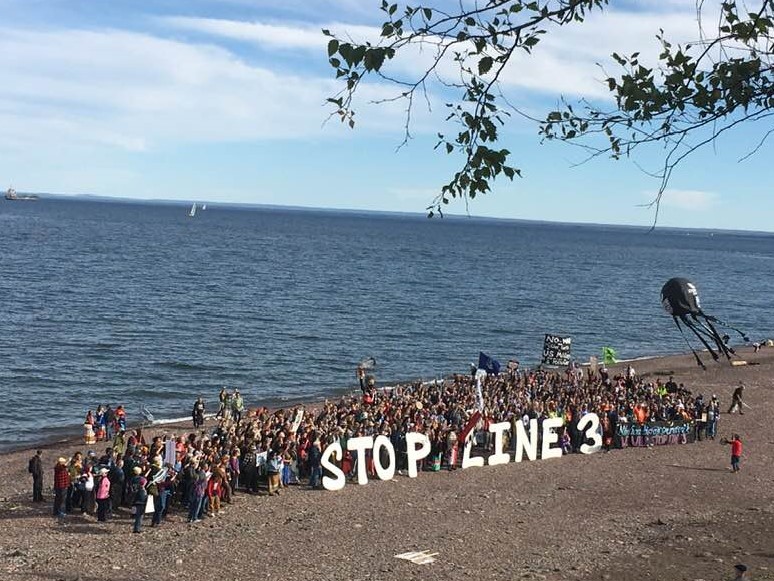 Above: On the shores of Lake Superior, 350MN demonstration in Duluth MN, October 2021.

Below: Demonstration on July 9, 2021 in Palisade MN, sponsored by Honor the Earth. 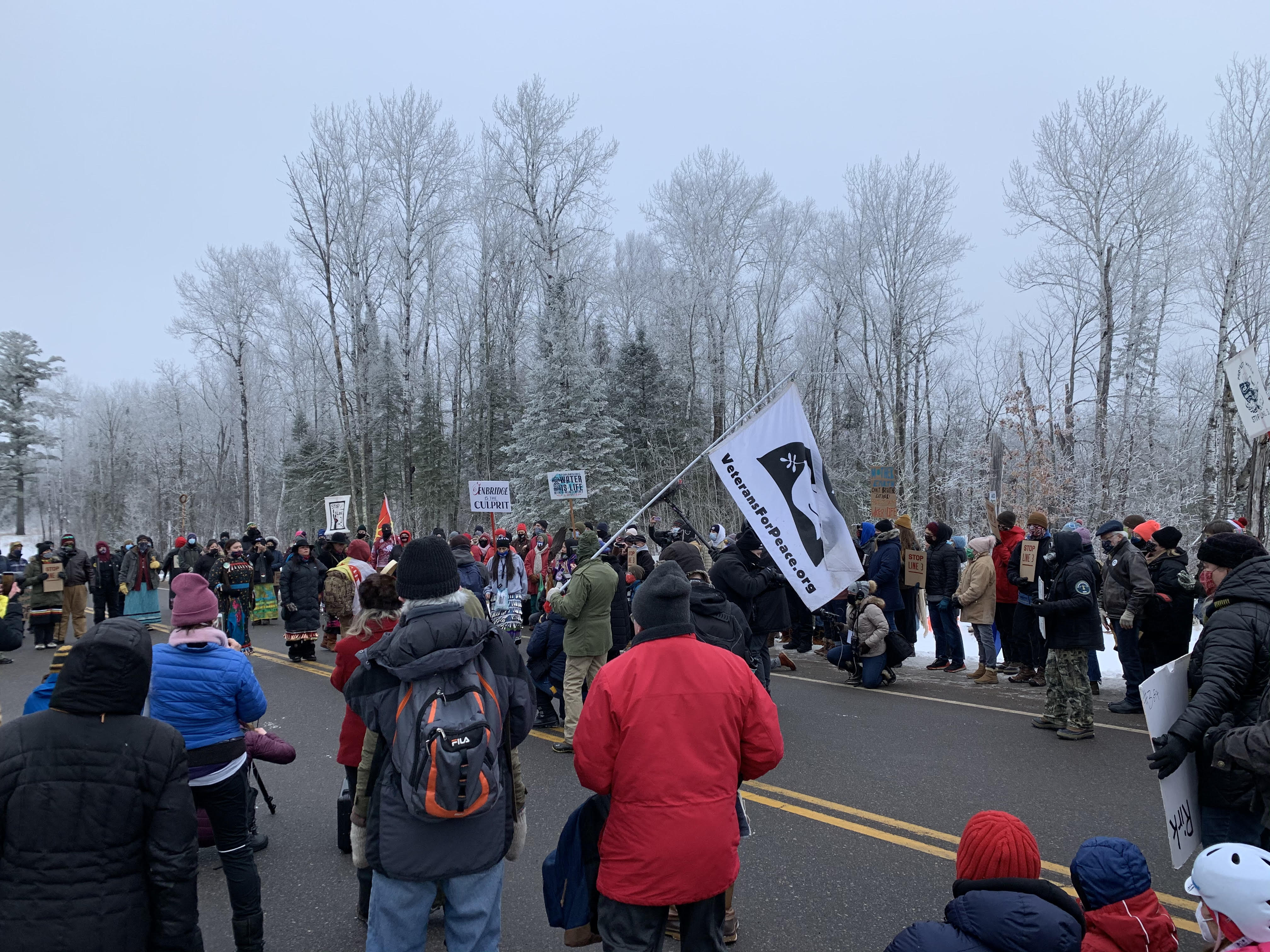 Below: Clearbook MN, June 2013 at Enbridge terminus pipeline crossroads where oil is separated to be sent to different places in the country for Koch Industries and other oil companies. 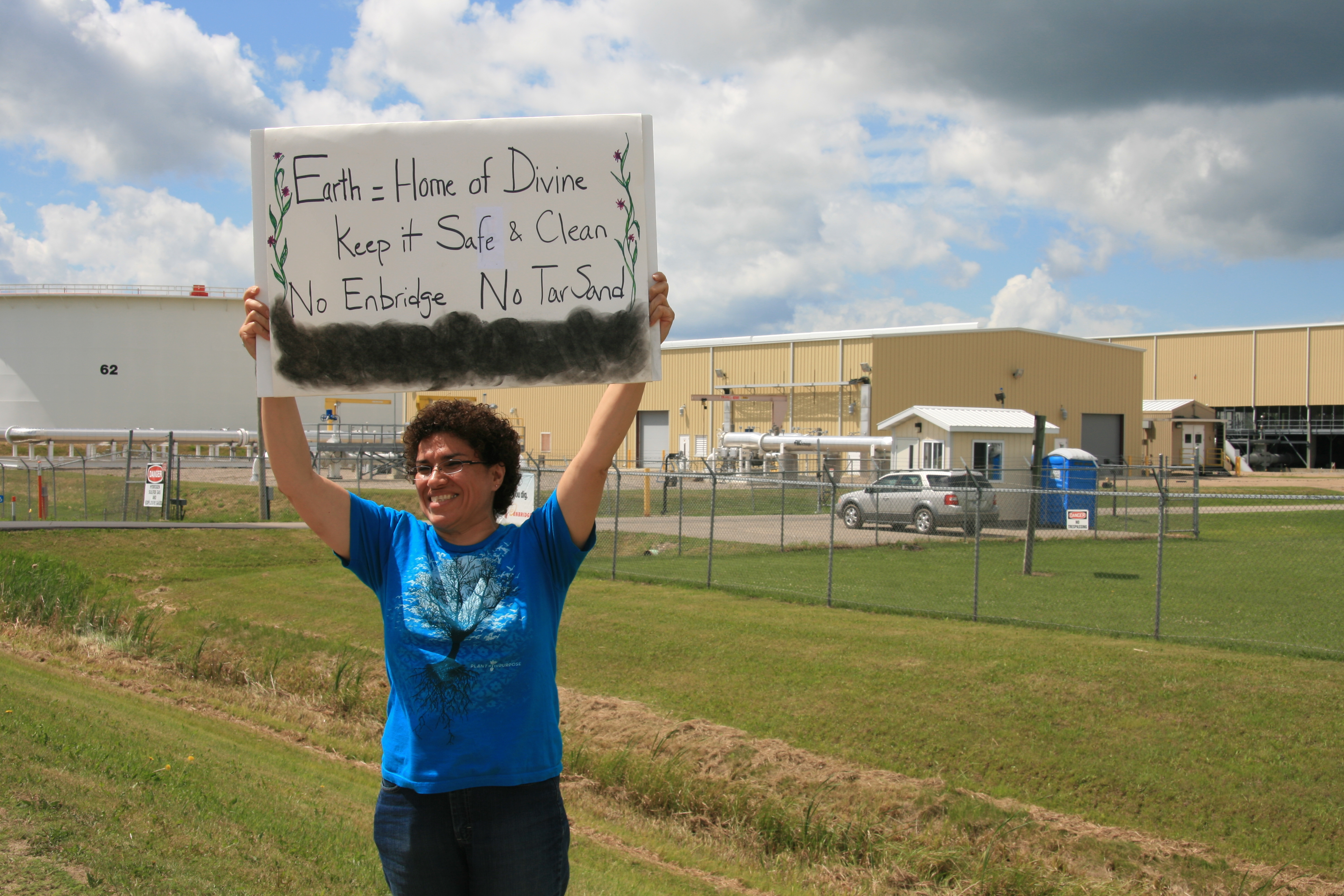 Donate
By Rise Up TimesPublished On: January 31st, 20212 Comments