Potentially billions of people would die hideously from acute radiation sickness, vomiting, and bleeding to death. As thick black radioactive smoke engulfed the stratosphere, the Earth would, over time, be plunged into another ice age—a “nuclear winter,” annihilating almost all living organisms.

Australian-born Dr. Caldicott, a pediatric physician, has been a key organizer with several anti-nuclear organizations including International Physicians for Social Responsibility. A tireless advocate for educating about the medical effects of nuclear weapons and the need to eliminate these massively deadly weapons, she issued yet another admonition, this time on the anniversary of the U.S. nuclear bombing of Japan 75 years ago.  Excerpts from “The Lessons We Haven’t Learned,” Helen Caldicott, The Progressive, August/September 2020:

Potentially billions of people would die hideously from acute radiation sickness, vomiting, and bleeding to death. As thick black radioactive smoke engulfed the stratosphere, the Earth would, over time, be plunged into another ice age—a “nuclear winter,” annihilating almost all living organisms. Seventy-five years after the dawn of the nuclear age, we are as ready as ever to extinguish ourselves. The human race is clearly an evolutionary aberrant on a suicidal mission. Our planet is in the intensive care unit, approaching several terminal events….

There are 450 Minuteman III nuclear weapons operational on the Great Plains—in Montana, North Dakota, and Wyoming. In each missile silo are two missileers who control and launch the missiles which contain one or two hydrogen bombs. Planes armed with hydrogen bombs stand ready to take off at any moment, and nuclear submarines silently plow the oceans ready to launch. …

Both the United States and Russia have nuclear weapons targeted at military facilities and population centers. Nuclear war could happen at any time, by accident or design. The late Stephen Hawking warned in 2014 that artificial intelligence, now being deployed by the military, could become so autonomous that it could start a nuclear war by itself. 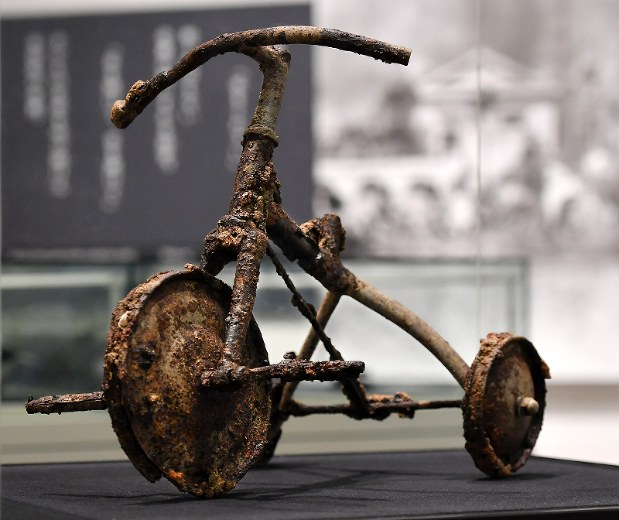 Kvale studies, speaks, and lobbies about nuclear issues and has delivered speeches at both the Hiroshima and Nagasaki commemorations. (Minneapolis and Hiroshima are sister cities. St. Paul is a sister city of Nagasaki. Both cities conduct annual commemorations for the U.S. bombings of Japanese cities.) A member of the End War Committee of Women Against Military Madness, Kvale delivered a speech at the August 6, 2020, commemoration of Hiroshima in Minneapolis (excerpts follow):

Since the atomic bombings in Japan 75 years ago, there have been two parallel trends that have developed in nuclear weapons issues:

The second trend is the effort to control the spread of the bomb through treaties and disarmament agreements. But in 2012, Obama approved a trillion-dollar modernization of the U.S. nuclear arsenal (over 30 years). Two years ago, Putin claimed Russia has a hypersonic missile system [a delivery system that can travel many times the speed of sound]. The U.S. and China are scrambling to produce their own versions. And Trump has pulled out of the arms control agreements and has proposed above-ground nuclear testing (though this testing is getting a lot of pushback from Congress and scientists).

The major positive development is the International Treaty on the Prohibition of Nuclear Weapons, which has been signed at the UN by most nations, and ratified by 44.  If fifty nations do so (hopefully in the coming year), the treaty will become international law and a milestone that will make outlaws of the nine nuclear nations who haven’t ratified it. So far, only nine members of the U.S. House of Representatives, including Congresswomen Omar and McCollum of Minnesota, have signed the pledge to support the treaty. We need many more to sign.

Citizens should tell Congress to stop the nuclear race by opposing the modernization of the nuclear arsenal, cancelling the $85 billion project for 400 intercontinental nuclear missiles (ICBMs), and cancelling the new $10 billion Trident killer submarine which carries the equivalent of 2,000 Hiroshima bombs. But what about Russia, which has a roughly equivalent nuclear arsenal? Many Russian scientists want to disarm and Russia has said it is willing to extend the New Strategic Arms Reduction Treaty (START), which is set to expire in 2021. The treaty initially led to the dismantling of thousands of nuclear weapons and it should be extended.

We need our resources for the millions of virus victims and unemployed and for improving healthcare, education, and other parts of our infrastructure. And we must continue to break down the barrier of nationalism and the idea that people in other countries are “foreign enemies.” We are all brothers and sisters on the earth and we should work together to abolish these weapons so that children can inherit a safer world.

Donate
By Rise Up TimesPublished On: October 17th, 20201 Comment