…it was clear that the NPR audience would receive a propaganda twofer; full-throated demonization of an official U.S. adversary, and a hatchet job on Sanders. 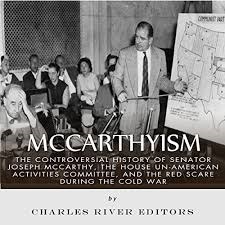 The February 26th All Things Considered piece titled Examining Bernie Sanders’ Comments On Literacy In Castro-Era Cuba was ostensibly a ‘fact check’. In reality, it was a poorly disguised hit piece on the Democratic Bernie.

Host Mary Louise Kelly opened the segment with this declarative; “Cuba has one of the highest literacy rates in the world, a point that Senator and Democratic presidential candidate Bernie Sanders has made repeatedly”.

She went on to say that Sanders had made the claim on 60 Minutes, and then played a clip of Sanders from the previous night’s debate, in which he said that he does indeed believe that Cuba has made progress in education under Castro, and that President Obama has said the same thing.

Following the clip, Kelly said that Sanders has been accused of “misrepresenting comments President Obama had made back in 2016” but did not name anybody who might have made such accusations, nor did she attempt to discover whether or not they are true.

Instead, she skipped straight to the ostensible purpose of the interview: “But we wanted to fact check what is true and what is not about Cuba and literacy.” She then introduced her guest, Andy Gomez, who she described as “an author and Cuba scholar.” It quickly became apparent that it would have been more accurate to describe him as an anti-Castro Cuba scholar.

Mr. Gomez would eventually concede, three minutes into the interview, that Cuba’s literacy rate had indeed improved from 80% to 100% under Castro. But first, he felt it necessary to put Sanders’ comments “in the proper context”.

That proper context was to explain that Castro had a “narcissistic mind”, and that he used education to “indoctrinate the children to a Marxist ideology.” This may or not be true, but why it is any more remarkable than the capitalist indoctrination that occurs in American schools was not explored, nor was it clear what the alleged indoctrination had to do with Sanders, who is not on the record as having denied that Marxist ideology is taught in Cuban schools. By this point in the interview, it was clear that the NPR audience would receive a propaganda twofer; full-throated demonization of an official U.S. adversary, and a hatchet job on Sanders.

Kelly was also prepared with a quote from an anti-Castro Cuban artist, Tania Bruegera; “Yes, they taught us how to read and write, and then they forbade us to read what we want and write what we think”. Once again, it’s not clear how this quote helps to determine the accuracy of Sanders’ claim of improved literacy in Cuba, unless the real fact check was into whether or not Sanders was sufficiently critical of a designated enemy of the United States.

The next comment from Gomez was itself in need of a fact check. He said, “I’ve spoken to many faculty at the University of Havana, and other universities, and there is no freedom of speech”. Such absolute statements are seldom true, but in this case, one need look no further than Gomez’ own twitter account to give it a Pinocchio or two. There, he recently promoted a commentary by Tim Padgett titled Why Trump’s Cuba Crackdown Doesn’t Frighten The Regime As Much As Engagement Did. Padgett wrote that following President Obama’s normalization of relations with Cuba in 2014 “dissidents felt more free to speak out and even protest.” An accurate assessment of civil liberties in Cuba would conclude that they wax and wane relative to the threat posed by its northern neighbor.

To conclude the five-minute piece, Kelly teed Gomez up with this question: “So if you could have been up there last night at the debate questioning Bernie Sanders, asking a follow up on this, what would it have been?”

Gomez did not whiff in his McCarthy moment. He said “The question I would ask Bernie Sanders, as an academic, I really don’t understand what is a socialist democrat. To me, that equals leftist communism, and it scares me a little bit”.

It seems the real intent of this ‘fact check’ interview was to scare the audience a little bit too.

Democratic socialism is a political philosophy supporting political democracy within a socially owned economy,[1][2][3] with a particular emphasis on workers’ self-management and democratic control of economic institutions[4] within a market socialist economy or some form of a decentralised planned socialist economy.[5] Democratic socialists argue that capitalism is inherently incompatible with the values of freedom, equality and solidarity and that these ideals can only be achieved through the realization of a socialist society.[6] Although most democratic socialists seek a gradual transition to socialism,[7][8] democratic socialism can support either revolutionary or reformist politics as means to establish socialism.[9] As a term, it was popularized by social democrats who were opposed to the authoritarian socialist development in Russia and elsewhere during the 20th century.[10][11][12]

None of these distinctions are made in this blatantly McCarthy-like smear and inaccurate account in this interview of Andy Gomez. This is NOT journalism. NPR has joined the mainstream corporate media in their attempt to destroy the candidacy of Bernie Sanders and propagandize the public. This piece is pure propaganda.