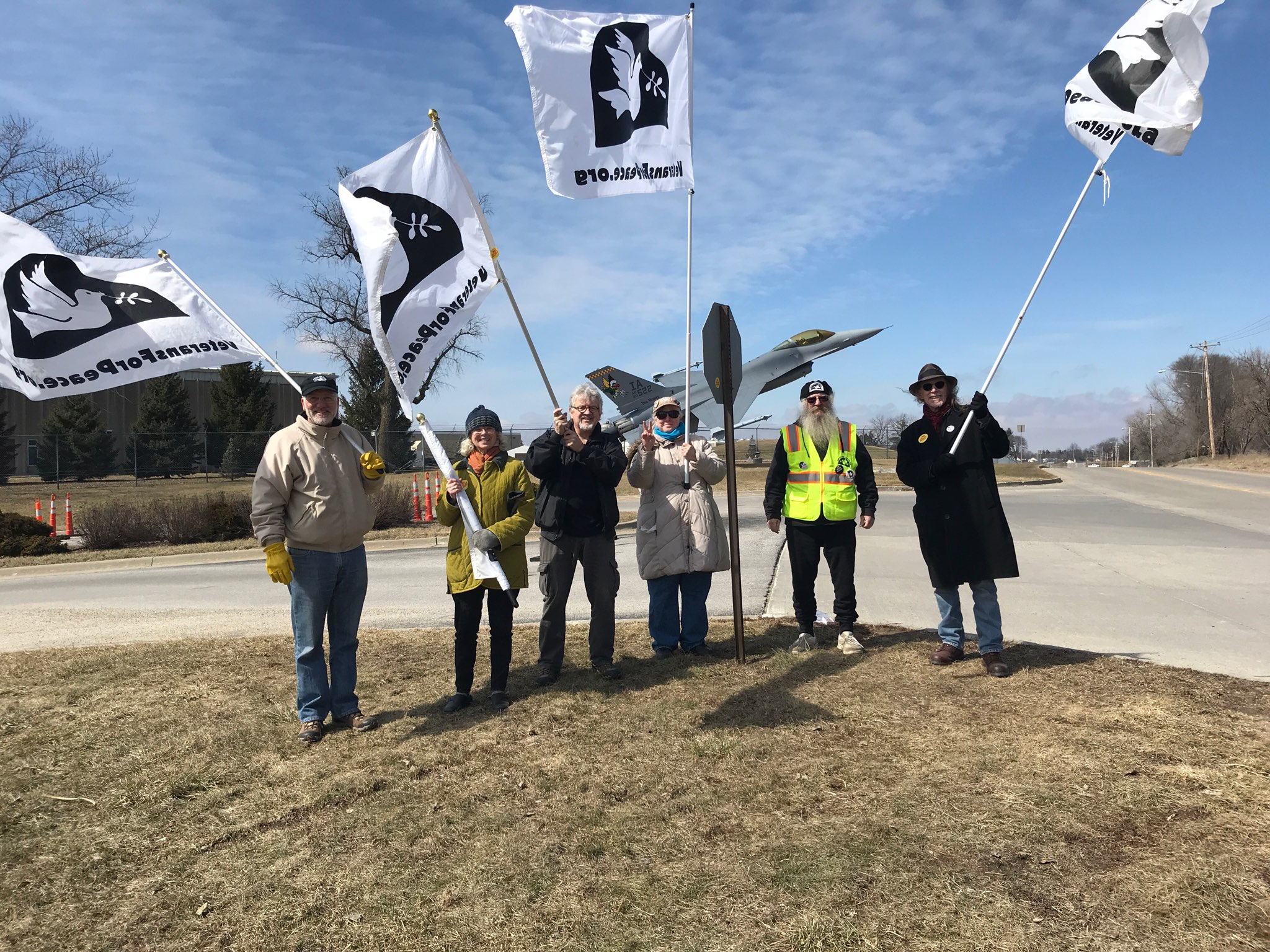 Here is a nice example of what the Iowa City Veterans for Peace Chapter is doing. The Des Moines chapter is embedded with the Catholic Workers in community there and a lot of their focus is anti-nuke and actions against the drone base there.  Mary McNellis, Steve (Gates), Mike McDonald, Penny and I had a memorable time at the protest. A lot of dedicated “Plowshares” folks there!

Veterans for Peace and Catholic Workers from across the Midwest converge on the Iowa Air National Guard Drone Command Center in Des Moines on Sunday, March 17 at 1 p.m.

The Midwest Catholic Workers – a loose collection of dozens of autonomous communities spread out in urban shelters, soup kitchens, and rural farmsteads across the region – held their annual “Faith and Resistance Retreat” March 15-17 in Des Moines. This year’s focus was the two-year  Des Moines Catholic Worker and Veterans for Peace “Close the DesMoines Drone Command Center” Campaign https://groups.google.com/forum/#!topic/national-cw-e-mail-list/YXTjg5KJuR4 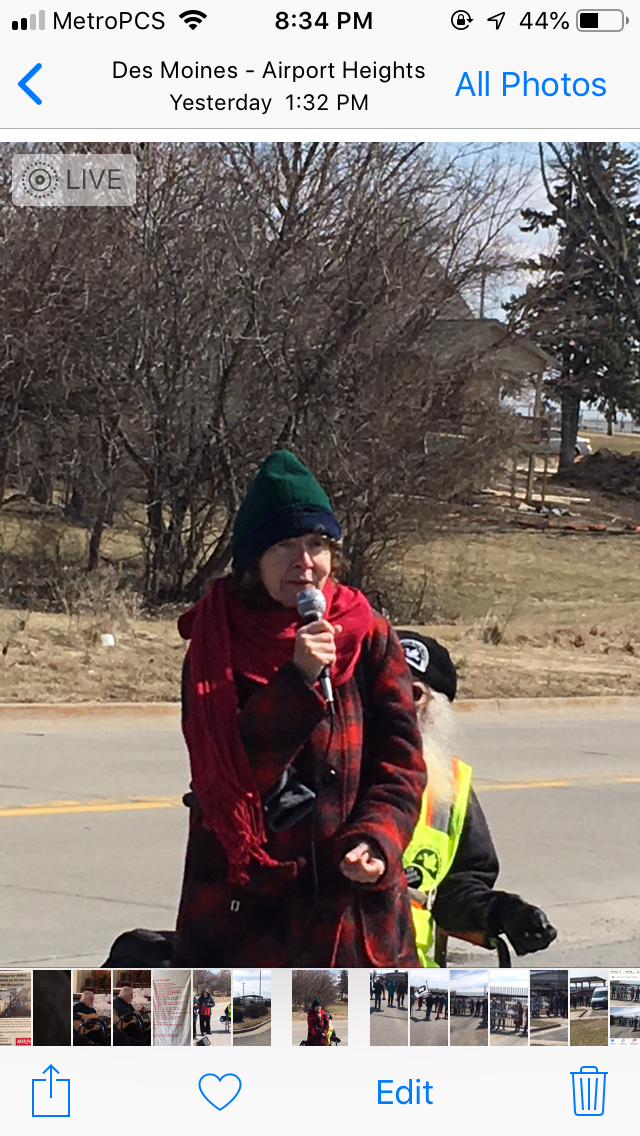 Kathy Kelly speaks about talking with an Afghan mother.

The Rally ended with a nonviolent direct-action witness with protesters walking onto the base, led by the eight Catholic Workers and Veteterans for Peace who risked arrest in an attempt to shut down the site. They were arrested blocking the main entrance gate with their message from St.  Patrick himself  “In Christ there is no killing”  Shut Down the Des Moines Drone Command Center!

All eight were taken to the Polk Cty. jail. Al Burney was bailed out. The other seven stayed in jail overnight, plead guilty before a Jail Judge Monday morning and were fined between $100 and $1,000 and set free.

Donate
By Rise Up TimesPublished On: March 29th, 20191 Comment