Water Unites All People on Earth 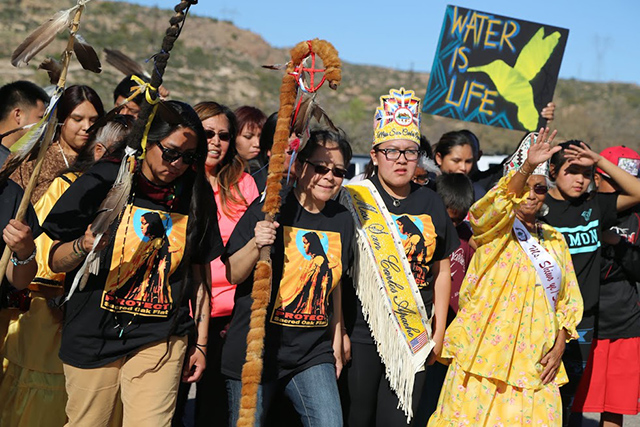 The problem with managing water is that while it can be done at great expense and effort, water obeys gravity and temperature, not human manipulation. Containing water is always temporary.

Water moves like nothing else on earth from the sky to the earth and underground, in the form of gas, liquid or solid. There is no life on earth without water.

When Minnesotans are presented with no jobs up north versus foreign companies shipping toxic tar sands oil across the state or extracting copper and nickel from the edge of the Boundary Water Canoe Area—it’s not a real choice. Mining or sucking oil out of underground are the dirty “choices” in a time of clean energy transition.

Here we are in the 21st century harking back to centuries-old industrial technologies that have brought us to climate chaos. Hurricane Florence has our family on crisis alert with relatives in Fayetteville, North Carolina.

I called a friend from North Carolina who reported ponding water in their front and backyard. She explained about de-contaminating her feet after walking in ankle-deep water to see if the mail was being delivered.

Nor is household trash or recycling being collected. She’s worried about drinking water. School’s out for probably two weeks. What is the ultimate price of no school lunches for half-a-month with stores bought-out and roads blocked.

Reduce-Reuse-Recycle is a bumper sticker of opportunity to stop drought, floods, migration, wars and the inevitable, increasing disparity of wealth and poverty not just in our country, but all over. It’s choice time.

Water Unites All People on Earth

Minnesota is a huge state divided into three distinct watersheds.

Much of northern Minnesota’s groundwater flows to Hudson Bay, from Lake Traverse (Brown’s Valley) northeast in an arc that goes through the Boundary Waters Canoe Area. This north flowing water includes flowage into the Red River of the North and Rainy River.

A semi-circle around Duluth feeds eastward into Lake Superior, through the Great Lakes and eventually out the St. Lawrence River to the North Atlantic.

But most of Minnesota is the top of the great Mississippi watershed.

Topsoil, fertilizers, anti-weed and bug chemicals from the corn and soy bean belt of ag-Minnesota gets carried south to the Gulf of Mexico’s “dead zone” stretching out of the mouth of the Mississippi from Louisiana to Texas.

A mini-example of water’s determination to flow with gravity can be seen at Coldwater Springs where the National Park Service dug a second creek path resulting in stagnant water. The Park Service created an “Earth Mound” with tons of dirt fill; however, small water trails are trickling back into the pond. Some people say water remembers.

Water can “scrub” itself by filtering through sand, soil, rocks. Water can screen out impurities while it picks up mineral nutrients. Our local limestone leaches calcium and magnesium into the water. Coldwater Springs water issues directly out of bedrock and “tastes” of the minerals it passes through.

Minnesota’s water doesn’t just stay in Minnesota. And it doesn’t rain on just one person. The 2011 Fukushima nuclear disaster dropped “hot” rain across America. Do you eat fish? If your seafood comes from the Pacific Ocean it could be contaminated by the continuing meltdown from the Fukushima nuclear plants.

Water’s amazing carrying capacity wears down mountains. So what do we do? Do no (more) harm. Work with natural forces, a development strategy called “bio-mimicry.”

Smart development would include refusing Canada’s toxic PolyMet proposed copper-nickel mine near the Boundary Waters Canoe Area and the Canadian Enbridge expansive new tar sands pipeline through Anishinabe rice lands. Line 3 crosses groundwater that flows to the Mississippi, Hudson Bay and the Great Lakes and stymies efforts to a clean energy transition. Here’s more about sulfide and precious metals mining:

The sulfide and precious metals mining process produces a toxic slurry of finely ground mine tailings, that inevitably contain undesirable toxic substances like arsenic, mercury, and other toxic sulfide minerals, which are poisonous to all living things. A major difference between taconite and copper/nickel/gold/sulfide mining is that the post-extraction waste volume for sulfide mining is 99+% and for taconite it is only 60%.

Foreign companies in concert with local politicians are lobbying to destroy our water for immediate profit that could take the next 1,000 to 3,000 years to de-pollute. Gov. Mark Dayton could nix Line 3 but has not. Gubernatorial candidates Tim Walz (D) has stated that science can contain copper-nickel waste ponds for the next 500 years; Jeff Johnson (R) has not delineated his water policies.

Appointed Sen. Tina Smith, with millions of dollars in medical investments, sponsored a bill to facilitate PolyMet mining. It lost, thank goodness. Smith is the endorsed-Democratic candidate for Al Franken’s seat. Sen. Amy Klobuchar’s Washington office was “unable” to state her position on Line 3 or PolyMet.

Is there anybody to vote for? Voting against both major party candidates is a denial of choice.

Compared to PolyMet copper-nickel mining or tar sands Line 3, e-commerce could leave our northern neighbors with an environment beautiful and safe enough for constant tourism. The boundary waters is unique in America offering clean water and quiet.

Our Constitution declares treaties to be “the supreme law of the land” (Article 6, Section 2). Anishinabe rice lands are guaranteed by treaty rights and violated repeatedly. If we don’t respect our own rules then the rules become waste paper. The foundation of the nation, The Law, is on the block to the highest bidder.

← Kavanaugh Hearings: Toxic Masculinity is Endemic to the Far Right, Henry Giroux
Lynching the Past, by Chris Hedges →