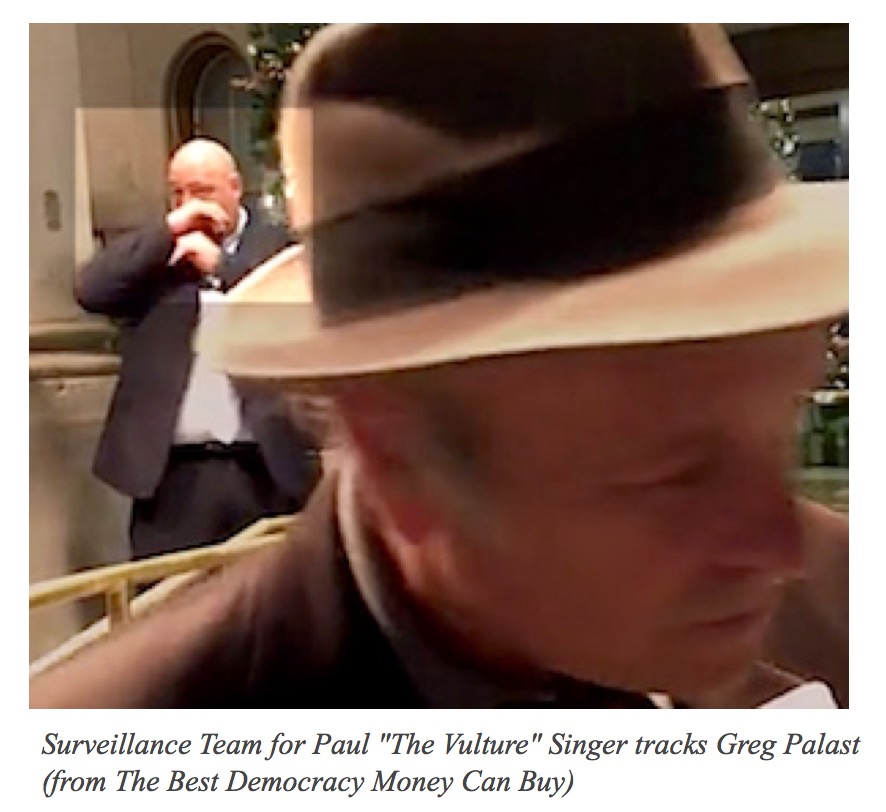 Do we hate Trump so much, we’ll cheer FBI perjury, cheer the monstrous FISA star chamber and the surveillance horror show exposed by Ed Snowden?

Like it or not, that creepy little GOP shill Rep. Devin Nunes, revealed facts that should scare us.  First, FBI agents failed to tell the Foreign Intelligence Surveillance (FISA) court that the file it used to justify spying on a US citizen, the “Steele dossier,” was paid for by Hillary Clinton’s campaign.

True, the FBI dropped a footnote about the source coming from a “political entity,” a fuzzy cover-our-ass comment that failed to state known partisan bias. But failure to tell the court the whole truth and nothing but the truth is perjury.

Amazon has just released the new post-election edition of Palast’s film, The Best Democracy Money Can Buy:  The Case of the Stolen Election on DVD and stream(FREE for Prime Members).

Ironically, Nunes himself commits the same perjury, by failing to mention the original creator of the report.  Before Hillary paid for a copy, the file was already written for a news front sponsored by Republican billionaire Paul Singer.  Singer: Better known as “The Vulture.”

Singer The Vulture, the court should have been told, has a long history of creating what FBI Director James Comey himself called “salacious and unverifiable” files on his enemies.

I know.  Because The Vulture created a file on me. And on elected officials worldwide who got in the way of his next billion.  Poisonous garbage – but really effective, deadly garbage.

In 2011, I flew to the Congo and discovered that The Vulture had seized the funds meant to end a cholera epidemic.  I reported on Singer’s deadly capers at the top of the BBC news, on the front page of the Guardian and on Democracy Now!

To spike the story, The Vulture’s PR flunky called BBC and said, “We have a file on Greg Palast.”  Apparently, it contained the same kind of salacious garbage peddled by Steele.

The BBC pressed Singer’s flak to turn over the actual dossier. Singer’s flunky backed down after admitting it contained old fabricated smears that had been long discredited. (In fact, a US power company had to write me a fat check in punishment for the libel.)

So, it’s personal.  When I hear that some Trump toady is slimed by a suspect Singer file, I don’t clap with joy. 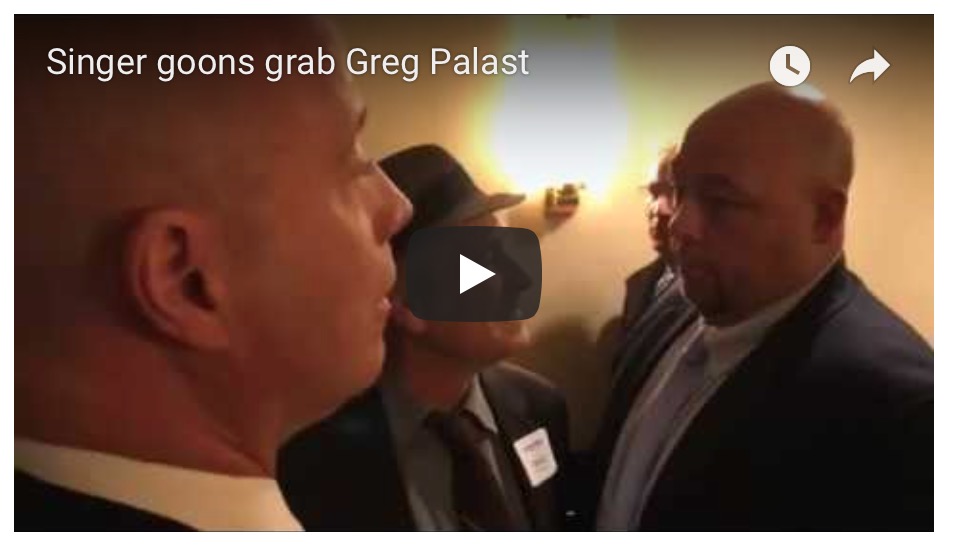 Singer has slipped secret, poisoned dossiers to media outlets to destroy the reputations of elected officials from Argentina to the Congo — all to make another billion.

Indeed, his PR flak boasted how he had planted stories about the president of the Republic of Congo with a pliant Washington Post. It was part of Singer’s campaign to seize $400 million from the Congo for old bonds he bought for just $10 million during the nation’s civil war. Singer seized funds that were made available to the Congo by US and European taxpayers to help the destitute nation clean its water supply and end a cholera epidemic.

Even the US Treasury has accused him of “extortion.”

It worked. The new president, Mauricio Macri, in his first days in office, paid Singer the billions of dollars Kirchner had refused.

While Nunes’ memo is poisoned by comically pro-Trump bias, we cannot ignore his exposure of the ill influence of partisan FBI agents like Peter Strzok.

I ask you to read the texts to his love-interest, Justice Department attorney Lisa Page. I don’t give a toot about their fooling around, I care about how they deliberately bent the investigation of Hillary Clinton to protect her.

Bernie Sanders supporters take note. Strzok admitted that the FBI somehow overlooked that Clinton’s email server, which she claimed was used for wedding invites and the like, contained several emails marked with a ‘c’ for “confidential.”

Worse, Strzok, wrote that he saw himself as providing an “insurance” policy against Trump’s election. Remember that Comey press conference in which he stated that Clinton was “extremely careless” in handling classified emails? The Democrats blamed that for Hillary’s loss. In fact, it would have been far worse, except that Strzok convinced Comey to change the language to “extremely careless” from the much harsher – and possibly criminal – “grossly negligent.”

You can hate Trump all you want. But when FBI agents bend official statements to protect one candidate over another, our democracy is shot in the stomach.

Is Trump a bloviating bigot, a nuclearized narcissist miscreant? That’s a fact. So, why are we rushing to join his bonfire of our liberties?

Take my word for it: you don’t want the FBI picking our presidents.

The choice between FISA and freedom

Just one of the thousands of FISA court spy authorizations — revealed by Snowden — permitted the National Security Agency to get every single phone call made by Verizon callers, and similar demands were approved to seize the records of every major phone carrier.

The ACLU has been in legal combat with the FISA court over “mass, warrantless surveillance of Americans,” allowing use of “Network Investigative Techniques” (i.e. malware), and information collected under the law without a warrant that could be “used to disproportionately target disfavored groups, whether minority communities, political activists, or even journalists.”

I ask a simple question: have we no shame?
Again, the Nunes Memo does not discredit Mueller nor his investigation.

Nevertheless, the Nunes Memo exposed FBI perjury, how in secret the FBI brought the full dark powers of the surveillance state down on US citizens based on fabricated slanders, and used official power to flak for a Presidential candidate. And progressives are applauding?

So I ask you what Snowden asks: When you’ve crossed the wrong billionaire, when they come for you, will they quote your own words in praise of the Gestapo Lite?

*A version of this story was first printed in Truthout

Donate
By Rise Up TimesPublished On: February 12th, 20181 Comment