“Indigenous people are here to stay. And we’re not going to move unless it’s on our own terms, because this is our treaty land, this is our ancestral land, this is where our people have been for thousands of years.” 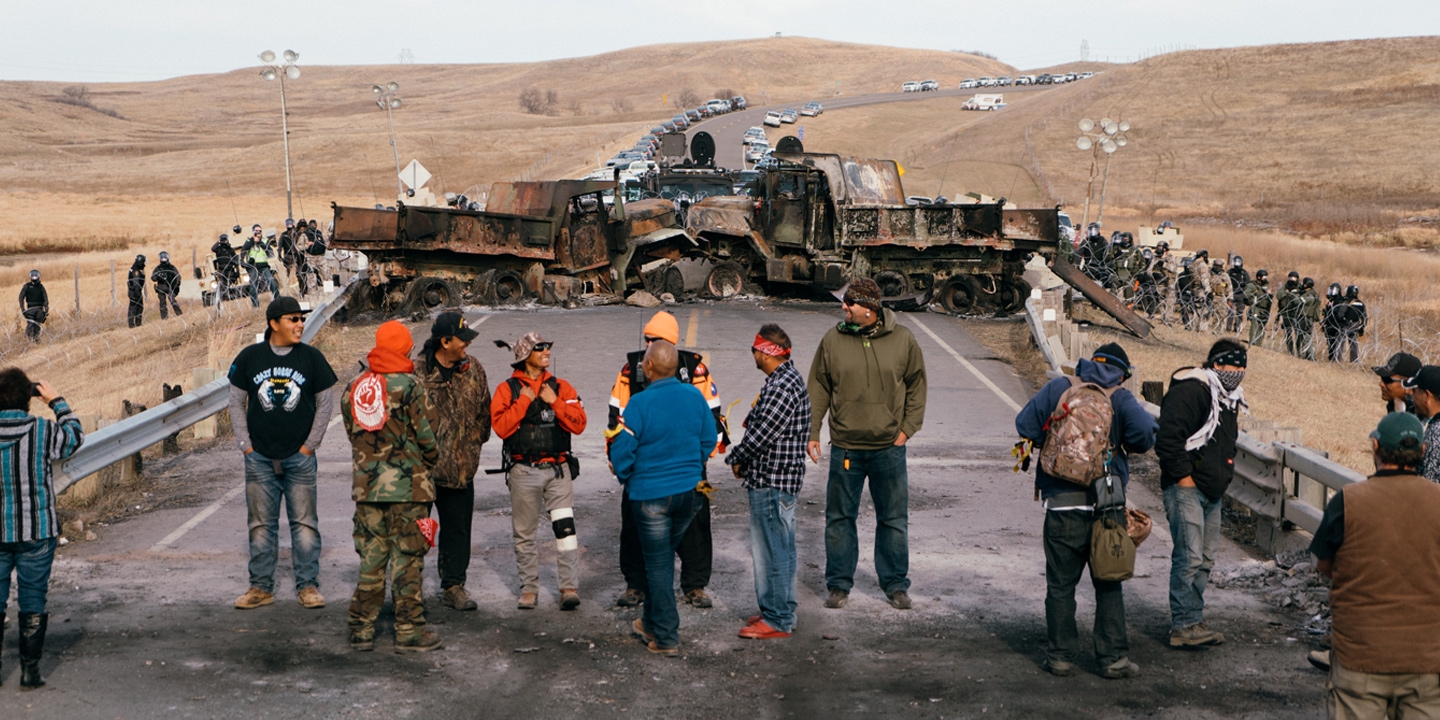 PAT BOYLE, A Denver-based journalist, was shot in the abdomen last Sunday by a rubber bullet as he reported from North Dakota on a clash between demonstrators and police that would end with 26 protesters sent to hospitals and 300 requiring other medical treatment. One woman was severely injured and underwent emergency surgery on her arm after officers unleashed “less than lethal” weapons, including rubber bullets, icy cold water, and, reportedly, concussion grenades on the crowd. Police were reacting to an attempt by Dakota Access pipeline opponents to tow away burned vehicles that officers had secured in place to act as a highway blockade, preventing access to pipeline construction sites down the road. The rubber bullet that hit Boyle tore right through his press pass, leaving a jagged hole through the words “Unicorn Riot,” his news organization’s name. 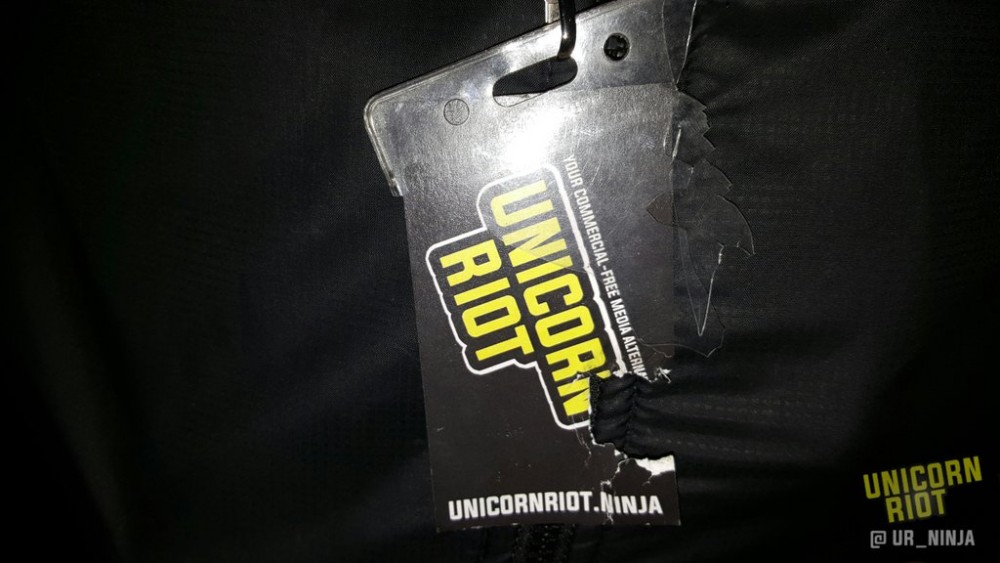 Reporter Pat Boyle’s press pass after he was shot in the abdomen with a rubber bullet.  Source: Twitter

The arrests of journalists and filmmakers covering the front lines of the Dakota Access pipeline fight highlight the limits of press protections and the central role of police, prosecutor, and court discretion in deciding whether or not members of the press should face legal consequences when covering protests. The arrests and violent crowd suppression tactics also reflect the refusal of police to discriminate between peaceful protesters, aggressive agitators, and journalists.

Unicorn Riot was one of the few media outlets that showed up on April 1, when members of the Standing Rock Sioux tribe arrived on horseback to set up a camp called Sacred Stone as a base for prayer and protest against the planned Dakota Access Pipeline, which if completed will transport half a million barrels of oil per day from the Bakken shale region of North Dakota to a hub in Illinois. And the media collective has remained a presence as the standoff reaches into the winter months with few signs of abating.

On Friday, the Army Corps of Engineers issued the Standing Rock Sioux tribe an eviction notice, demanding that thousands of people clear out of a second camp, known as Oceti Sakowin, located on land the Corps controls. “This decision is necessary to protect the general public from the violent confrontations between protesters and law enforcement officials that have occurred in this area, and to prevent death, illness, or serious injury to inhabitants of encampments due to the harsh North Dakota winter conditions.” The letter directed inhabitants to a site farther away from the pipeline construction area, dubbed a “free speech zone.”

“They’re giving us notice because the Corps of Engineers wants to reduce their liability when something serious happens,” said Standing Rock tribal chairman Dave Archambault during a press conference Saturday. “If [the Morton County Sheriff’s Department] wanted to, they would be able to come in and remove us. I don’t think that will happen.”

Nick Tilsen, co-founder of the Indigenous Peoples Power Project, which trains native people in direct action tactics, added, “Indigenous people are here to stay. And we’re not going to move unless it’s on our own terms, because this is our treaty land, this is our ancestral land, this is where our people have been for thousands of years.”

If nothing else, the eviction notice is likely to amplify tensions between pipeline opponents and police. The dynamic will play out on the front lines of protest actions, a space Unicorn Riot specializes in covering. It’s a space that can be legally precarious for journalists, where citizens with grievances meet publicly funded police straining (or failing) to balance law and order with constitutional speech rights. These situations often test the limits of the First Amendment, so video dispatches from the front lines provide distinct information about public life and the use of force to control a dissenting citizenry.

For example, video published by Unicorn Riot and others of tear gas canisters and water cannons sprayed directly into crowds of protesters last Sunday night, when temperatures stood well below freezing, countered police claims that the water was being used primarily to protect people from fire.

By comparison, footage published by the local Morton County Sheriff’s Department of a projectile landing on the far side of the police line came off as tame.

Unicorn Riot’s coverage is sympathetic to the pipeline opponents and is rarely favorable to the police, and its members are often mistaken for activists. They can be counted on to provide live-streams of pipeline protests that are later edited into more easily digestible short pieces. More immersive than mainstream media and more polished than the work of most activist documentarians, the collective’s coverage has been essential to understanding the events in North Dakota.

Yet police have repeatedly questioned the press status of Unicorn Riot reporters, and during mass arrests, they and other journalists have often been swooped up with protesters. “I’m not participating. I’m not building the barricade. I’m not pushing off against the police. I’m not going to pray at the water ceremony. I’m literally there observing,” said Lorenzo Serna, another Unicorn Riot reporter.

“If you come from too radical perspective, your right to report is somehow in question, because you’re outside the ideological frameworks,” said Chris Schiano, who has also been arrested covering the protests. “Most news organizations assume that nation states are legitimate and should exist. We try to report things outside of some of the central assumptions.”

Donate
By Rise Up TimesPublished On: November 29th, 20161 Comment