Nick Ruiz: It’s great to talk with you today, John. I came across your CounterPunch article, The Progressive Movement is a PR Front for Rich Democrats recently, and have been keen to talk to you about it and related fronts. So, if I understand your take on this, the progressive movement is largely ineffectual, and for some fairly obvious reasons. What role does the Congressional Progressive Caucus have to play in the mix here? Why have we not seen more efficacy in what they purport to do or represent?

John Stauber: I’m not sure the reasons for the ineffectiveness of the progressive movement are so obvious to people immersed in the Progressive echo-chamber. Individuals who are actively working for economic justice, peace and environmental change as volunteers, who are engaged on these issues in our communities and who see the dire need for real democracy and fundamental political, social and economic change, are often befuddled about our lack of power. 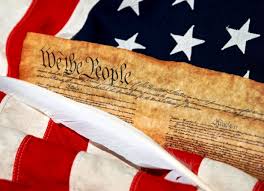 Most grassroots progressives haven’t realized that the professional paid staff and paid pundits of the Progressive media, think tanks and the non-profit movement organizations work for corporations.  These corporations are completely responsible to their major funders, foundations and any business corporations that fund them.  Some like CREDO actually are for-profit business corporations.
The Progressive Movement we see, and in whose media and messaging we are immersed,  doesn’t exist as an infrastructure to bring about change, it exists as parasitic marketing campaign, directed at those who want real change.  It looks like it is a Movement, but it doesn’t function like one.  It functions like any corporation. It exists primarily via marketing, PR and fundraising all in the name of public education and mobilization, but funneling all that energy and noise every two years into helping elect Democrats by bashing Republicans and promoting, if with pious and righteous reservations, Democratic candidates.
This was the crux of my piece in CounterPunch.  Wake up people!  If you want change, then organize, create movements and strategies and tactics that serve your interests and goals.  These big players — the paid activists at CREDO, Greenpeace, 350.org, MoveOn, the paid pundits at Nation and Mother Jones — they work for corporations who have their own agenda, a business agenda, and are primarily funded by wealthy Democrats and their foundations, or by “socially responsible companies” that these wealthy individuals and foundations invest in.

The real agenda of the Big Green groups, the Progressive Media and Progressive Think Tanks,  is raising money for themselves.  What they do is decided and directed by their small group of decision-makers who are funders or who play to the funders. The professional  Progressive Movement I criticize and critique does not ultimately represent or serve any real progressive movement at the grassroots.  It markets to them for followers and funding, and every two years votes for Democrats as the lesser of the evils.
The Progressive Caucus is made up of politicians who also are accountable to the progressive movement primarily in rhetoric. Ultimately they vote and behave not like some progressive vanguard, but like good Democrats.  Some elected politicians at the national level are more liberal than others, and politicians elected out of places like Madison or Berkeley or Manhattan are of course likely to sign up as members of the Progressive Caucus.  But our political process is wholly owned by the 1% who fund elections and the two Wall Street political parties.  Once a candidate becomes a successful politician, the voters have ever-less control because the moneyed interests become ever more important, and raising money and serving the interests of the party bosses become paramount to continued personal political success.
Yes, there are some exceptions to this sort of professional political behavior, but not many.  Once a person is elected they can already see their next career move after they are out of office.  They too can now punch a ticket to join the ranks of the lobbyists and PR flacks who make the really big money working on K Street or for industry-funded organizations.
What hides the reality I’m describing from your readers is wishful thinking on the part of individual progressive activists, who don’t see clearly how corrupt this all is, and how bought and paid for the Progressive Movement and elected politicians are.  They are immersed in the Progressive Echo Chamber, where their is plenty of criticism of the Right and the Republicans and the evil corporations, but almost no self-reflection or admission of the lack of a real progressive movement.
None of the Progressive Movement professionals dare admit this reality I’m describing.  The Progressive Movement corporations excel at marketing, advertising, fund-raising and public relations, they create the delusion of a powerful movement with political clout because it serves their business model and bottom-line.

It is easy for politicians to pander to the progressives, because they know there is not a powerful movement that can hold them accountable.  Look at the President of the United States, Barack Obama.  His rhetoric is often wonderful, and he can tell progressives what he knows they want to hear.  But as he himself said in one especially honest moment, he is not doing the work of Martin Luther King, who would oppose him vigorously on issues domestic and foreign.  He is not a progressive, and he knows it, but he can play one on TV.  He knows that ultimately the Progressive Movement will make sure that the social change vote goes to the Wall Street Democrats, and opposed to the Wall Street Republicans.  It’s a wonderful system, the myth and management of American democracy!
As one of America’s truly great journalists I.F. Stone said, “all governments are run by liars, nothing they say should be believed.”  Governments are run by politicians, and they excel at lying to voters, telling them what they want to hear, and then doing what their real bosses want done.  This may be a depressing analysis to ponder for people who desperately want to think that the Progressive Movement is ours and building for change, to hold these politicians accountable – but none of that is true in the real world.  But, the first step to freedom and real movement-building and institutional change is knowing these truths, taking off the Blue-tinted glasses.
Nick Ruiz: You flesh out some very troubling circumstances. Still, citizens in other eras have faced similar challenges and managed to push an agenda through the anti-social justice blockade. Lincoln and FDR were successful at achieving some significantly progressive legislation, and under the most dire and combative of circumstances. They set in motion, a number of precedents for what others were able to achieve after them, in terms of the social safety net and civil rights. What are we missing today? The appropriate personalities, perhaps? The appropriate backing of those personalities? Do we lack sufficient progressive members in the Congress? What of Alan Grayson? Or Bernie Sanders? We have to start again, somewhere. What lessons can we learn from the progress (or lack thereof) of our most recently elected progressives?