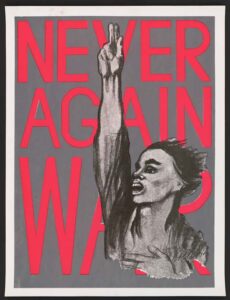 My name is Sue Ann Martinson and I am fundraising for my monthly bills (already stretched) because my computer wouldn’t work anymore. I had to buy a new computer with accompanying tech service, software, and a mouse on credit. But that has added substantially to my monthly bills. Any money I can raise to pay that big computer bill will help.
Some of you know I publish Rise Up Times, Media for Justice and Peace. At  Rise Up Times up-to-date education and information around the many issues that affect our daily lives is essential. The climate crisis and the threat of nuclear war are very real and paramount among other urgent and related issues such as gun control, homelessness, COVID, hunger, racist violence, and more.
Buying a new computer was essential to continue sharing information with you on Rise Up Times and social media. For over ten years Rise Up Times has spoken, bringing you articles of substance about issues of substance. 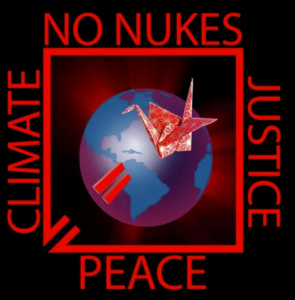 Rise Up Times publishes thoughtful analyses of those issues that affect our lives daily and serve as a basis for action.

Publishing began in earnest on RiseUpTimes.org in 2010, followed by Facebook and then other social media a year later in 2011. Rise Up Times covers issues of the day and shares ideas for the future from activists who know the issues they write about, providing insights and knowledge that provide a basis for informed actions, whether on the streets or signing petitions, writing letters to the editor, or otherwise engaging in the nonviolent actions it takes to build a movement.

P.S. A gift of $20 will make it possible to continue to bring you writing about peace and justice through stories, actions, events, and analyses of important issues, whether it be the question of nuclear war or the climate crisis, along with excessive spending on weapons and war and all the issues that spending affects in our daily lives such as climate action, gun control, homelessness, police brutality, student debt, prisons, racism, colonialism, voting rights…it is unfortunately a long list. Henry Giroux says:

​Resistance is no longer an option, it is now a matter of life or death. The lights are going out on democracy across the globe and the time to wake up from this nightmare is now.

And Pope Francis, in his new book Against War: Building a Culture of Peace, says:

“There is no such thing as a just war: they do not exist!”

These are truly Rise Up Times! Mary White, a founding grandmother of Women Against Military Madness, always said to choose one or two issues to focus on and support the others as you can. She also knew that activism can be exhausting, and to be effective you need to rest in order to rise. Be sure to take care of Yourself, too! 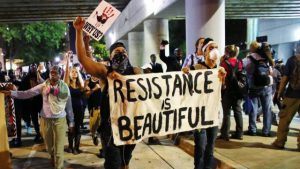