Update: On June 17, the British court ordered the extradition to the United States of Wikileaks publisher Julian Assange, who exposed war crimes. Assange is an Australian citizen.

At the World Press Freedom Roundtable on April 28, 2021, while scolding “repressive governments” that “incarcerate journalists,” Secretary of State Antony Blinken lauded the Biden-Harris administration’s commitment to press freedom saying that people everywhere should be free to “seek, receive, and share information and ideas”.[1]

Yet the accusation found on page two of the 18 count indictment of incarcerated publisher Julian Assange states that he and WikiLeaks, “repeatedly sought, obtained, and disseminated” classified information.[2]

Seek/sought, receive/obtained, share/disseminated: are these not synonyms differing in tense only? Or perhaps the distinction is that journalists can engage in these activities once or twice, but may not do so “repeatedly”? Whatever his rationale, Secretary Blinken and the Biden administration are engaged in a frontal assault on the First Amendment and freedom of the press.

British Home Secretary Priti Patel is expected to affirm or deny Julian Assange’s extradition to the United States to face these bogus charges before June 20, 2022. A member of the Henry (Scoop) Jackson Society[3], her decision is not expected to be favorable. If unfavorable, the struggle will continue.

Assange would likely exercise his right to cross-appeal and contest the adverse rulings in the initial extradition hearings where the Magistrate’s Court denied his extradition for reasons related to the threat harsh U.S. prison conditions posed to his mental health. Among those adverse rulings were that the U.S. prosecution was not political in nature, and that he would receive a fair trial in the United States. The facts that the CIA spied on him while in the Ecuadorian Embassy violating his attorney/client privilege,[4] and even plotted his kidnapping and assassination were dismissed.[5]

Meanwhile, Assange and his family struggle for some semblance of normalcy in their lives even as his persecutors employ process as punishment. When he and Stella Assange were married in Belmarsh Prison on March 23rd of this year, the authorities would only allow six guests into the ceremony, and then three of the chosen were disallowed.  Of those refused admittance, one was a photographer, another a journalist, and the other was former UK diplomat, Craig Murray, Julian’s close friend. The reason given in Murray’s case? His presence would “endanger the security of the prison”.[6]

Process as punishment indeed. And it covers the spectrum from the draconian to the petty.

Mike Madden is a member of Veterans for Peace, the Women Against Military Madness Tackling Torture at the Top (3T) Committee, and founder of the Twin Cities Chapter of Assange Defense.

A coalition of German Parliamentarians condemns the U.S. and Britain for the imprisonment and planned extradition of Julian Assange to the U.S. as an attack on press freedom. 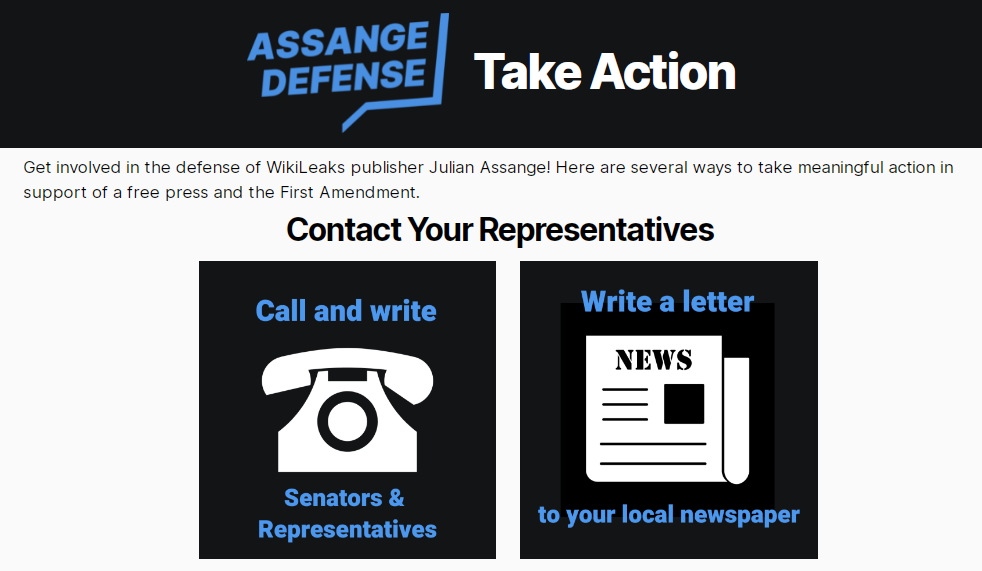