Co-sponsored by the Coalition for Peace Action & the Unitarian Universalist Congregation of Princeton. 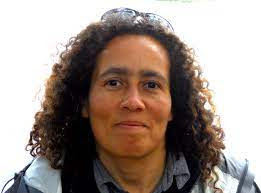 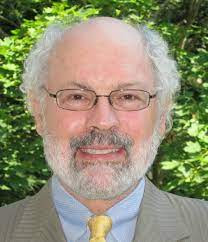 Two outstanding experts lined up as the primary speakers: Prof. Neta Crawford is the author of the forthcoming book The Pentagon, Climate Change, and War: Charting the Rise and Fall of U.S. Military Emissions and co-director of the Eisenhower Study Group “Costs of War” study (www.costsofwar.org) based at Brown University. She is also a professor of Political Science and currently chairs Boston University’s Department of Political Science.

Prof. Alan Robock is a Distinguished Professor of climate science in the Department of Environmental Sciences at Rutgers University, where he is co-director of the Rutgers Impact Studies of Climate Intervention (RISCI) lab. In 2017 the International Campaign to Abolish Nuclear Weapons was awarded the Nobel Peace Prize for “for its work to draw attention to the catastrophic humanitarian consequences of any use of nuclear weapons and for its groundbreaking efforts to achieve a treaty-based prohibition of such weapons,” based partly on the work of Prof. Robock.

In addition, Dr. Robert Harris who has a Ph.D. in Environmental Sciences and Engineering from Harvard University, will give an opening reflection.  After a faculty position at Princeton University, he co-founded a consulting company that helped industry and the government clean up contaminated sites, including  Department of Defense sites such as the Rocky Mountain Arsenal in Colorado and the dioxin contamination of the Passaic River in New Jersey from the manufacture of Agent Orange that was used to defoliate the jungles in Vietnam.

We are thrilled to have such outstanding speakers with practical experience, as well as deep knowledge of the intersection between the military and nuclear weapons as major contributors to the Climate Crisis, and the threat of nuclear war and the reality of war, such as the horrible one underway in Ukraine.

Link to more videos on the Ecology of War.

Rise Up Times, Media for Justice and Peace
Democracy is at Risk
Rise Up, Tune In, Turn On, RESIST
Read. Share. Donate.