The U.S.-led war on Afghanistan should never have begun, and we are glad that it ended. But the suffering is not over for the Afghan people. In the following essay pleading for the people of Afghanistan, Dominik Stillhart, director of operations for the Committee of the International Red Cross, describes the catastrophic conditions that Afghans face now and also the root causes of those conditions. He is honest about the fact that the situation is so enormous that solutions are beyond the capacity of humanitarian assistance, though providers do their best, because efforts to deliver humanitarian aid are impeded by politically-motivated economic and financial restrictions.  Stillhart also explains what must be done as tragedy looms.

I am livid. Pictures viewed from afar of bone-thin children rightly elicit gasps of horror. When you’re standing in the pediatric ward in Kandahar’s largest hospital, looking into the empty eyes of hungry children and the anguished faces of desperate parents, the situation is absolutely infuriating.

It’s so infuriating because this suffering is man-made. Economic sanctions meant to punish those in power in Kabul are instead freezing millions of people across Afghanistan out of the basics they need to survive. The international community is turning its back as the country teeters on the precipice of man-made catastrophe.

Sanctions on banking services are sending the economy into free fall and holding up bilateral aid. Municipal workers, teachers, and health staff haven’t been paid in five months. They walk up to two hours to work instead of taking public transportation. They have no money to buy food; their children go hungry, get dangerously thin, and then die.

At the pediatric intensive care unit the International Committee of the Red Cross (ICRC) supports at Mirwais Regional Hospital in Kandahar, the number of children suffering from malnutrition, pneumonia, and dehydration more than doubled from mid-August to September.

More broadly, severe and moderate global acute malnutrition is up 31 percent around Kandahar compared to the same period in 2020. Region by region the severity of child malnutrition can be up to three times the emergency rating. This is a serious food crisis even before the worst of winter sets in.

New support for hospitals: amid a sea of heartache is one small silver lining – the ICRC on Monday began supporting 18 regional and provincial hospitals and the 5,100 staff who work in them to help prevent total collapse of the public health system in Afghanistan. This support, slated to last six months, includes funding for running costs and medical supplies, and will ensure the continuity of nearly half a million medical consultations per month.

But it’s not enough.

Drought, failed harvests, and the economic collapse are all driving the increase in malnutrition. Rising food costs are pushing proteins and other staples out of reach. As the harsh winter sets in with temperatures below freezing, the suffering will be immense as people lack the cash to heat their homes.

What must be done?  Stillhart continues:

First, states must engage with Afghanistan. This is the only way to prevent a total collapse of essential services like health care and education. Political considerations should not interfere with humanitarian action. A political solution must be found to avoid irreparable humanitarian consequences. 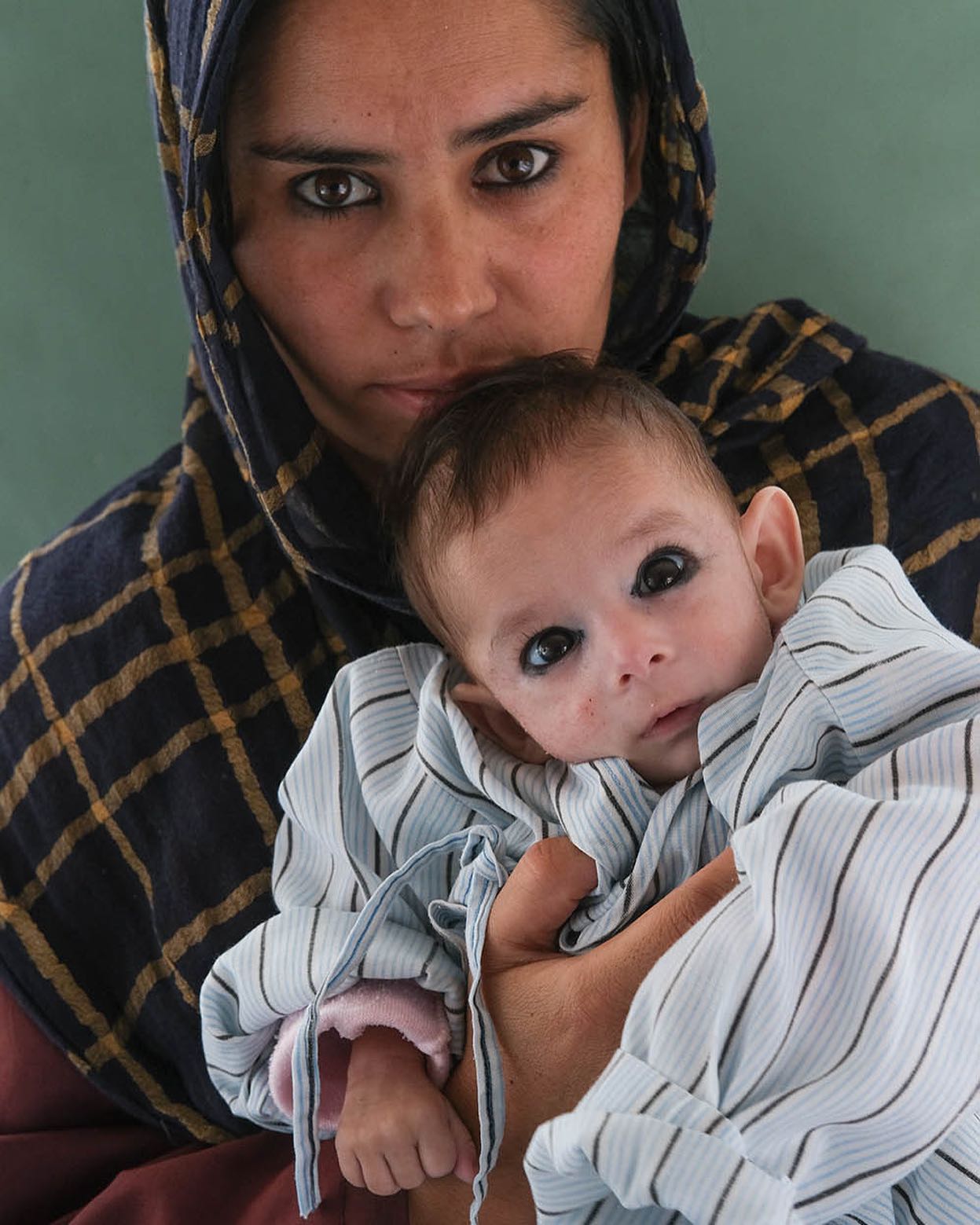 And this is technical but important. Foreign assistance to Afghanistan is currently put in question as donors ask themselves how they can comply with their legal obligations stemming from relevant UN Security Council resolutions. Simply put, some donors feel they can either comply with the resolutions and their own law — thereby denying life-saving assistance — or provide such assistance through organizations such as the ICRC and others.

Amid what we know will be a tragic winter, the ICRC will step up its response to the most urgent humanitarian needs, but humanitarian assistance is only part of the solution. The existing and projected needs are beyond any humanitarian organization’s capacity to deal with or solve.

More than 22 million Afghans will face crisis or emergency levels of acute hunger between November and March 2022, according to the latest IPC report [Integrated Food Security Phase Classification tinyurl.com/mfmn38hx]. The desperation can be seen in the huge crowds lining up in front of banks at 5 a.m. in the hope that they can withdraw a little bit of cash.

The empty eyes of hungry children are not something one soon forgets. It makes my plea to the international community even more urgent: that it rapidly finds creative solutions to save millions of Afghans from deprivation and despair. Ultimately, this is in everybody’s interest as it will help prevent Afghanistan from slipping back into conflict and violence, and help give Afghans more means to remain in their country.

The cynical decision to seize all of Afghanistan’s assets is reported in the back pages of the business and financial news…New York Times reporter Alan Rappeport, in the business section wrote: ‘The United States and the international community are already shutting the flow of money, leaving Afghanistan in the stranglehold of sanctions that were designed to cut the Taliban off from the global financial system. Analysts say the looming shock threatens to amplify a humanitarian crisis in a country that has already endured years of war.” (July 2, 2021)

The U.S. has blocked access to Afghanistan’s nearly $9.5 billion in the Afghan’s Central Bank’s assets (Al-Jazeera, Aug. 18, 2021). The International Monetary Fund suspended plans to distribute more than $460 million in emergency reserves to the country…The $1.3 billion held in funds in euros and British pounds and by the Swiss-based Bank for International Settlements are also frozen. Funds from the agreement in November 2020 among six countries to send $12 billion over four years for emergency relief to Afghanistan are frozen…Ajmal Ahmady, former acting governor of the Afghan National Bank, fled the country and tweeted safely from afar: “We can say the accessible funds to the Taliban are perhaps 0.1-0.2% of Afghanistan’s total international reserves. Not much.” ~ excerpted from Sara Flounders, “U.S. plans – sanctions and famine for Afghanistan”, Workers World, August 24, 2021

Donate
By Rise Up TimesPublished On: January 16th, 20220 Comments