The injustices that occur at the protests themselves are often overlooked. Protesters are in the position of putting their own bodies on the line. 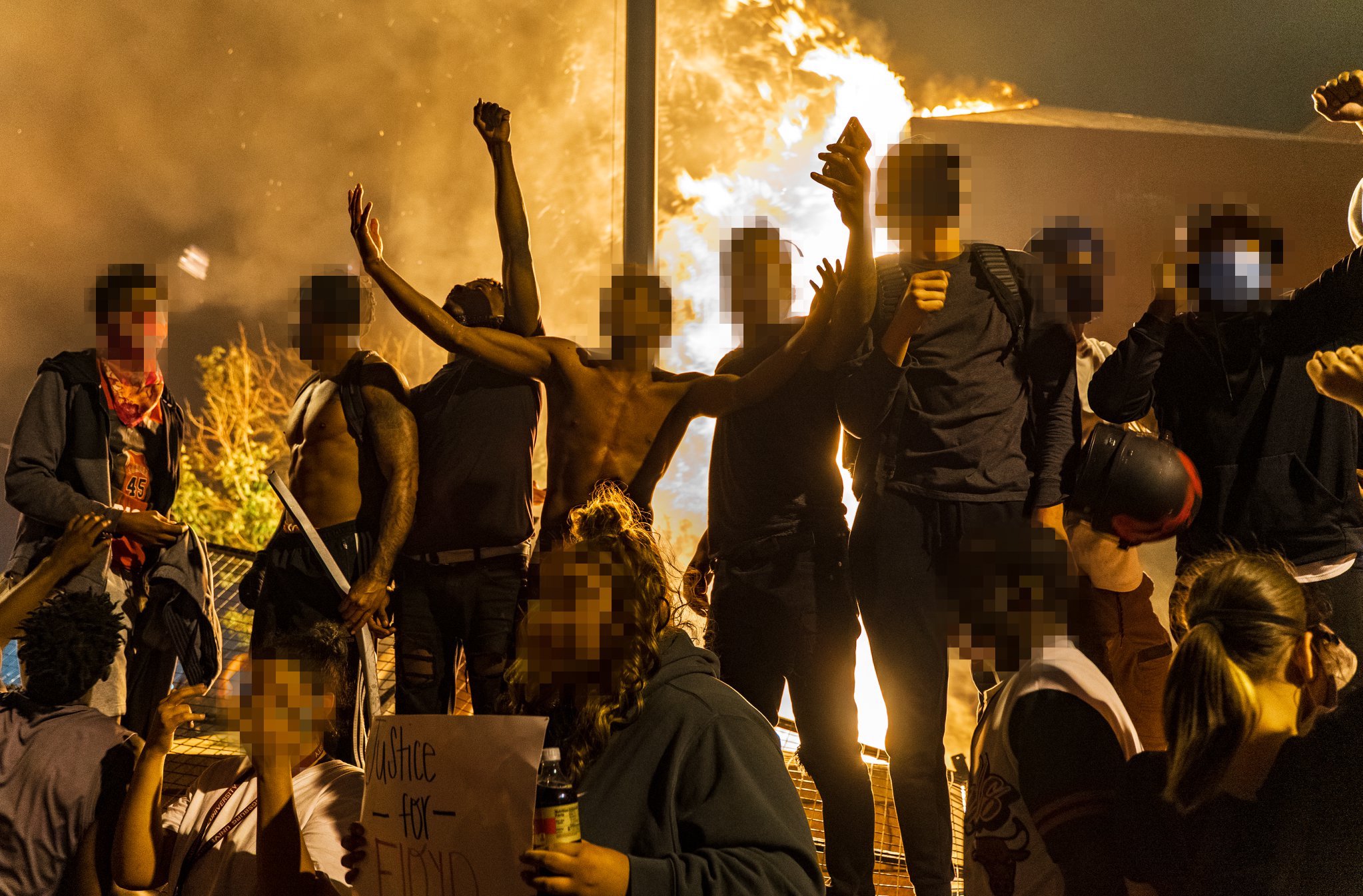 Less-lethal weapons have been used for crowd control by the police for decades, but only recently has medical documentation of injury emerged. “If we look back at historic protests, black people always had injuries. Violence has been used to silence calls for justice. Biomedical research over time has become more cognizant of … police brutality as a public health risk,” according to Dr. Brooke Cunningham, a University of Minnesota medical specialist.

The injustices that occur at the protests themselves are often overlooked. Protesters are in the position of putting their own bodies on the line.

“The fact that they’re shooting people out here, and tear gassing people all the time says a lot about the system and how militarized it is,” said Victor, 19, a survivor of police brutality, in an interview with journalist Georgia Fort. Ironically, as militarized as the police are acting, tear gas is actually banned from military use.

Following the death of George Floyd, the Department of Neurosurgery at the University of Minnesota conducted a study on the injuries caused by the less-lethal weapons used in crowd control: “What we found was alarming; 89 patients required emergency medical care, with 26 percent of those injuries being head injuries. An adolescent required emergency surgery after a strike to the head with a rubber bullet.”

On April 11, 2021, Daunte Wright was shot to death by Brooklyn Center Police Department officer Kimberly Potter by what was – according to Potter – supposed to have been a taser. Since the death of Daunte Wright, hundreds of demonstrators have gathered on Brooklyn Center’s streets demanding justice each night. Protests have always been a space of empowerment for communities to amplify their voices, to condole one another, and take a stand.

“A lot of these protests are peaceful. But the fact is that they want to shut us up,” said Victor, who was shot in the face with a rubber bullet, * sending him to the hospital where he was told he had a fracture in his face. “They are the ones constantly in full body armor. If you see these protests, you can see the difference in power. I don’t have anything that could hurt them physically.”

The amount of injuries and demand for medics during the George Floyd protests last year made the risk of protesting very clear. Many protesters fighting for Daunte Wright have made more of an effort to use protective gear like gas masks, umbrellas, and goggles, but have still been brutalized.

Protests have brought thousands of individuals together in pursuit of justice. But it has also brought in more law enforcement. The National Guard has been called in to help our state’s police departments, while the cops themselves have been initiating curfews and enforcing the same harmful tactics among protesters. Rubber bullets, tear gas, flashbang grenades, and other tactics such as kettling (cops closing in on protestors to trap them) continue.

“We found a substantial number of patients with serious injuries, including many injuries to the head, neck, and face. United Nations guidelines state that these weapons should only be aimed directly at the extremities and that hits to the head, neck, and face are potentially unlawful. … Under current practices, projectiles are not appropriate for crowd control,” stated an article published in the New England Journal of Medicine (January 2021).

Though the short-term effects of less lethal weapons have been widely circulating, there has been new conversation around the long-term effects of these weapons, as well.  Medical News Today (July 2020) reported: “Tear gas was initially developed as a chemical weapon for military use. These chemical weapons are now banned in warfare [The Convention on the Prohibition of Development, Production, Stockpiling, and Use of Chemical Weapons]. There are strict guidelines [United Nations Guidelines on Less Lethal Weapons in Law Enforcement] for tear gas use in public … from a distance, only using it outdoors, and using the lowest possible strength chemical mix.”

As families have been left to tactics such as stuffing their windows with wet towels to keep tear gas from seeping in, or having to drag in injured protesters, I worry for their safety. With the sounds of flashbang grenades, screaming, and the effects of tear gas all night, this can be traumatizing.

According to the American Lung Association, “long-term health effects from tear gas are more likely if exposed for a prolonged period or to a high dose while in an enclosed area. In these instances, it can lead to respiratory failure and death.”  U of M medical specialists were invited to speak with the Minneapolis City Council regarding the research on the harm patients experienced from the protests last summer. They recommended the discontinued use of launched tear gas canisters, which is awaiting approval from the Mayor.

Above photo: Law enforcement used flash bangs and tear gas on unarmed protesters at the demonstrations against the murder by police of Daunte Wright. These weapons can cause serious, even long-term injury. Photo: Brad Sigal

Jasmine McBride is a writer at BLCK Press (blckpress.com). This article was excerpted and republished with the permission of Jasmine McBride and BLCK Press. Carol Masters assisted with editing for this newsletter.

* Rubber bullets: “Rubber bullets, referred to as kinetic impact projectiles (KIPs) are made from a variety of materials including rubber, polyvinyl chloride, plastic or a composite including metal. A conglomeration of these materials into one bullet, propelled at a fast velocity and in close proximity, can cause terminal injuries.” ~ “Rubber bullets can be deadly, expert say, as George Floyd protests put spotlight on police use of projectiles.” Dr. Ayodola Adigun and Eden David,  June 9, 2020 ABC News tinyurl.com/582cjkkk  (note added by WAMM newsletter editor)

Donate
By Rise Up TimesPublished On: June 26th, 2021Comments Off on Less-Lethal Weapons: Violence to Silence Justice, by Jasmine McBride