A People’s Guide to the War Industry -3: Bribery and Propaganda

When war is your business, peace is your enemy, writes Christian Sorensen. Third in a five-part series on the military-industrial-congressional complex.

Congress does not exercise effective oversight of the military-industrial-congressional complex. The average congressperson is clueless about the intricacies of war, espionage, and peace. The average congressperson on Armed Services or Intelligence committees is more aware, but their views are carefully circumscribed by a capitalist imperative for profit and the information that armed bureaucracies selectively divvy out. 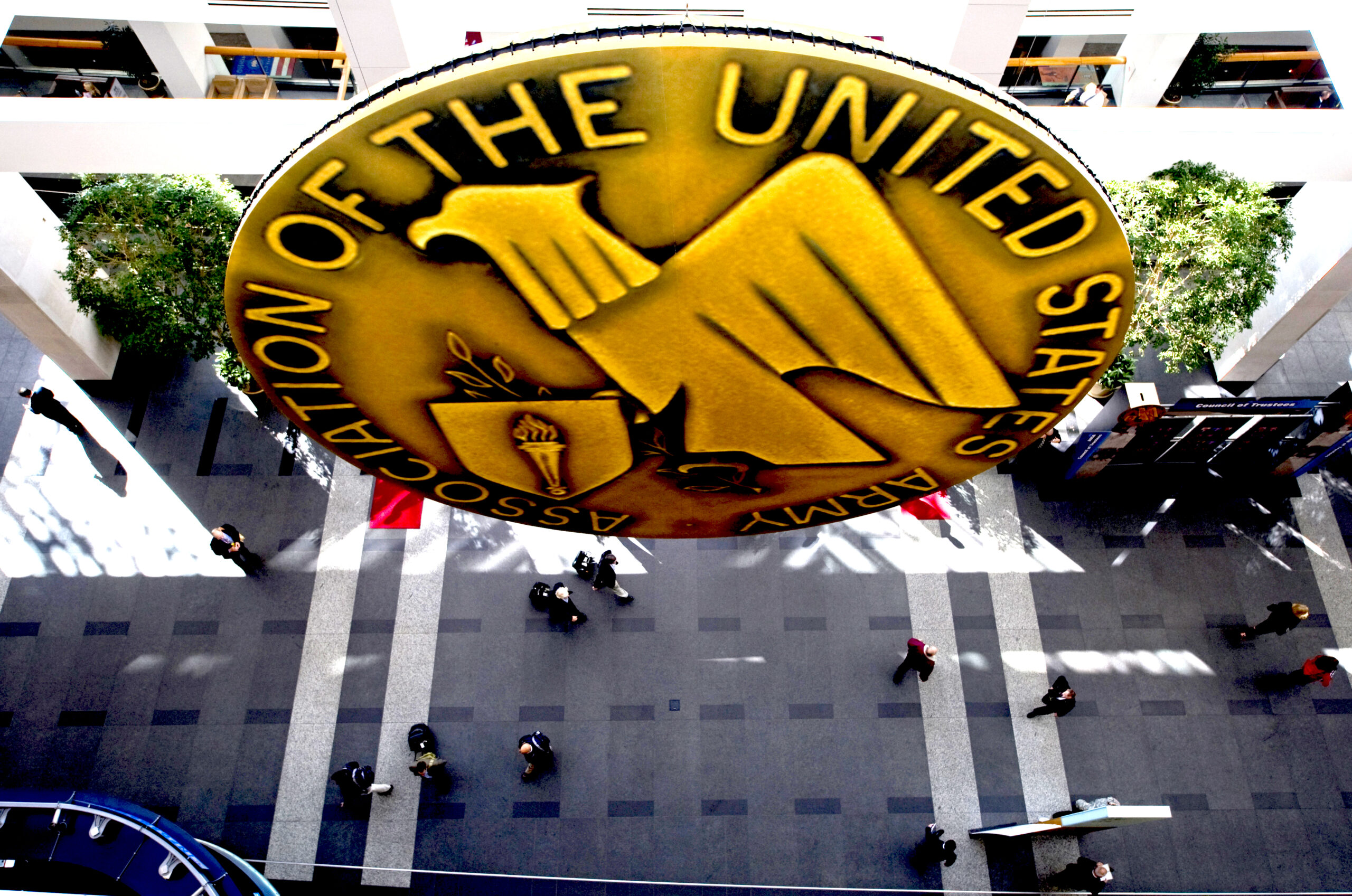 By Christian Sorensen  Special to Consortium News  May 28, 2021

Today, most lobbyists are engaged in a system of bribery but it’s the legal kind, the kind that runs rampant in the corridors of Washington…”

War corporations hire professional lobbying firms in order to influence federal policy. War corporations regularly spend millions on lobbying Capitol Hill. This is an effective, straightforward method for corporations to get their way. Jimmy Williams, a former lobbyist explained the system: “Years of legalized bribery had exposed me to the worst elements of our country’s political workings. Not even my half-million-a-year salary could outweigh my conscience… Today, most lobbyists are engaged in a system of bribery but it’s the legal kind, the kind that runs rampant in the corridors of Washington…”

“Unlimited expense accounts, nights out on the town, expensive bottles of wine, elaborate meals with sitting senators and Congress members — that was my life… It was an endless cycle of money trading hands for votes. It’s a wonder members of the House and Senate actually have time to legislate when they spend so much of their damn time raising money… Every fundraiser was yet another legal bribe. Every committee hearing I’d look up and think, ‘I just bought his vote.’ And every time I got a bill passed or, better yet, killed, I’d think to myself, ‘That wouldn’t have worked if I hadn’t bought the outcome.’” 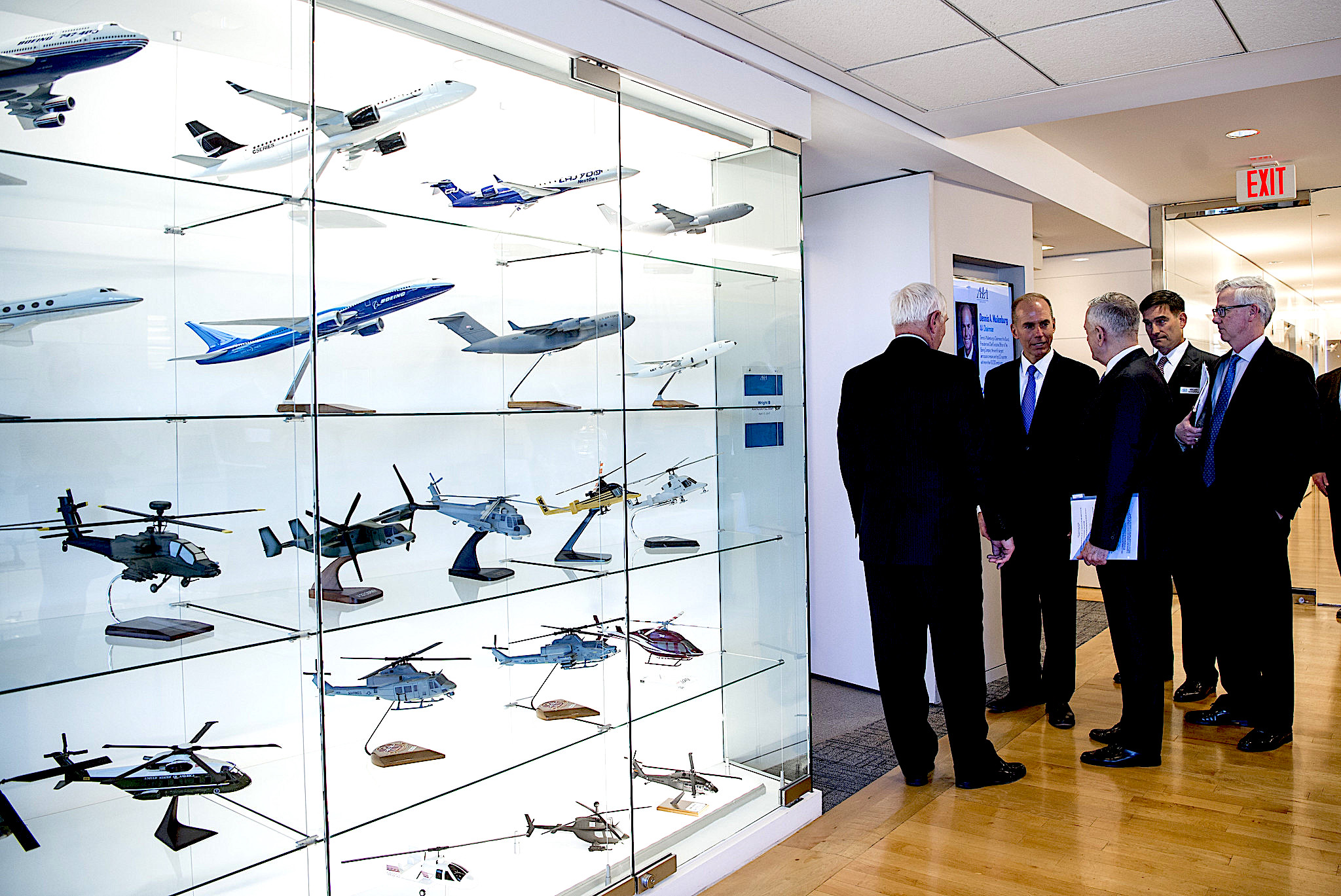 The most effective pressure groups include the National Defense Industrial Association (NDIA), Aerospace Industries Association (AIA), Association of the United States Army (AUSA), and Business Executives for National Security (BENS). Pressure groups are not legally lobbying firms, but they influence the military and Capitol Hill consistently and effectively. These groups advocate for gigantic military and intelligence budgets and “industry-developed” government regulation. Pressure groups arrange congressional testimony, issue fact sheets and policy packets that frame legislative debate, and give awards to sitting generals and admirals. Pressure groups frequently produce Industry Guides in order to “place your company in front of your customers.”

Most importantly, pressure groups sponsor and support industry displays (e.g. NDIA, Air Armaments Symposium; AIA, Dubai Air Show; and AUSA, Global Force Symposium & Exposition in Huntsville) highlighting the latest goods and services. Such displays are where corporate representatives schmooze with military honchos (officer and civilian) and pitch goods, services, and recommendations to those directing the wars. A pressure group may state it was “founded to educate its constituencies on all aspects of national security.” This is one way to lobby without lobbying. Many pressure groups adopt this “educating constituencies” character. 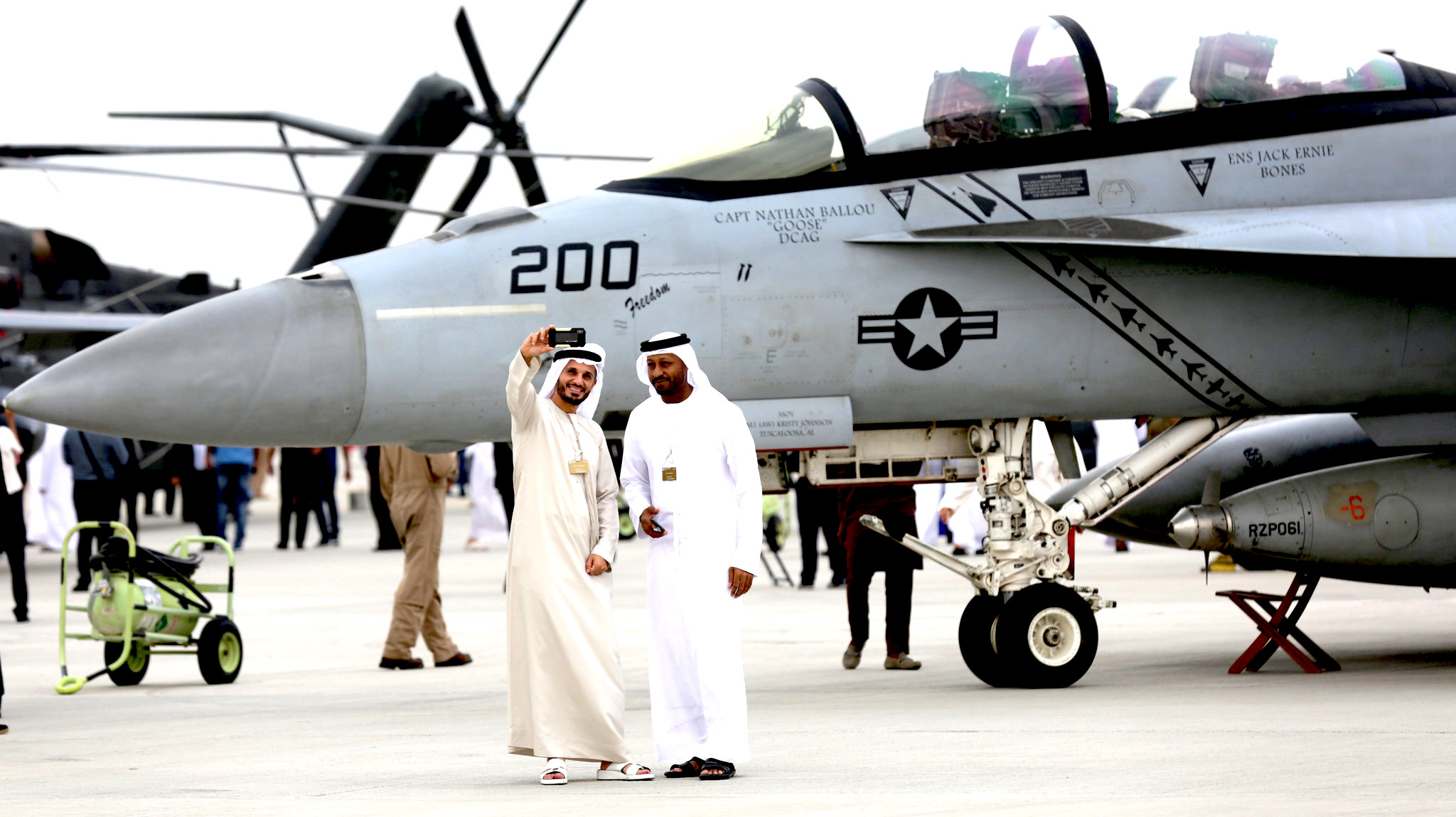 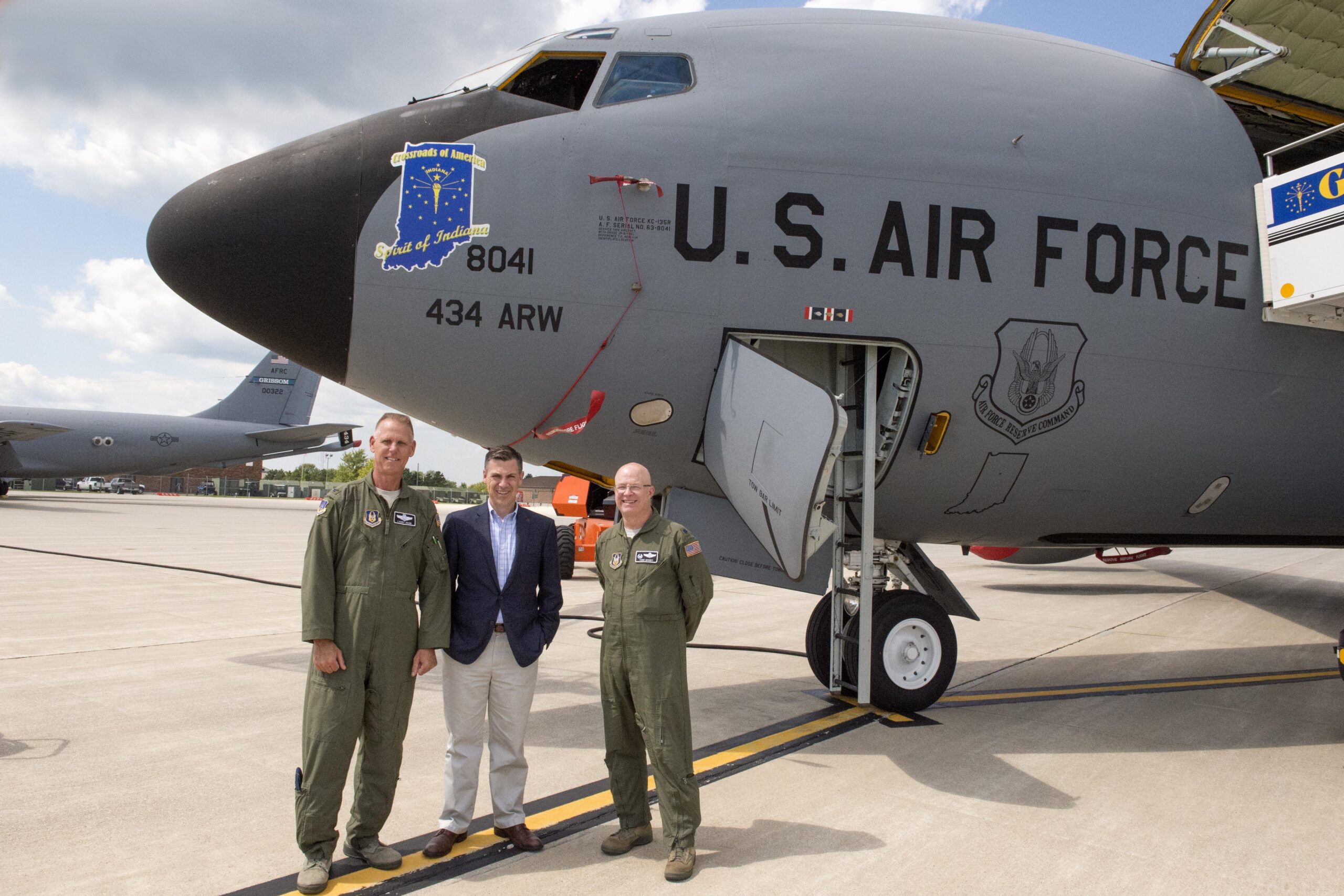 To the extent that corporate media air any credible information at all, the information reflects the opinions of the ruling class and capitalist dogma. There is no room to firmly address domestic issues (e.g. exploitation of the working class, dismal public education, petroleum dependency, two corrupt political factions, government subsidies of harmful industries, GMOs and plastics in our food chain, war) or their root causes. Politically conditioning the U.S. public, corporate media do not blame the MIC or capitalism for any of the problems in the world. 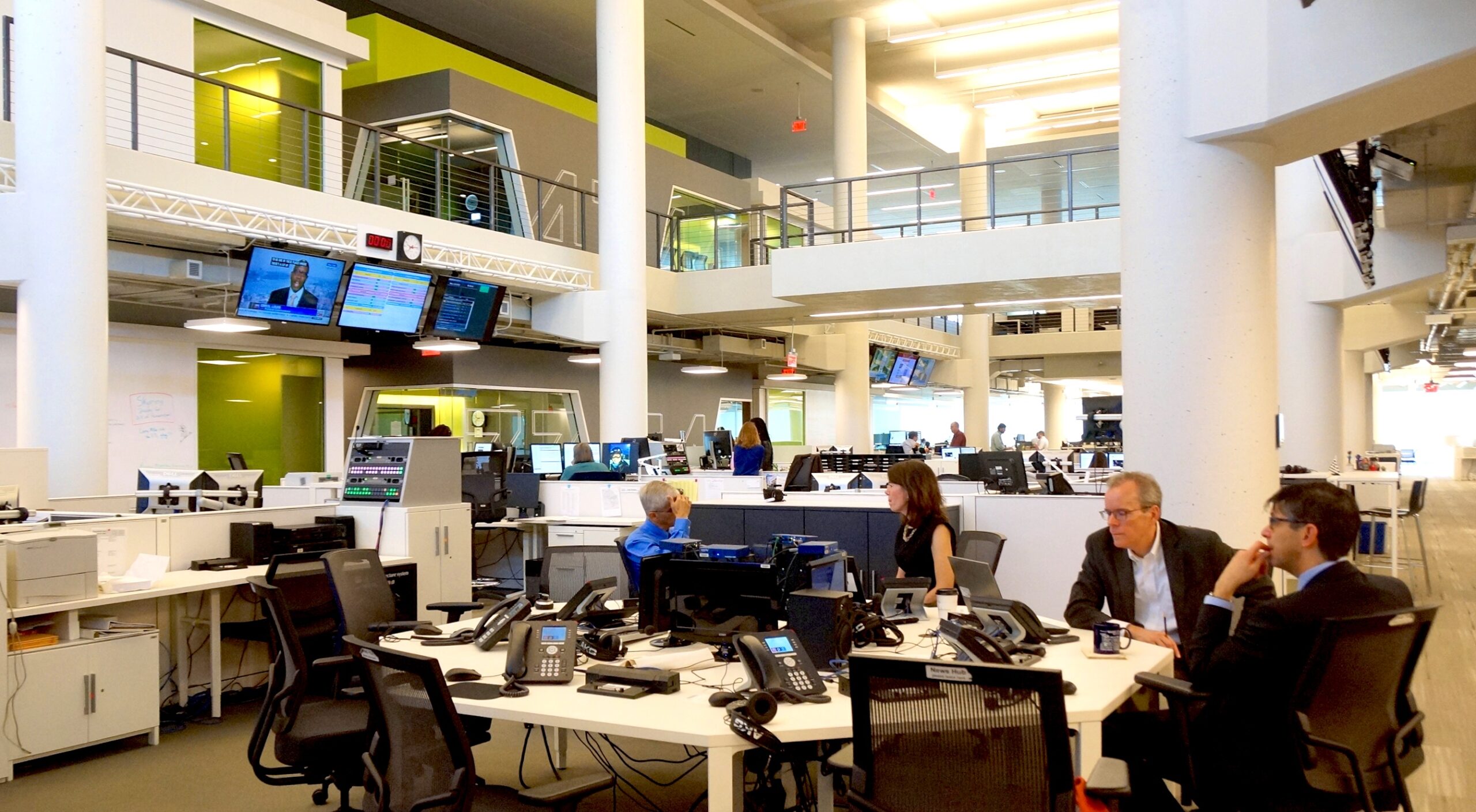 Aiming for high ratings and lucrative advertising revenue, corporate media self-censor and taper the spectrum of acceptable foreign policy debate. War corporations purchase advertisements on news shows to further circumscribe the debate, as corporate pundits and newscasters typically do not speak out against advertisers. Pro-war is as pro-war does.

The Pentagon runs its own massive media empire, coordinated by the Assistant to the Secretary for Public Affairs, further polluting the minds of the working class.

Hollywood collaborates with government in disseminating propaganda. If you are a producer wanting to make a movie involving military or paramilitary operations, you’re going to want assistance from the Pentagon or CIA in acquiring matériel, an important part of producing an enthralling film. The Pentagon and CIA are happy to help, at a price: they must approve your movie’s script. If the script questions the accepted benevolence of U.S. foreign policy, the movie won’t receive support from the Pentagon or CIA. Dedicated offices in Arlington and McLean, Virginia, liaise with Hollywood. 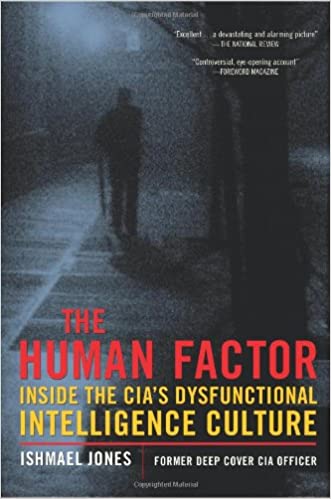 The second role Hollywood performs is demonizing Arabs, Persians, Muslims, and other official enemies — priming the public to loathe the stereotypical enemies on the receiving end of U.S. ordnance. The final role Hollywood plays is to function as a recruiter: Blockbuster films put forth alluring portrayals of military and intelligence activities, seducing new generations into believing the thrill or benevolence of such undertakings.

For example, Hollywood makes CIA case officers look like shoot-’em-up cowboys and martial arts masters, when in reality most CIA case officers are not athletic, possess little to no martial arts skill, and are almost never in danger overseas. For a more realistic portrayal, see Ishmael Jones’ The Human Factor: Inside The CIA’s Dysfunctional Intelligence Culture, Philip Agee’s CIA Diary, and Marks & Marchetti’s The CIA and the Cult of Intelligence.

Think tanks guide the discourse inside the Beltway. Think tanks promote views advantageous to their funders. Think tanks issue information that endorses and advances the ideology and profits of their benefactors. And it is U.S. war corporations that fund major Washington think tanks. In turn, the think tanks invent, hype, and promote new threats and new rationalizations for why the United States must maintain a global military presence and fight wars.

Like most parts of the MIC, employees of think tanks self-select: People with deep empathy, strong morals, and an understanding of the brutalities of U.S. foreign policy do not become part of the war industry’s think tanks. Such an environment reliably and loudly produces report after report, panel after panel, and interview after interview, about Iran’s “malign activities,” China’s “destabilizing influence,” Russian “aggression,” and various Arabs’ and Afghans’ “terrorism.”

Finally, there is no need for you, a congressperson, to go to the Congressional Budget Office when a think tank (that takes money from the same war corporations your campaign takes money from) will promptly provide you with a silky-smooth, pro-war report. In fact, many think tanks draft legislation for congresspeople who receive campaign funding from the war industry.

When war is your business, peace is your enemy.

The MIC incessantly fabricates threats. Threats — both specific and vague — sustain the racket.

All of these “threats,” real or not, are hyped. Reality — for example, you have a greater chance of getting struck by lightning in the United States than falling victim to a Muslim terrorist attack — is ignored. Glazing the public with layers of fear, threats can sell any good or service imaginable, thereby benefitting industry. Threats can justify sky-high budgets, invasive legal authorities, and bloated bureaucracies, all benefitting the Pentagon.

Christian Sorensen is an independent journalist mainly focused on war profiteering within the military-industrial complex. An Air Force veteran, he is the author of the recently published book, Understanding the War Industry. He is also a senior fellow at the Eisenhower Media Network (EMN), an organization of independent veteran military and national security experts. His work is available at War Industry Muster.