How Fascism Works: A Warning for the U.S. , Jason Stanley

Jason Stanley in his new book, “How Fascism Works: The Politics of Us and Them,” explores the inner mechanics of fascism and the forces that drive dictatorships. Yale professor Stanley joins Hari Sreenivasan to explain his concern at signs of fascism on the rise in the U.S.

We speak with Timothy Snyder, a historian of fascism, who says the riot at the U.S. Capitol was “completely and utterly predictable” given President Trump’s record of stoking extremism and undermining democratic institutions. “The American republic is hanging by a thread because the president of the United States has sought to use violence to stay in power and essentially to overthrow our constitutional system,” says Snyder.

Resistance is no longer optional, given that both humanity and the life of the planet are at stake. 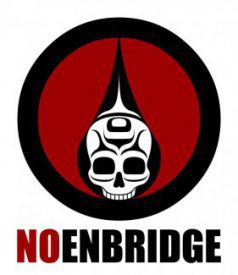 January 31, 2021 · by Rise Up Times
“This isn’t a case of a few isolated billionaires backing one extremist politician. It’s a case of an entire industry filling the campaign coffers of politicians who’ve waged war on our democracy. In the 2020 election cycle alone, the oil and gas industries gave some $9.3 million to lawmakers who refused to certify the 2020 election results.”

Movie at the Ellipse: A Study in Fascist Propaganda

Scholars on the Nazis and anti-Semitism have seen this before 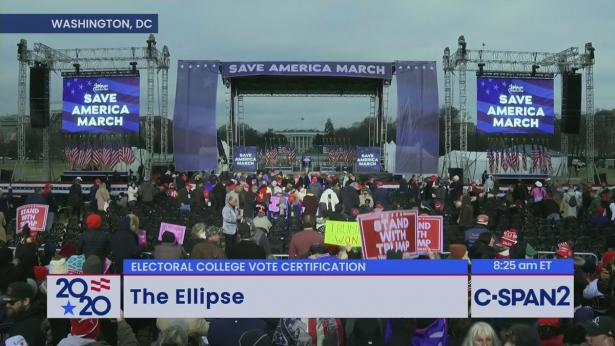 On January 6, Trump supporters gathered at a rally at Washington DC’s Ellipse Park, regaled by various figures from Trump world, including Donald Trump Jr. and Rudy Giuliani. Directly following Giuliani’s speech, the organizers played a video. To a scholar of fascist propaganda, well-versed in the history of the National Socialist’s pioneering use of videos in political propaganda, it was clear, watching it, what dangers it portended. In it, we see themes and tactics that history warns pose a violent threat to liberal democracy. Given the aims of fascist propaganda – to incite and mobilize – the events that followed were predictable.

Before decoding what the video presents, it is important to take a step back and discuss the structure of fascist ideology and how it can mobilize its most strident supporters to take violent actions.

“…a large Social Democratic demonstration against dictatorship did take place on 3 February in Frankfurt and, four days later, another one was held in Berlin. Republicans in small towns in Hessen such as Auerbach and Bensheim marched under the watchful eye of the police on 12 February. But these events were the last manifestations of anti-Nazism in Germany.”

“They would stay off the streets for the moment and hold back from mass demonstrations that could be exposed to an armed mob goaded on by President Donald J. Trump.

…In a year of surging political energy across the left and of record-breaking voter turnout, one side has stifled itself to an extraordinary degree during the precarious postelection period.

Since the violence of Jan. 6, progressive leaders have not deployed large-scale public protests at all.”

Alexander Burns’s New York Times article, quoted above, recounts the efforts of a large coalition of activist groups and Democratic Party campaign strategists to respond to Trump’s attempts to overturn the 2020 election. Burns writes, “By the time rioters ransacked the Capitol, the machinery of the left was ready: prepared by months spent sketching out doomsday scenarios and mapping out responses, by countless hours of training exercises and reams of opinion research.”

But the article begs the question, what exactly was this “left” coalition ready for on January 6? For months they’d conspired to keep people in a “wait and see” mode instead of mobilizing their followers, numbering collectively in the millions, into non-violent demonstrations that could have shown the world the strength of our side—a non-violent but determined force in the streets willing to stand up against a rolling fascist coup. If this coalition had really been ready, thousands of Trump supporters would not have thought they had a shot at disrupting Congress by returning to DC for the THIRD TIME since Election Day. If they’d really been ready, Trump and his backers in and out of government could not have kept spreading the lie of a stolen election without massive opposition. In reality, there was only one thing this coalition was ready for —stopping the millions who hate Trump from taking to the streets to express their outrage.

Rise Up Times needs your help to bring you timely articles and information about so many important current issues in these Rise Up Times. Subscribe to RiseUpTimes.org
Support independent media.  Please donate today and share articles widely.

Donate
By Rise Up TimesPublished On: February 23rd, 2021Comments Off on Fascism in the USA: Jason Stanley on How Fascism Works, plus Trump Uprising, Keeping the Left off the Streets, and more…