It is important in times of crisis like this to pause, take a deep breath and think about the ramifications of our responses given the present makeup of the US political structure.

Since the assault on the US Capitol on January 6th by right-wing Trump supporters, the fallout has been rapid. The Democrats, both elected officials and voters, were quick to jump on the impeachment train. Some elected officials are calling for Members of Congress who supported the events to resign and to refuse to seat them in the new Congress. Employers are firing employees who participated or supported the events. And, people on the Left are cheering on social media censorship and calling for stronger laws to go after domestic terrorists.

It is important in times of crisis like this to pause, take a deep breath and think about the ramifications of our responses given the present makeup of the US political structure. It is also necessary to look past the events of January 6th to the conditions that created the environment in which this type of action could occur and what it will take to change them.

The inauguration of President Joe Biden on January 20th is not the end of the era referred to as Trumpism. Violent right-wing forces have been activated and they are not going away unless major actions are taken to divide them and remove the material conditions that gave rise to them. That is our task going forward. 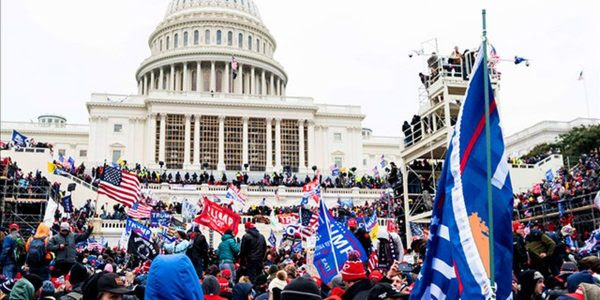 What happened in Washington, DC on the 6th of January was not a surprise. Trump supporters had rallied in DC twice after the election, and each time they were violent, particularly against Black people and others opposed to police violence. Businesses in downtown DC were boarded up and closed in anticipation of the demonstrations on the 5th and 6th. Police advised DC residents to avoid the downtown area, and that is what Black Lives Matter DC decided to do, staying in their communities to keep everyone safe.

The DCist describes the events of January 5th when Trump supporters rallied in Freedom Plaza for eight hours. Claims of electoral fraud were widespread. Tuesday night, Trump supporters fought with police. Ten of them were arrested, some on gun charges.

It is clear that the Capitol police failed to prepare for the violence that occurred that day despite advance warnings. They have had stronger responses to non-violent protests in the past that completely blocked access to the Capitol. The events at the Capitol clearly demonstrated what was obvious throughout the protests this past summer, that police identify with and ally with white supremacists, including their militias. The Brennan Center report, “Hidden In Plain Sight: Racism, White Supremacy, And Far-Right Militancy In Law Enforcement,” issued last August details that the FBI and Department of Homeland Security are well aware of these connections. They write:

“The harms that armed law enforcement officers affiliated with violent white supremacist and anti-government militia groups can inflict on American society could hardly be overstated. Yet despite the FBI’s acknowledgement of the links between law enforcement and these suspected terrorist groups, the Justice Department has no national strategy designed to identify white supremacist police officers or to protect the safety and civil rights of the communities they patrol.”

The Brennan Center report called for swift action to remove white supremacists from law enforcement and other policy changes. Yet, despite months of President Trump and others claiming electoral fraud and riling up the base plus violent assaults on state capital buildings, the federal government failed to take action to prevent harm. The Partnership for Civil Justice Fund is calling for a full investigation into the police’s actions that day and holding those who “condoned or colluded with the violent mob that attacked the Capitol” accountable.

It is critical that those who are responsible for violence against people and threats of harming or killing elected officials are held accountable, but it is just as important that what happened is not used to further strengthen the repressive apparatus of the state. Evan Greer warns that Biden, the architect of the 1994 Violent Crime Bill and Law Enforcement Act that led to mass incarceration, is already calling for a domestic terrorism bill even though domestic terrorism is currently illegal. Greer writes:

“More money, weapons, and technology in the hands of the Department of Homeland Security—an agency complicit in human rights abuses long before Trump took office—won’t stop the rising threat of right-wing violence. Instead it will be used to suppress legitimate dissent, and disproportionately target Black and brown activists, Muslims, immigrant communities, and social movements that effectively challenge systemic injustice and corporate power.”

This is the situation in which we live. Most often, laws that increase surveillance or policing are used against vulnerable communities and don’t keep them safe. The same goes for censorship. Many cheered when President Trump was banned from Twitter and Facebook, but do we really want private corporations silencing online speech? Both Edward Snowden and Glenn Greenwald warn us against starting down this slippery slope.

And similarly, there have been social media posts cheering that people who attended the pro-Trump rally were fired from their jobs for being there. At present, employers across the country are seeking out and firing employees who attended or showed support for the assault on the Capitol. It is one thing if an employee broke the law such as illegally entering the Capitol. It is another to be present at a march, which is protected by the First Amendment. Again, we must be aware that in the current environment, precedents set by the response to this action at the Capitol will be used against other people in the future. 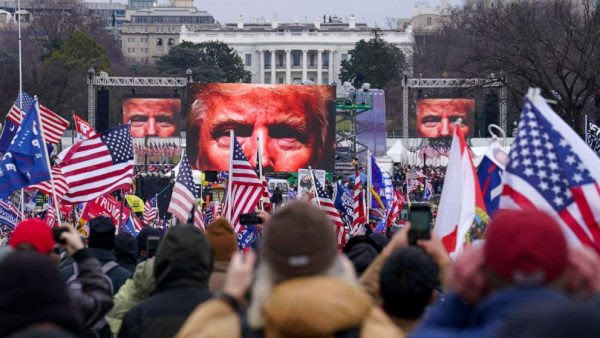 Economist Jack Rasmus predicted the events on January 6th would be designed to create chaos as part of a long term strategy by Trump supporters. Trump was certainly aware that he could not actually conduct a coup, and legislative bodies are not typically the target of coup attempts anyway. Rasmus argues that Trump will work to split the Republican party, driving the moderates out and further cementing his base. He may even behave similarly to the strategy used by the United States to try to conduct regime change in Venezuela – claim an election is fraudulent, refuse to accept the results and run a parallel government.

The era of Trumpism does not end with the inauguration of Joe Biden. Joe Lauria of Consortium News calls January 6 a “dress rehearsal for what may well turn into a full-blown insurrection.” He urges that steps be taken to prevent this, but he doesn’t offer suggestions as to what they should be.

This weekend, I spoke with Brian Becker of the ANSWER Coalition on Clearing the FOG (available on Monday) about what steps would be effective. In addition to holding those who broke the law and law enforcement who assisted them accountable, it is important to hold President Trump accountable. Rather than impeachment, which is what the Democrats are doing and what they and their voters have championed since President Trump was elected, the President needs to be investigated by an independent body in the Department of Justice and prosecuted for his crimes.

Impeachment when Trump is on his way out the door will only deepen the political divide and embolden him with his base. He can continue to rail against the Democrats for unfairly targeting him. On the other hand, a prosecution and possible conviction will remove him as a leader figure for the white supremacists and weaken them.

In addition to that, it is fundamental that we change the material conditions in which people live. The blame for the situation today lies squarely with both the Democrats and Republicans. They are responsible for decades of policies that have created great economic insecurity, which has been exploited by the right to drive racism, xenophobia and fear. The United States government has failed its people in every way through neoliberalism and the funneling of wealth to the top 1%. This is especially egregious during a recession and pandemic when tens of millions of people have lost their jobs and health insurance and are at risk of losing their homes and nearly 400,000 people have died.

Instead of moving with urgency to impeach Trump, Congress should show the same urgency to pass national improved Medicare for All, a guaranteed basic income that brings everyone above the poverty line, erasure of debt and investment in an eco-socialist Green New Deal that creates millions of high quality jobs while repairing our failing infrastructure, building a green economy and addressing the climate crisis. This can be funded by significant cuts to the military budget and through a wealth tax, as well as reclaiming the government’s ability to print money. These are actions that will begin to bring prosperity to the people and heal the divisions.

There is more that needs to be done to end structural racism as well, by ending mass incarceration, removing racial bias from law enforcement and the judicial system, employing transformative justice, and changing school curriculum to be less euro-centric and more multicultural, to name a few. In the end, our goal needs to be the development of structures that empower People(s)-Centered Human Rights.

Finally, we must recognize that our struggle is global. What the United States government has done to its people by denying them what they need to live a life of dignity is what the United States has imposed upon people around the world through economic sanctions and military domination. The tactics used by President Trump to try to hold onto power through lies and violent right wing actors are the same as the US uses around the world to overthrow governments. This needs to stop. And, as Vijay Prashad and Noam Chomsky write, the world is facing existential crises that demand international cooperation to protect our future.

All of these are winnable, but none of them are going to come without a struggle. President Biden has already signaled that he will rule to the right of center and his cabinet picks signal business as usual. Democrats in Congress are already watering down their bold rhetoric used during Trump’s term. They are calling for lowering the age of Medicare instead of Medicare for All and $2,000 checks for people who are unemployed instead of recognizing that many workers are still living in poverty.

Our future depends on organizing in our communities to demand what we require and not letting the Democrats tell us we are asking for too much or that we can’t have it because “this is a time for unity” as they usually do. The crises we face are severe and the right wing violent backlash is real. We have to stop them with bold solutions that work. The period of plutocracy must end.

Donate
By Rise Up TimesPublished On: January 15th, 2021Comments Off on Violent Right-Wing Forces Have Been Activated. It Requires Strategic Action to Stop Them