So much for money for the majority of the American people. The CEO’s of the defense companies are laughing all the way to the bank. and President Eisenhower is turning over in his grave.

CROSS OF IRON
Every gun that is made, every warship launched, every rocket fired signifies, in the final sense, a theft from those who hunger and are not fed, those who are cold and are not clothed.

This world in arms is not spending money alone. It is spending the sweat of its laborers, the genius of its scientists, the hopes of its children… This is not a way of life at all, in any true sense. Under the cloud of threatening war, it is humanity hanging from a cross of iron.

President Dwight D. Eisenhower, from the Chance for Peace address delivered before the American Society of Newspaper Editors, April 16, 1953. 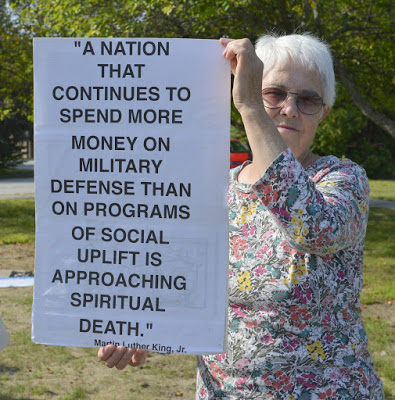 Rise Up Times featured image: The Doomsday Clock at 100 seconds to midnight and the US government is making more weapons? What is war good for? Absolutely nothing.

Media for the people!  Bringing you the best of the alternative media and original articles and videos.  Click here to help by learning more about Rise Up Times, spreading the word, and making a donation. Please share articles widely.

Donate
By Rise Up TimesPublished On: December 23rd, 2020Comments Off on The new COVID “relief” bill includes: