Living in the North Country doesn’t mean we can ignore human rights abuses perpetrated internationally and, specifically, within Israeli-occupied Palestine when corporations in our back yard and our legislature are complicit.

General Mills bought Pillsbury in 2001 and manufactures frozen baked goods in the Atarot Industrial Zone. The factory was built on land belonging to the Palestinian neighborhood of Beit Hanina, located in the area of East Jerusalem. The Atarot, like other Israeli settlements, is illegal under international law according to UN Security Council Resolution 2334.

Note: Anyone holding shares in General Mills is welcome to submit a question for corporate officers during that meeting to express their concerns. 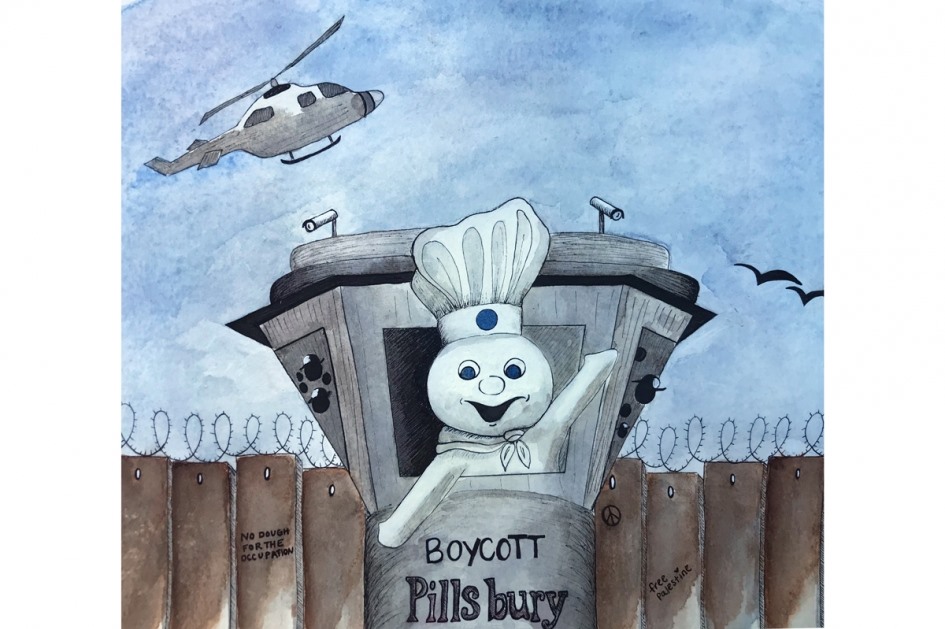 Also, Watch for updates on “No Dough for the Occupation!” a wintertime bannering, holiday baking campaign.

The Minnesota State Board of Investment (SBI), which handles pension funds for all state employees and public-school teachers, holds stock in Elbit Systems, that Israeli weapons manufacturer renowned for “field testing” weapons – with intensity – on the Palestinian people of Gaza.

Elbit Systems also is under contract with the U.S. Department of Homeland Security for surveillance equipment installed along the U.S./Mexico border. Indigenous organizer Nellie Jo David drew parallels between the cruel nature of walls and checkpoints in her own borderland Tohono O’odham Nation and in Occupied Palestine. (See the Women Against Military Madness Annual Meeting, June 2020: tinyurl.com/y489vw8k on Youtube.)

Lobby Minnesota State Board of Investment to divest from Elbit (continuing). FFI: WAMM calendar or contact the office at 612-827-5364.

Donate
By Rise Up TimesPublished On: September 17th, 2020Comments Off on End Minnesota Complicity in the Suffering of the Palestinian People, by Lucia Wilkes Smith