The 19th Amendment became law on August 26, 1920. One sees the August 18th date because the Tennessee legislature, the 36th state and the last state necessary for the amendment to become law, ratified the amendment on the 18th. However, there was a legal challenge to that ratification which was not resolved for a week. Tennessee’s ratification certificate did not reach Washington DC until the early morning of August 26th. Later that day, U.S. Secretary of State Bainbridge Colby signed his certification that all conditions required for ratification had been met. In the 1970s, August 26th became known as Women’s Equality Day.

Women’s Equality Day is celebrated in the United States on August 26th to commemorate the 1920 adoption of the Nineteenth Amendment (Amendment XIX) to the United States Constitution, which prohibits the states and the federal government from denying the right to vote to citizens of the United States on the basis of sex. The bill was introduced by Bella Abzug (D-NY), in 1971 and passed in 1973.

Did you know? The Women’s Suffrage Movement Began with a Tea Party

Did you know? The five women who organized the Seneca Falls Convention were also active in the abolitionist movement, which called for an end to slavery and racial discrimination.

The Seneca Falls Convention was the first women’s rights convention in the United States. Held in July 1848 in Seneca Falls, New York, the meeting launched the women’s suffrage movement, which more than seven decades later ensured women the right to vote.

Elizabeth Cady Stanton, one of the meeting’s organizers, began with a speech on the convention’s goals and purpose:

“We are assembled to protest against a form of government, existing without the consent of the governed—to declare our right to be free as man is free, to be represented in the government which we are taxed to support, to have such disgraceful laws as give man the power to chastise and imprison his wife, to take the wages which she earns, the property which she inherits, and, in case of separation, the children of her love.” 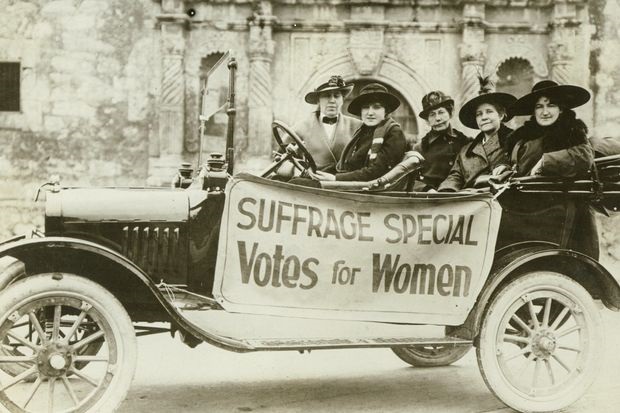 Also recommended:  Iron Jawed Women: The film focuses on the American women’s suffrage movement during the years between 1910 and 1920 and follows women’s suffrage leaders Alice Paul and Lucy Burns as they use peaceful and effective nonviolent strategies, tactics, and dialogues to revolutionize the American feminist movement to grant women the right to vote. 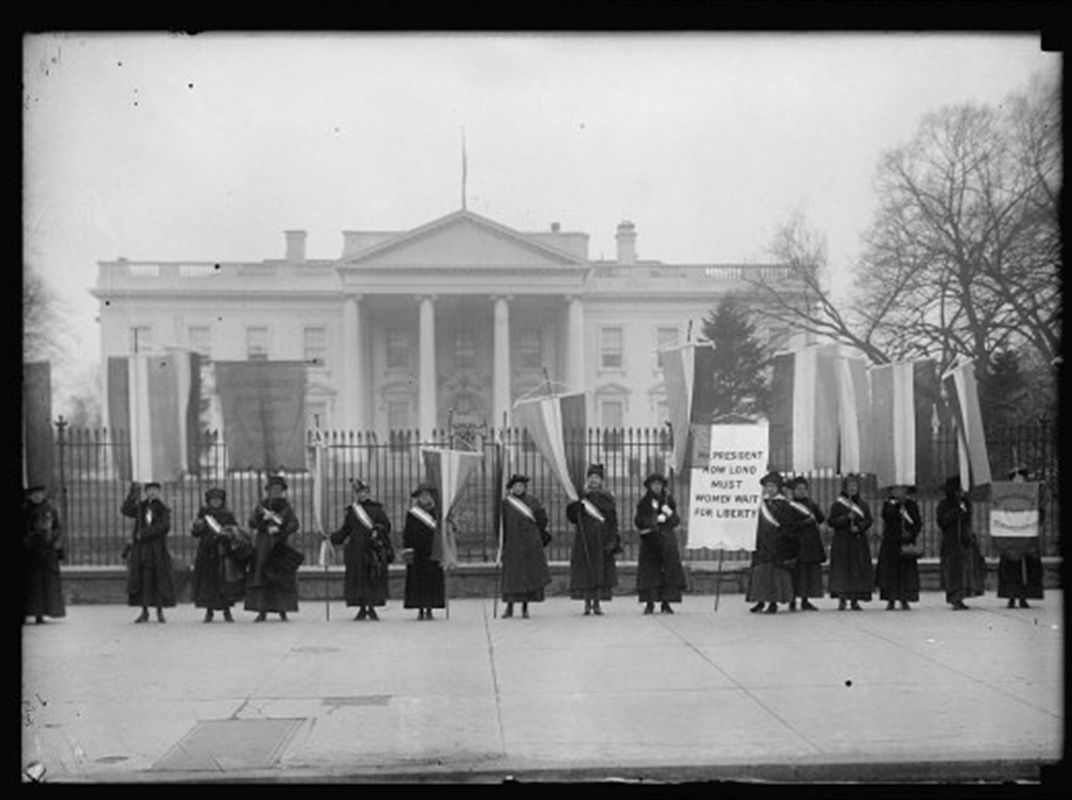 Suffragists on picket line in front of the White House, circa 1917. One banner reads: “Mr. President How Long Must Women Wait For Liberty.”   (Library of Congress)

They deliberately used what we now call nonviolent civil disobedience in picketing the White House and risking arrest. In part this is the story of their determined resistance, their being force-fed, and finally their release and the passing of the 19th Amendment on June 4, 1920, to be signed into law on August 26, 1920.

“Dorothy Day was described by her fellow suffragists as a ‘frail girl.’ Yet on the night of November 14, 1917, prison guards at the Occoquan Workhouse did not hold back after she and 32 other women had been arrested several days earlier for picketing outside the White House.

“The two men handling her were twisting her arms above her head. Then suddenly they lifted her up and banged her down over the arm of an iron bench—twice,” recalled 73-year-old Mary Nolan, the oldest of the prisoners, in an account published by Doris Stevens.” (History.com)

Although the original Seneca Falls women were abolitionists, as the movement grew there was objection from the southern state women regarding votes for Black women. While Black women in some northern states were allowed to register and vote, women in the south were blocked from registering to vote by Jim Crow laws in southern states.

In 1964 Fannie Lou Hamer brought an alternative delegation from the “official” white delegation to the presidential Democratic Convention and in a moving and memorable speech demanded to be recognized from the floor.  In 1965 the Voting Rights Act was passed by Congress, essentially enfranchising all citizens to vote.

But the story does not end there. In some states new tricks were instituted to continue Jim Crow and extend it to more groups of “minorities,” such as Hispanics and Muslims, especially in southern states like Georgia and others. Michigan, with a large Muslim population, was also targeted.  Greg Palast in his movies The Best Democracy Money Can Buy (pre- and post-election versions) and now in his new book, How Trump Stole 2020, documents these new Jim Crow tactics that have blocked the vote of millions of voters, mostly people of color. For more information about this book and the 2020 election, go to GregPalast.com.

Michael Moore also has a film Fahrenheit 11/9 about the 2016 election. It can be bought or rented here on YouTube.

On August 18, 2020, the 100th anniversary of the date that Tennessee, being the 36th state to ratify the 19th amendment, (the number required to make it law) there was a lot of media coverage, including by Time Magazine and Ms. Magazine, that can also be looked at for the history and importance of women’s suffrage.

Suffrage in Spanish: Hispanic Women and the Fight for the …

The Very Queer History of the Suffrage Movement – Ms …

Jul 22, 2020 – The women’s suffrage movement allowed women to re-examine, question and begin to systematically rebel against the many restrictions they …
For more information and a timeline of the 72-year struggle for women’s right to vote go to History.com.

Donate
By Rise Up TimesPublished On: August 26th, 2020Comments Off on Today is Women’s Equality Day, August 26th