When postal workers are carrying out the mission of binding our country together, I am outraged we have a U.S. president who has called the U.S. Postal Service “a joke” and continues to act to bring about its demise. 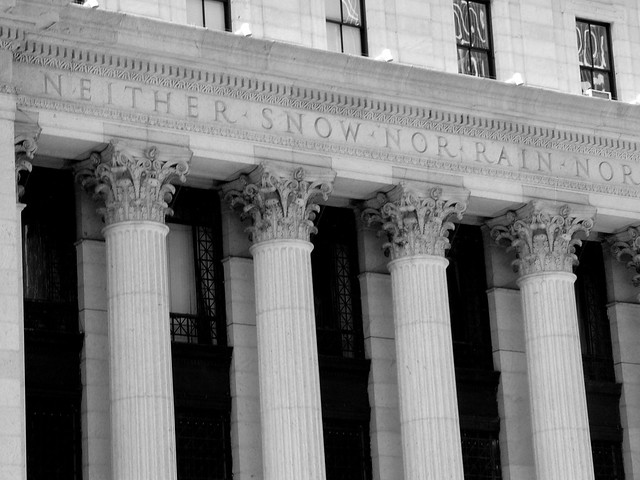 See below for action you can take to help save the U.S. Postal Service

I have been a member of the American Postal Workers Union (APWU) since 1975. As a national business agent, I represented workers at the local and national levels until my retirement in 2004.  I have been proud of my work – and the work of my brothers and sisters – to provide valuable services and earn decent wages and benefits.

The U.S. Postal Service (USPS) traces its roots to 1775 during the Second Continental Congress, when Benjamin Franklin was appointed the first postmaster general. In 1792, George Washington signed legislation that established the Post Office Department, which has provided valuable services throughout its history. And the USPS has always been on the front lines in times of crisis.

The USPS is critical to rural areas because it is mandated by law to serve all postal addresses with no differences in the fees it charges. It is a lifeline that guarantees all Americans are connected to essential services. In addition, through the Carrier Alert Program,[1] letter carriers regularly go beyond the call of duty to protect the lives of customers they serve, including older customers and customers with disabilities.

Today, the USPS is still “Americans’ favorite federal agency, with 74 percent saying it is doing an ‘excellent’ or ‘good’ job.”[2] The agency has always been successful, and with the passage of the Postal Reorganization Act (PRA) taxpayer subsidies, which accounted for 25 percent of the Post Office’s budget in 1970, were eliminated, saving taxpayers more than $100 billion since 1971.[3]

The PRA was the result of the Great Postal Wildcat Strike in 1970, when 200,000 postal employees in over 100 cities stopped the mail for eight days and won the right to collective bargaining over wages, hours, and working conditions. Prior to the strike, wages were historically low and were established by the president. Workers, who struggled to take care of their families, were fed up, joined together, and changed the Postal Service and their own lives forever. When I began my career with the USPS in 1975, I was so grateful to my two uncles and my father-in-law, who were among the postal workers who had the courage to strike.

Yet despite these successes, the USPS and postal jobs continue to be at risk.  How can this be?

Unlike any other public or private entity, under a law passed in 2006, the USPS was mandated by Congress to prefund retiree health benefits at over $5 billion a year in advance for the next 75 years, which creates losses. This law has had a significant impact during the coronavirus pandemic, which has caused an additional large decrease in mail volume. The law still requires the USPS to pay today for benefits that will not be paid out until some future date. The USPS could be out of funds by September of this year. This has added to long-standing pressure by those in Congress who want to privatize and dismantle the Postal Service. To make matters worse, President Trump favors this privatization scheme and has blocked coronavirus financial aid for the USPS.

Postal workers are fighting back. We are now in a fight to save the USPS and 600,000 good union jobs. Our current APWU president, Mark Dimondstein, since his first election in 2013, has led the effort to establish and build A Grand Alliance to Save Our Public Postal Service,[4] which includes the postal unions and over 80 national organizations.

The Alliance is working to save the public postal service and to protect postal employees who are doing essential jobs on the front line of this pandemic. Richard Haefner, Minnesota Postal Workers state president, says: “As of today [05/25/20] about 2,000 postal workers nationwide have tested positive for COVID-19, and over 60 have died. Some operations make social distancing impossible by their nature and folks working in those operations are required to wear masks. Fans have been removed from the workroom floor as was done during the anthrax attacks in 2001.” [Removal of fans was to prevent the spread of the virus by aerosol transmission inside postal facilities.] These protective measures are an indication that postal workers are clearly “essential” workers.

When postal workers are carrying out the mission of binding our country together, I am outraged we have a U.S. president who has called the U.S. Postal Service “a joke” and continues to act to bring about its demise. We postal workers have learned from past lessons in our tumultuous history that we can only win if we mobilize. The American public has a crucial role to play in preserving the U.S. Postal Service. The struggle continues. We all have a lot at stake. Our future depends on it!

Please contact your representatives in Congress about the USPS Fairness Act, and ask your organizations to support A Grand Alliance to Save Our Public Postal Service (agrandalliance.org)

Greg Poferl is an active, retired APWU member who currently teaches at Cretin Derham-Hall High School and works part-time at the East Side Freedom Library in St. Paul, Minnesota.

[4] A Grand Alliance to Save Our Public Postal Service is a broad coalition of national, state, and local organizations including the NAACP, Vote Vets, Jobs with Justice, National Council of Churches, and Rainbow Push. To join A Grand Alliance, visit agrandalliance.org.

More Reasons the Mail Must Get Through

Twin Cities neighborhood post offices were among the casualties during the Minneapolis uprising at the end of May when 75 fires were set ablaze by arsonists. The Minnehaha Post Office near the Third Precinct police station, the precinct of Derek Chauvin and his accomplices in the murder of George Floyd, “was a total loss” [as was Lake Street Post Office on 101 E. 31st St.].  In addition, the station in the Powderhorn neighborhood on Bloomington Avenue in Minneapolis and the Industrial station on Concordia Avenue in St. Paul suffered damage. And, according to Richard Haefner, the Minnesota Postal Workers President, 27 postal vehicles were damaged or destroyed.

The local chapter of the American Postal Workers Union, together with the National Association of Letter Carriers, responded to the destruction by holding a rally on June 7 in support of George Floyd in front of the burned-out Minnehaha station. Postal employees advocated for police reform, supported peaceful protest, and called for unity among working class people. They talked about how, in spite of the fire and damage to buildings, postal employees with the help of community volunteers labored to get the mail out and even went to work on a Sunday after post offices throughout the Twin Cities had a one-day shutdown for security reasons immediately following the destruction. 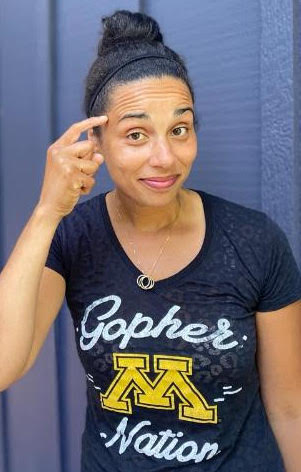 Can’t vote by mail if you don’t have a postal system. Photo: Mary Beaudoin

Voting by mail has not led to big problems with fraud, as has falsely been claimed; Colorado, Hawaii, Oregon, Washington, and Utah are states that conduct elections entirely by mail and have done so successfully. Voting by mail makes participating in elections more accessible, increases voter turnout, and reduces voter suppression, providing yet another reason to save the USPS. In Minnesota, voting by mail is presently done by requesting an absentee ballot through the Minnesota Secretary of State.
+++

Donate
By Rise Up TimesPublished On: August 2nd, 2020Comments Off on Save the U.S. Postal Service! Reasons the Mail Must Get Through