Hirosima/Nagasaki:  Calling All Peaceloving People to Commemorate the 75th Anniversay of U.S. Atomic Bombs on Japan

David Wright, global security director of the Union of Concerned Scientists, lists five ways in which the United States could be brought into a nuclear war. (podcast with transcript of “Got Science”) https://www.ucsusa.org/resources/five-ways-start-nuclear-war):

The U.S. could help avoid the possibility of a nuclear disaster by talking to and entering into arms control agreements with other nations. We should IMMEDIATELY dismantle the 400 land-based intercontinental missiles (ICBM) that are on hair-trigger alert, especially given that there are also missiles on submarines. We should preserve the treaties that have already been negotiated, including the Open Skies Arms Treaty, which increases confidence and transparency on military activities of states through information gathering from aerial imaging, and the Intermediate-Range Forces Treaty (INF), a treaty that bans missiles with ranges between 310 and 3,400 miles. President Trump has pulled the U.S. out of these two treaties and is talking of not renewing the New START Treaty, a nuclear arms reduction treaty, which expires in February 2021. Russian President Putin has expressed a willingness to extend this treaty for five years.

The U.S. should convene a meeting of the nine nuclear nations to work toward the elimination of these horrendous weapons and become signatories of the new landmark Treaty on the Prohibition of Nuclear Weapons.

Polly Mann is a co-founder of WAMM and a regular contributor to this newsletter. Marie Braun of WAMM Campaign to Ban Nuclear Weapons contributed to this article. 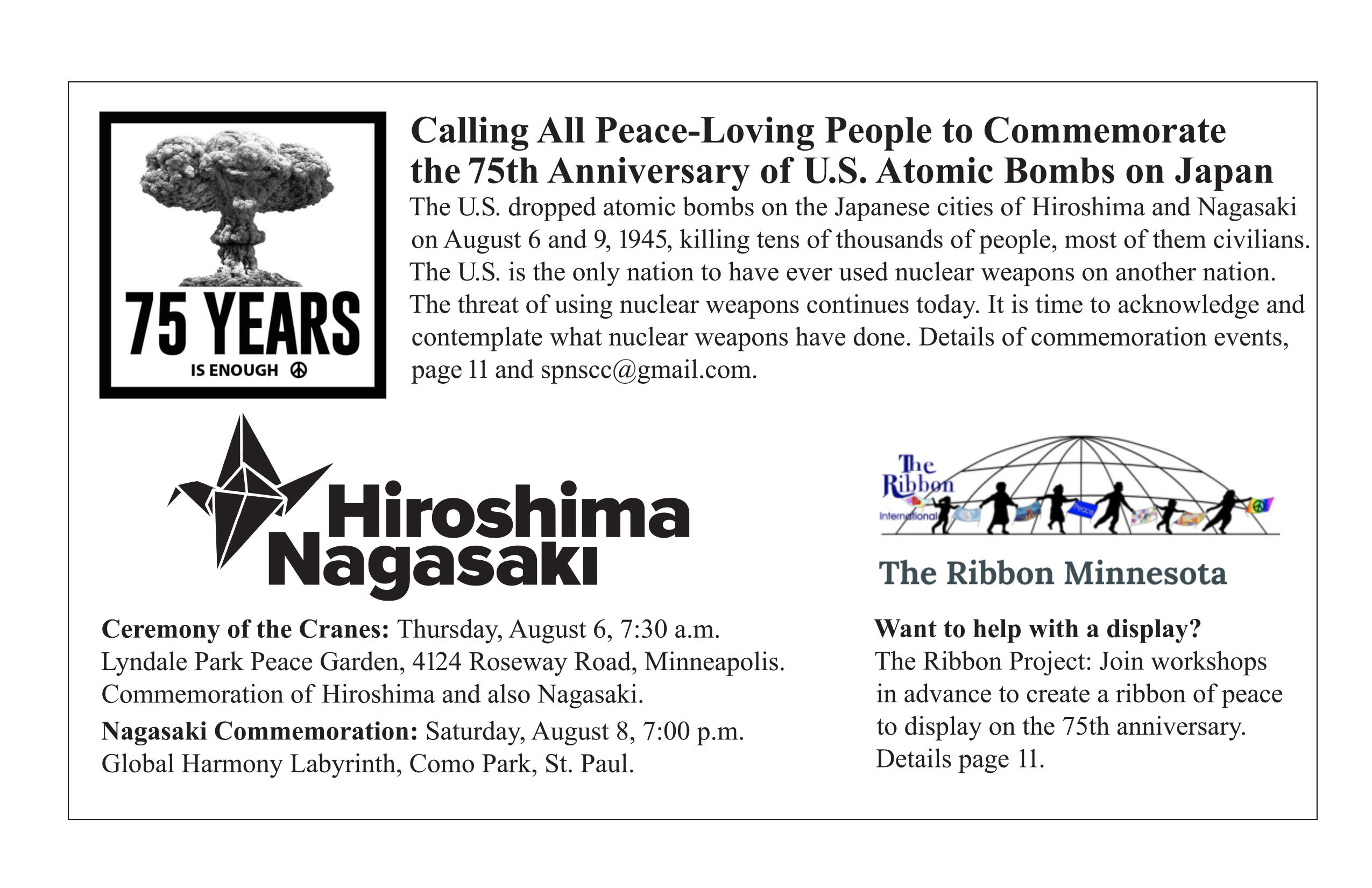 The Ribbon Project
Join us in workshops to create a ribbon of peace to display on
the 75th anniversary of the U.S.  tomic bombing of Hiroshima
and Nagasaki. Multiple local workshops planned. FFI:
612-827-5364. The completed ribbons will be displayed at the local Hiroshima/Nagasaki events listed below.
+++

Donate
By Rise Up TimesPublished On: July 28th, 2020Comments Off on Polly Mann: Five Ways to Start a Nuclear War and How to Stop It Before It Happens