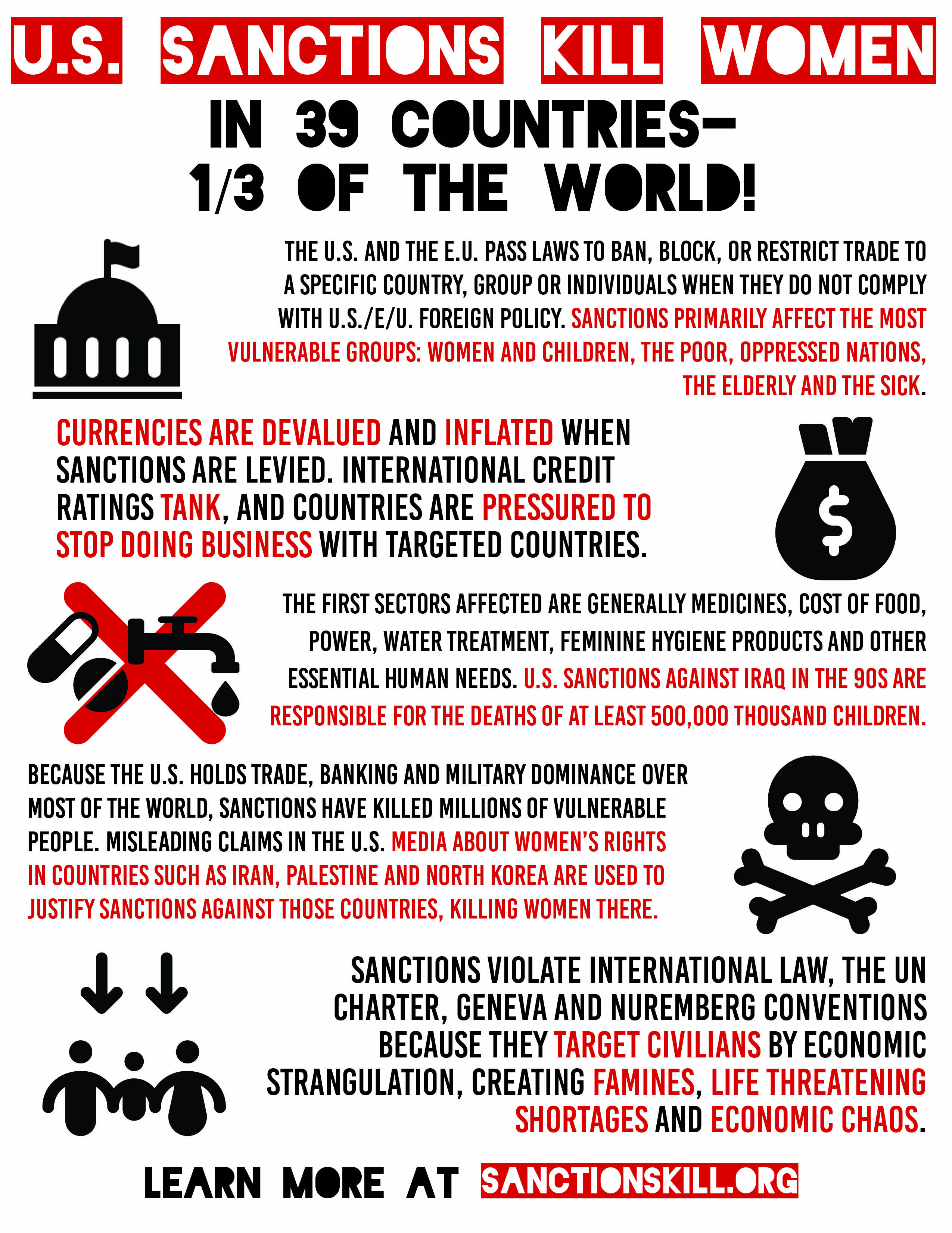 The sanctions can kill. Those imposed by the United States are backed up by the U.S. Treasury which is able to block cash transfers going through the dollar denominated international banking system. Banks that do not comply with America’s imposed rules can themselves be sanctioned, meaning that U.S. sanctions are de facto globally applicable, even if foreign banks and governments do not agree with the policies that drive them. It is well documented how sanctions that have an impact on the importation of medicines have killed thousands of Iranians…

The Iraqi position also immediately produced presidential threats and tweets about ‘sanctions like they have never seen,’ with the implication that the U.S. was more than willing to wreck the Iraqi economy if it did not get its way.

“Sanctions can be more deadly than bullets.”
Donate
By Rise Up TimesPublished On: March 14th, 2020Comments Off on Sanctions Are an Act of War