This weekend in resistance and memory, we return to the gates of Ft. Benning, where the infamous SOA/WHINSEC is located. We remember and uphold Celina Ramos, Elba Ramos, Ignacio Ellacuría, Ignacio Martín-Baró, Segundo Montes, Juan Ramón Moreno, Joaquín López y López, and Armando López who were massacred at the hands of SOA graduates that formed part of the Salvadoran Army’s Atlacatl Battalion.

In an article published last week with ABC-affiliated WTVM, WHINSEC’s new Commandant, Colonel John Suggs, said “change occured” when the SOA became WHINSEC in 2001. He went on to say that “the guys who graduate here are going to go on to be the heads of their militaries,” and that “the relationships they built here…it fosters peace throughout the whole region, it helps them get things done.” Make no mistake, the purpose and the results of the SOA and WHINSEC are the same — training state agents in civilian-targeted warfare that results in violent repression, torture, forced disappearances, massacres, forced migration, the criminalization of dissent, and imperalist coups to impose right-wing neoliberal agendas. The idea that this training “fosters peace” throughout the Americas is absurd and extremely dangerous.

The US agenda of training and financing security forces throughout the continent to impose right-wing economic policies that benefit corporations and the elite is clear. The most recent iteration is the US-backed military coup against Bolivia’s President Evo Morales. President Morales resignation on Sunday came only after the country’s top military commander, General Williams Kaliman Romero, who trained at WHINSEC in 2003 and again in 2004, appeared on television with other high-ranking military officials and “suggested” that Morales resign. At least 6 of the Bolivian officials behind the coup have been trained at the SOA/WHINSEC. We condemn this imperialist assault on Bolivia’s people — US intervention is never the answer! We stand with the indigenous and campesinx communities and support their autonomy, right to organize, and to decide the fate of their territories outside the grasp of the United States. 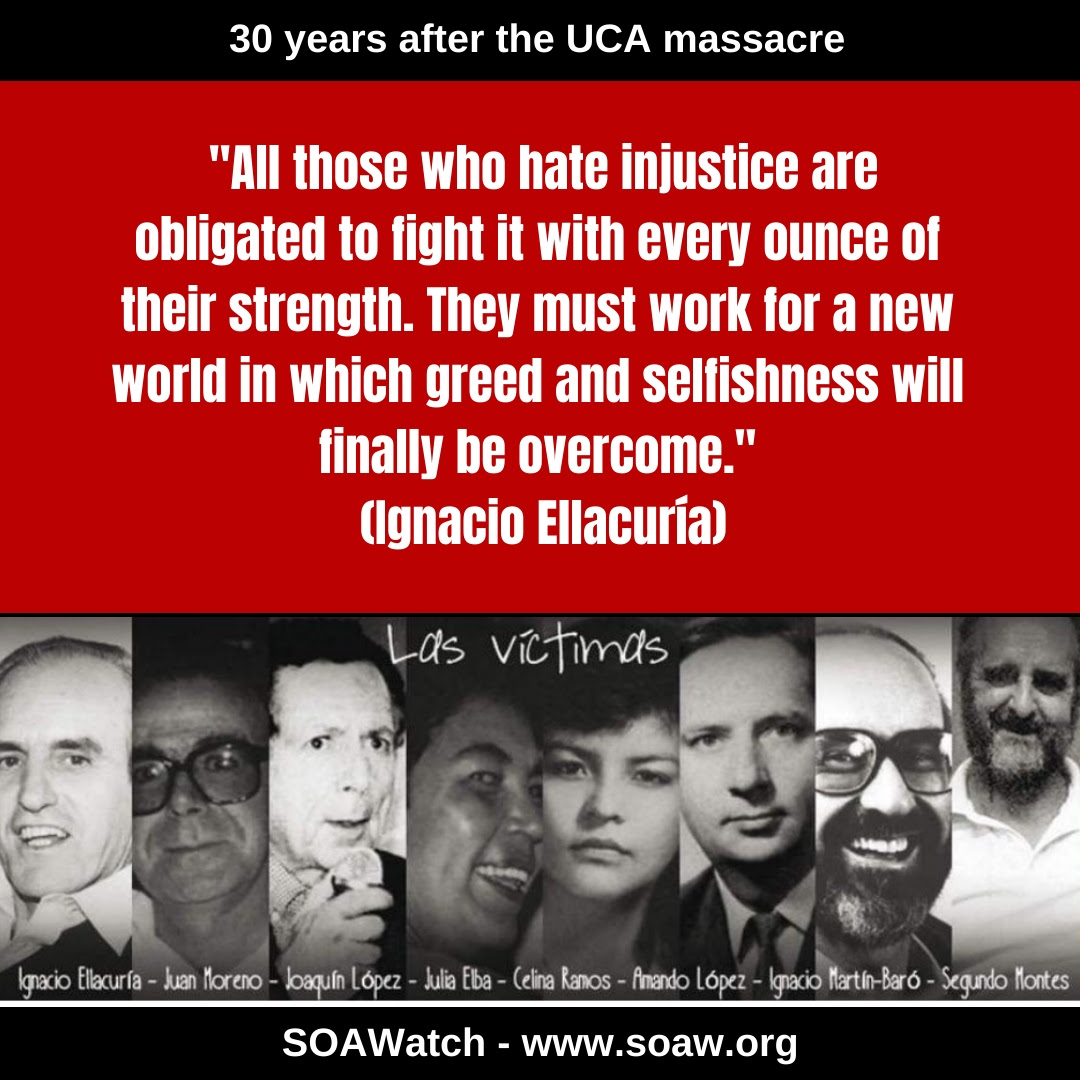