To understand the nature of our wars, we need to know history 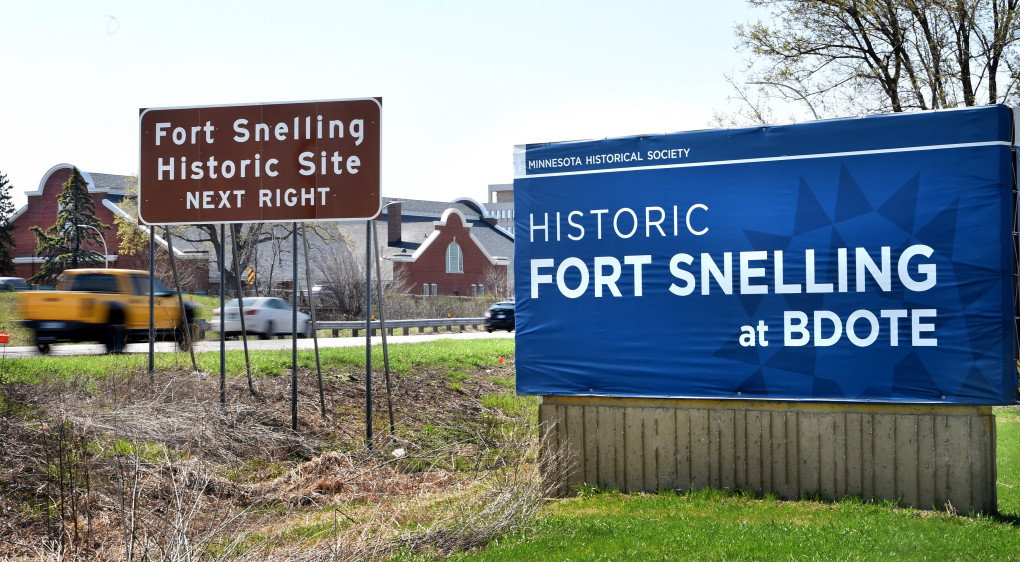 A controversy has arisen over signs the Minnesota Historical Society has placed at Fort Snelling, which is located in an area known as Bdote by the Dakota People. The old signs simply read “Fort Snelling Historic Site,” but newer signs now read “Historic Fort Snelling at Bdote,” – a Dakota work meaning where two waters meet. In this case, the Minnesota and Mississippi Rivers. (Jean Pieri / Pioneer Press)

From the perspective of a retired military officer, the drastic funding cuts to the MN Historical Society by Senator Mary Kiffmeyer and her GOP Senate colleagues, along with some DFLers, (described by Jennifer Brooks in her April 25th article entitled “State senators try to slash Minnesota Historical Society’s budget over sign at Fort Snelling”) should be seen as “retaliation” against the Historical Society for their taking a “politically incorrect” stance in correctly pointing out that Fort Snelling sits on land that once belonged to the Dakota people.

This is a fact which must be taken notice of as “military history,” and for what the U.S. Army was used for in the 1800s, as this history is still relevant today in too many ways to recite here. But one is how U.S. Army “counter-insurgency doctrine” developed and for what purpose it was originally put to use. That is, as a doctrine which would become virtually universal as “pacification war” on colonial subjects by such countries as Great Britain, Belgium, France, and, Germany.

This doctrine was fully described in a publication of the Association of the U.S. Army, “Hitler’s Bandit Hunters: The SS and the Nazi Occupation of Europe.” Hitler in particular appreciated the tactics the German military learned as “Security Warfare,” from the U.S. Indian Wars, fought by the U.S. Army throughout the 1800s, including out of Fort Snelling. Suppressing information of the mission of the U.S. Army at Fort Snelling is “propaganda by omission,” and was routinely practiced by our WW II enemies.

Contrary to the accusation of Kiffmeyer and her collaborators that the Historical Society is “revising” history, it is she and her colleagues who are the “historical revisionists” with their “air-brushing of history,” in the Stalinist/Hitlerian tradition. Apart from the immorality is how incredibly ignorant and self-destructive of our political system this is. Carl von Clausewitz wrote in “On Strategy” that a nation should understand the “nature” of a war it might contemplate waging. To understand that, history must be known, and understood, to allow citizens (and the military) to make wise choices on “war and peace.”

The Senate Bill has already passed with the House yet to be reconciled to the Senate spending bill.

Please call your Minnesota state representative to oppose this retaliatory legislation against the Minnesota Historical Society.

Events in Minnesota, such as the 1862 Military Commissions of the so-called “Sioux uprising,” have lessons to teach us on the consequences of displacing people through warfare and settler colonialism that are pertinent to the present as we are now engaged in what some people, including the Department of Defense, delight in calling a “Perpetual War.” It’s only perpetual because the war and the measures adopted by George Bush in 2001, and carried down to the present day, through each administration since, can now indisputably be seen as expanding the threat of terrorism, as we see with the creation of ISIS as a result of the Iraq War, and other conflict areas, by generating ever increasing hatred against the U.S.

Some of the responses in the Pioneer Press about this issue are linked here.

A Letter to the Editor about this issue by Todd Pierce was published in the Pioneer Press Twin Cities.

Todd E. Pierce, Major, M.A., J.D. and retired Judge Advocate (JAG) officer. His last position in the military was as Defense Counsel before the Military Commissions at Guantanamo Bay, Cuba. He completed an M.A. in Politics at the New School in 2018 with a focus on the political thought of Hannah Arendt and on U.S. Imperial History.

Editor’s note: the logo of the Mendota Mdewakanton Dakota Sioux Community is included as the featured image by Rise Up Times to acknowledge their presence in the area at the time of the establishment of Camp Coldwater at Coldwater Springs and the building of Ft. Snelling. The Twin Cities area is Dakota land.

Donate
By Rise Up TimesPublished On: May 7th, 2019Comments Off on Ft. Snelling BDOTE? Odious Retaliation