The voting system in America is deeply corrupt. It is not just the Electoral College, which is now the target of a campaign to get it abolished.  It goes much deeper than that.

Everywhere there is evidence of a huge get out the vote campaign by the Democrats.  On the web on email and social media. Even at some demonstrations where people with clipboards circulate and ask if you are signed up to vote.  And on street corners. On the web it’s constant, and on social media. Is this a bad thing, to get out the vote?  Of course not. The implication, however, is to vote Democrat. (The Republicans may be doing a similar get out the vote effort.)  Somehow, the Democrats think if they just turn out the vote, they will get Congress back and win statewide and local elections as well. Maybe they will. But it is more complicated than that. 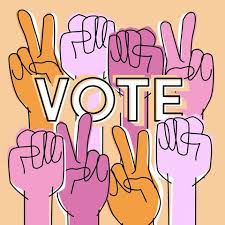 Once again, we are really left with no choice, because the implication is that if you don’t vote Democrat you may get stuck with all those crazy Republicans again. And there is truth in that, but really no choice. Voting for Republicans at this time in the history of America is unthinkable for many Americans.

Every time I see one of these notices, I think of a scene in Greg Palast’s recent movie, The Best Democracy Money Can Buy, the post-2016 election version. In one scene in a state in the South, a line several blocks long of Black people are lined up to vote. They are waiting…and waiting…and waiting…and waiting. The polls close and they never get to vote. They get some kind of certificate that is supposed to be like a vote, but as far as Palast and his investigative team can determine, were never counted as votes.

Go back to the beginning of this segment of the film: A small white clapboard church and people lining up to get onto buses to take them to the polling station. All determined to vote. They never got to really vote in the 2016 presidential election, and in many places around the country a similar scenario was repeated with polls closed or moved.

That was just one way the Republicans stole the 2016 election. Another was the “crosscheck” scheme, where a million or more voters were supposedly double-registered to vote. These voters were for the most part Black and Hispanic. Palast interviewed several. One was a state legislator in Georgia. Middle names, that may have easily cleared up whether they were duplicates or not, were deliberately not used.

Names like Maria Hernandez, for example. The names targeted were the “John Smiths” of their culture, very common names. In Minnesota an equivalent might have been John Johnson or Olson among white voters. They were then denied the right to vote because they were “registered twice.”  As one of the interviewees in the movie sarcastically said, it was a “conspiracy from birth to name their children the same” just so they could then perpetrate voter fraud.

There were other methods of voter fraud used as well, which Palast goes into in the movie. Which, by the way, has not been shown in the US on television or in theaters.  Contact GregPalast.com to get your copy: The film is available for school, college, university and church screenings without fee. For more information contact Kym Allen. 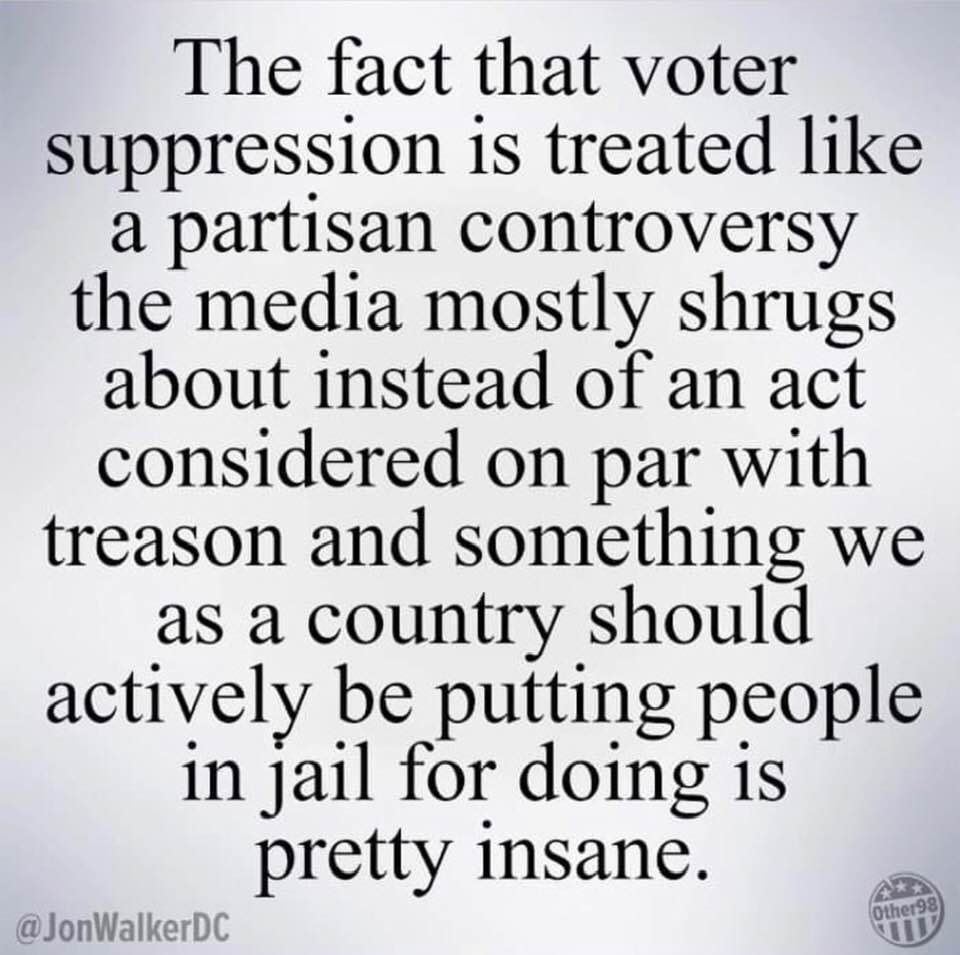 I can’t help but help but wonder how many more votes than the three million Hillary received over Trump that Hillary would have received. But I also wonder just who the Democrats are encouraging to vote? What about the many who were disenfranchised by the crosscheck system. And what are the Democrats doing about it? In Georgia a group is suing their Secretary of State Brian Kemp. Action in other states is planned as well (see links below). So actions are taking place, but state officers like Brian Kemp in Georgia are still imposing illegal rules that make it difficult for some to vote. Go to GregPalast.com for more information.

The voting system in America is deeply corrupt. It is not just the Electoral College, which is now the target of a campaign to get it abolished.  It goes much deeper than that. I know that in Minnesota we are fortunate with a not-so-corrupt system as some other states have. We also have open voting laws, which many other states do not have, which include same day voting with proper ID, that ID being a driver’s license and other options. And in a massive statewide effort we educated about what Voter ID is and did not enact it into law in Minnesota. Other states have not been so fortunate.

I frankly have no love for the Democrat machine candidates. Most at least in Minnesota do not support the essential environmental and people’s issues, like blocking Line 3 (Enbridge pipeline) and the establishment of a Polymet mine in northern Minnesota near the Boundary Waters that would leave untold devastating pollution when they pull out in a few years because they have mined out the area. They also support Militarism, with more and more money for the arms manufacturers, and little for the people’s needs. In other words, they are on the corporate bandwagon and strongly neoliberal. And in spite of warnings that the Democrats need to again (were they once?) become the party of the people, they have not visibly shifted. Efforts in other states have succeeded in overcoming the Democratic machine. But they are few and far between.

You must vote, of course, as you see fit. Informed voting, including local issues, is very  important. See also these two articles on Rise Up Times.

See also NOBODY TO VOTE FOR, BY DAVID SWANSON  and

RALPH NADER: QUESTIONS, QUESTIONS WHERE ARE THE ANSWERS?

Almost every day there are new articles now about the purging of voters from the roles.

For even more information re for example Colorado and Nebraska and Illinois, go GregPalast.com.

Salon: How to Steal Georgia in 7 Minutes
https://www.gregpalast.com/salon-watch-journalist-greg-palast/

Warning: In addition to the 340,134 who never moved from their original registration addresses, Kemp wrongly purged thousands more who did move, but within their county, say, from one side of Savannah to another. (If you move within your county — you need not re-register; you should not be purged.)

Indiana Caught Illegally Purging 20,000 voters – are you one?

Seven Ways Alabama Has Made It Harder to Vote

Here is an interesting sidenote: I just received an email from a friend saying that after seeing the documentary called “Hot Coffee” about the woman who sued McDonalds over a spilled cup of coffee, she says she will never again ignore the judges. Who they are and why (or why not) she should vote for one rather than another.

Donate
By Rise Up TimesPublished On: October 30th, 2018Comments Off on EVERYWHERE (in the U.S.A.)