Put more directly, the US government is creating fake accounts on Facebook and YouTube inside Cuba and going out of its way to portray these profiles as “local,” to more effectively spread this propaganda among Cubans as if it were somehow organic. 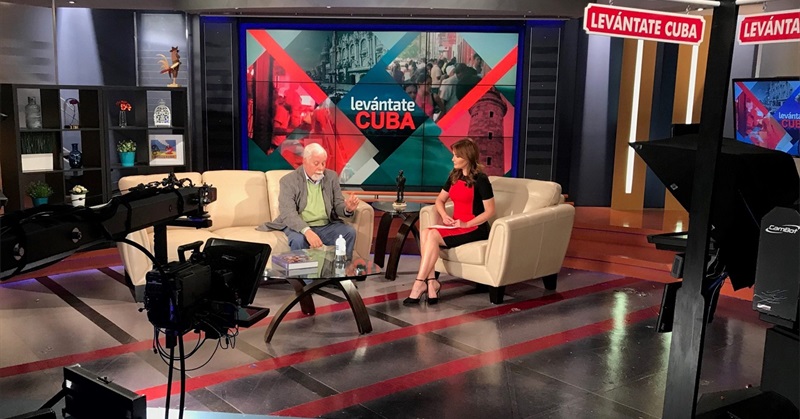 The United States has repeatedly accused the Russian and Iranian governments of using social media to spread “disinformation” and foment chaos. Under US government pressure, Big Tech corporations have banned large numbers of accounts accused (in some cases falsely) of being Russian and Iranian “troll” accounts.

At the same time, however, the US government is doing exactly what it is accusing its enemies of: the US Office of Cuba Broadcasting is secretly creating fake social media accounts to inspire dissent and to spread right-wing pro-US, pro-capitalist propaganda in Cuba.

During the Cold War, the US government tried to assassinate Cuban leader Fidel Castro more than 600 times. Washington also simultaneously waged an information war. For decades, the US has maintained an elaborate propaganda apparatus committed to toppling Cuba’s socialist government.

In its 2019 congressional budget justification report — which was first reported on by the Miami New Times — the US government’s Broadcasting Board of Governors (BBG) disclosed that it “is establishing on island digital teams to create non-branded local Facebook accounts to disseminate information.”

The US government body noted that these “native pages increase the chances of appearing on Cuban Facebook users newsfeeds.”

And it is not just Facebook where the US government will be creating these accounts. “The same strategy will be replicated on other preferred social media networks,” the BBG added.

The propaganda office said it “will continue to engage audiences on the internet using Facebook Live and YouTube as distribution channels into Cuba as the Communist regime has been wary of blocking these popular channels.”

Put more directly, the US government is creating fake accounts on Facebook and YouTube inside Cuba and going out of its way to portray these profiles as “local,” to more effectively spread this propaganda among Cubans as if it were somehow organic.

“Working with Cuban independent journalists and encouraging citizens to create user generated content on the island for OCB’s platforms continues to be a top priority,” the US government body continued in its report. “As Wi-Fi service has expanded in Cuba and with substantial numbers of Cubans now using Facebook and other social networking sites, OCB’s social media presence has increased.”

Propaganda broadcast to 11 percent of Cubans on a weekly basis

The US Office of Cuba Broadcasting (OCB) presently has 117 employees and an annual budget of $28.1 million. It estimates its audience at 1 million.

The OCB, which is headquartered in Miami, Florida, runs the broadcaster Radio y Televisión Martí, along with the website Martínoticias.com. These outlets publish extremely partisan reports that have a very clear conservative bias, and give large platforms to right-wing leaders in Latin America — not just from Cuba, but also from Venezuela and beyond.

The US government body claims that its propaganda broadcasts “currently reach 11.1% of Cubans on a weekly basis with audio, video, and digital content delivered by radio, satellite TV, online, and on distinctly Cuban digital ‘packages’ (paquetes).”

It also claims that 96 percent of its audience say the US government propaganda “helps them form opinions about current events and most users both share information they get from Martí and would recommend it to others.”

Distributing propaganda on DVDs and flash drives inside Cuba

The US Broadcasting Board of Governors furthermore reveals in its 2019 report that its Office of Cuba Broadcasting distributes propaganda on DVDs and flash drives inside Cuba, for those who do not have internet access.

“To circumvent the blockage of TV Marti signals, OCB is dramatically increasing the distribution of DVD’s and USB drives with Marti content, radically altering its distribution strategy to avoid dealing with bulk amounts of content entrance into the island,” the report noted.

“The content is now downloaded once inside the island, copied on the island and distributed immediately. Previously, the information was downloaded elsewhere and carried onto the island. Much of it was intercepted at the border before reaching its intended audience,” the OCB continued. “This optimization of OCB’s content supply chain will increase its availability on the island tenfold at the same cost level.”

A long history of US government propaganda campaigns worldwide

This is far from the first time the US government has been exposed for manipulating social media to spread propaganda. And these US propaganda operations are by no means limited to China.

The Broadcasting Board of Governors noted in its report that its propaganda efforts are targeting audiences “in Russia and its periphery, China, the Democratic People’s Republic of Korea, Iran, and Cuba.”

The US government has long used social media to sow discord in Cuba in particular. In 2014, it was revealed that the US Agency for International Development (USAID), the government’s ostensibly “humanitarian” soft-power arm, had created a fake Twitter-like app called ZunZuneo to stir unrest inside Cuba.

In January 2018, the US State Department announced the creation of a Cuba Internet Task Force to try to undermine the socialist government in Havana.

Cuban state media condemned this new institution as an attempt “to subvert Cuba’s internal order.” The Cuban government’s newspaper Granma wrote, “In the past, Washington has used phrases like ‘working for freedom of expression’ and ‘expanding access to internet in Cuba’ to cover up destabilizing plans.”

And back in 2011, The Guardian likewise revealed that the US government was creating fake “sock puppet” accounts on social media to spread propaganda and manipulate public opinion.

Ben Norton is a producer and reporter for The Real News. His work focuses primarily on U.S. foreign policy, the Middle East, media criticism, and movements for economic and social justice. Ben Norton was previously a staff writer at Salon and AlterNet. You can find him on Twitter at @BenjaminNorton.

Donate
By Rise Up TimesPublished On: October 6th, 2018Comments Off on US Government Admits It’s Making Fake Social Media Accounts to Spread Propaganda in Cuba, by Ben Norton