The threat of genocide is present wherever a country’s political leadership tolerates or even encourages acts with an intent to destroy a racial, ethnic, national or religious group, whether in whole or in part. 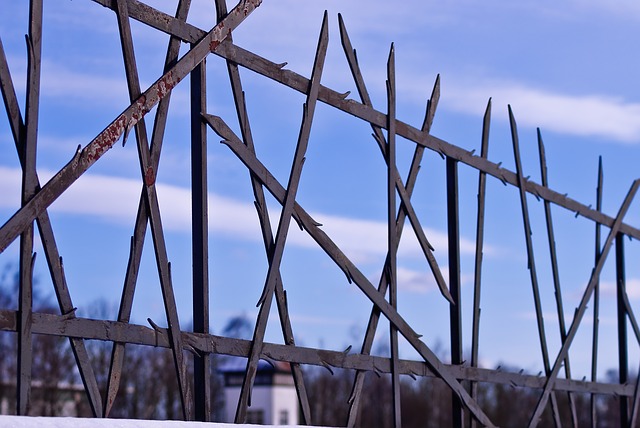 United States (Conversation) – There are those who say that comparing President Donald Trump’s rhetoric to that of Adolf Hitler is alarmist, unfair and counterproductive.
And yet, there has been no dearth of such comparisons nearly one and a half years into his term.
Many commentators have also drawn parallels between the conduct and language of Trump supporters and Holocaust-era Nazis. Recent news of ICE agents separating immigrant families and housing children in cages have generated further comparisons by world leaders, as well as Holocaust survivors and scholars. Trump’s use of the word “infest” to refer to immigrants coming to the U.S. is particularly striking. Nazis referred to infestations of Jewish vermin, and Rwandan Hutu’s labeled Tutsi as cockroaches.
In August 2017, in the wake of the Charlottesville violence, the president used a familiar rhetorical strategy for signaling support to violent groups. He referenced violence on “both sides,” implying moral equivalence between protesters calling for the removal of Confederate statues and those asserting white supremacy. His comments gave white supremacists and neo-Nazis the implied approval of the president of the United States.

Many of these groups explicitly seek to eliminate from the U.S. African-Americans, Jews, immigrants and other groups, and are willing to do so through violence. As co-directors of Binghamton University’s Institute for Genocide and Mass Atrocity Prevention, we emphasize the importance of recognizing and responding to early warning signs of potential genocide and other atrocity crimes. Usually, government officials, scholars and nongovernmental organizations look for these signals in other parts of the world – Syria, Sudan or Burma.
But what about the U.S.? President Trump’s executive order halting family separations provides Congress an opportunity to act. How the legislators respond will be an important indicator of where the U.S. is headed.

IS IT POSSIBLE IN THE US?

The term “genocide” invokes images of gas chambers the Nazis used to exterminate Jews during World War II, the Khmer Rouge killing fields of Cambodia and thousands of Tutsi bodies in the Kagera River in Rwanda. On that scale and in that manner, genocide is highly unlikely in the United States.
But genocidal violence can happen in the U.S. It has happened. Organized policies passed by elected U.S. lawmakers have targeted both Native Americans and African-Americans. Public policies defined these groups as not fully human and not protected by basic laws. Current policies treat immigrants the same way.
The threat of genocide is present wherever a country’s political leadership tolerates or even encourages acts with an intent to destroy a racial, ethnic, national or religious group, whether in whole or in part. While genocide is unlikely in the United States, atrocities which amount to mass violations of human rights and crimes against humanity are evident. The U.N. defines crimes against humanity as any “deliberate act, typically as part of a systematic campaign, that causes human suffering or death on a large scale.” Unlike genocide, it does not need to include the actual destruction or intent to destroy a group.
According to Holocaust survivors, the current visual and audio accounts of children separated from their parents in border detention facilities reminds them of practices of the Nazis in ghettos and concentration and extermination camps.
The Holocaust took the international community by surprise. In hindsight, there were many signs. In fact, scholars have learned a great deal about the danger signals for the risk of large-scale violence against vulnerable groups.
In 1996, the founder and first president of the U.S.-based advocacy group Genocide Watch, Gregory H. Stanton, introduced a model that identified eight stages – later increased to 10 – that societies frequently pass through on the way to genocidal violence and other mass atrocities. Stanton’s model has its critics. Like any such model, it can’t be applied in all cases and can’t predict the future. But it has been influential in our understanding of the sources of mass violence in Rwanda, Burma, Syria and other nations.

THE 10 STAGES OF GENOCIDE

The early stages of Stanton’s model include “classification” and “symbolization.” These are processes in which groups of people are saddled with labels or imagined characteristics that encourage active discrimination. These stages emphasize “us-versus-them” thinking, and define a group as “the other.”

As Stanton makes clear, these processes are universally human. They do not necessarily result in a progression toward mass violence. But they prepare the ground for the next stages: active “discrimination,” “dehumanization,” “organization” and “polarization.” These middle stages may be warning signs of an increasing risk of large-scale violence.

WHERE ARE WE NOW?

Trump’s political rhetoric helped propel him into office by playing on the fears and resentments of the electorate. He has used derogatory labels for certain religious and ethnic groups, hinted at dark conspiracies, winked at violence and appealed to nativist and nationalist sentiments. He has promoted discriminatory policies including travel restrictions and gender-based exclusions.
Classification, symbolization, discrimination and dehumanization of Muslims, Mexicans, African-Americans, immigrants, the media and even the political opposition may be leading to polarization, stage six of Stanton’s model.
Stanton writes that polarization further drives wedges between social groups through extremism. Hate groups find an opening to send messages that further dehumanize and demonize targeted groups. Political moderates are edged out of the political arena, and extremist groups attempt to move from the former political fringes into mainstream politics.
Do Trump’s implied claims of a moral equivalence between neo-Nazis and counterprotesters in Charlottesville move us closer to the stage of polarization?
Does housing children in cages at border detention facilities in the name of deterrence represent a deepening dehumanization?
Certainly, there are reasons for deep concern. Moral equivalence – the claim that when both “sides” in a conflict use similar tactics, then one “side” must be as morally good or bad as the other – is what logicians call an informal fallacy. Philosophers take their red pens to student essays that commit it. But when a president is called on to address his nation in times of political turmoil, the claim of moral equivalence is a lot more than an undergraduate mistake.
Similarly, when warehousing children in cages and tent cities is justified as a policy of deterrence, this is more than an academic policy debate. We suggest this is a deliberate effort to dehumanize and polarize, and an invitation to what may come next.
While the U.S. may not be on the path to genocide in the sense of mass killings, it clearly is engaging in other crimes against humanity – deliberately and systematically causing human suffering on a large scale and violating fundamental human rights.

Polarization is a warning of the increased risk of violence, not a guarantee. Stanton’s model also argues that every stage offers opportunities for prevention. Extremist groups can have their financial assets frozen. Hate crimes and hate atrocities can be more consistently investigated and prosecuted. Moderate politicians, human rights activists, representatives of threatened groups and members of the independent media can be provided increased security.
Encouraging responses have come from the international community, the electorate, business leaders and government officials. German Chancellor Angela Merkel condemned the racist and far-right violence displayed in Charlottesville, and U.K. Prime Minister Theresa May harshly criticized Trump’s use of moral equivalence. More recently, Pope Francis and the governments of various countries have spoken out about U.S. family separation practices.
The recent withdrawal of the U.S. from the U.N. Human Rights Council suggests that international pressure may not be effective. Domestic actors may have more luck.
Individuals and groups are following the recommendations presented in the Southern Poverty Law Center’s guide to combating hate in supporting victims, speaking up, pressuring leaders and staying engaged. Business leaders have also expressed their discontent with Trump’s polarizing statements and actions. The American Academy of Pediatrics has gone so far as to label the immigrant family separations a form of mass child abuse.
Local governments are struggling to maintain their status as sanctuary cities or cities of resistance. These cities try to provide refuge for immigrants despite ICE raids and arrests. The general public and politicians of both parties and at all levels are speaking out about the separations, and it appears they may be heard.
In our assessment, these actions represent essential forms of resistance to the movement toward escalating atrocities. The executive order issued by President Trump this week provides the elected representatives in Congress with an important opportunity. Will they be complicit in or act to prevent further atrocities?

It also provides the general public an opportunity to strongly assert a commitment to human rights. How Congress responds will be a clear indicator of whether our democratic checks and balances are functioning to stop atrocities from escalating, or whether we are continuing down a dangerous path.

Like many other independent news and media sites, Rise Up Times has noticed a decline in the number of people looking at articles due to censorship by Google and Facebook. Independent journalism has become the last bastion in seeking and telling the truth as government and corporate lies are promoted by the mainstream corporate media. In the name of democratic rights for all, please support us now and share articles widely. The people, Yes!
Sue Ann Martinson, Editor, Rise Up Times

Donate
By Rise Up TimesPublished On: July 6th, 2018Comments Off on Preventing Crimes Against Humanity in the US