We think they don’t matter, but they’re a sign of a larger issue.

Melania Trump’s coat she wore to visit the immigrant children that said “I Really Don’t Care. Do U?” has raised such a ruckus and response I explored further into the term I don’t care and I found an article of interest that talks about the phrase “I Don’t Care.”

The statement, “I don’t care,” has become a common non-answer to almost any sort of question—where or what to eat, what to watch on television, or where to go on vacation. In many cases, “I don’t care,” really means “I don’t have an opinion,” with the implied plea, “You decide.”
“I don’t care” can also mean, “I do not have an interest or investment in the question or situation.” And there is a whole host of situations where I genuinely do not care, and where that attitude is morally neutral. I truly do not care, for example, whether the local baseball team makes the playoffs.
However, I am starting to worry that the “I don’t care” response is expanding into more areas of life, especially where we all should have a moral care, concern, or interest. When individuals and institutions genuinely do not care, the results can be moral apathy, moral callousness, and finally moral indifference. Apathy and callousness are stages on the way to indifference, which is one of the world’s most dangerous and devastating orientations.
Moral apathy is generally considered to be a lack of motivation or oomph to realize certain goals. Someone who demonstrates apathy may be taken as lazy or just disengaged, but a person can be apathetic about one set of goals or circumstances while quite dedicated to others. Apathy tends to be localized and confined but it can seep into other areas of life. Acting apathetically can become a habit, as Aristotle would say, and one can progress from acting apathetically to being apathetic.
Addiction, for example, can be both a cause and consequence of apathy. Many whose addictions become more severe tend to lose their motivations in other parts of their lives, including any motivation to stop using.
Moral callousness is a kind of insensitivity to the care, concern, needs, or wellbeing of others. Callousness often has a strong undertone of selfishness; one puts her self-interest ahead of the interests of others. Here, too, there may be a progression. Immanuel Kant (1724-1804) argued that all people have a duty to help some others at some times. When one’s own definition of “some others” and “some times” shrinks, a person becomes more callous, more unwilling to act in ways that meet the needs of others, despite recognizing those needs.  In a more extreme form, a morally callous person will blame others for having needs or being in circumstances that require help.
Some people can become morally callous to their own selves. These are cases in which a person so undervalues her own concerns and interests that she does not see herself as having moral standing. She might think to herself that her interests do not matter because they are hers. Or she may think herself weak or dependent, or some other harsh judgment, for having these needs and requiring the help of others. This is a special kind of moral callousness.
An institution can be morally callous. Universities, for example, have long recognized the ubiquity of sexual assaults on campuses. Allocating few resources for prevention education programs and survivor services; pressuring students not to go to the police; and operating with student conduct systems woefully ill-equipped to address sexual assault cases all demonstrate institutional callousness. A school may be more concerned with avoiding bad publicity than with the rights of the victim, or for that matter, the accused perpetrator. Some individuals within a college may be caring and compassionate, but the callousness of the institution dominates.
The bad news is that people can become increasingly apathetic and callous. The good news is that people can also become less apathetic and callous. For a variety of reasons, one can become motivated to make positive changes; we see this all the time when someone stops using alcohol and drugs, or has any experience that pierces the hardened shell that callousness creates. And one experience may create a crack that leads to more cracks. Compassion can replace callousness, which may motivate people to act in ways that tend to the care of others—or themselves.

Moral indifference, the potent and devastating combination of the worst forms of moral apathy and moral callousness, belongs in its own category, because unlike the others, it does not admit of degrees. This is what makes it so dangerous.
Moral indifference is the complete absence or silencing of moral emotions. Without these moral sentiments or emotions, our moral systems cannot exist. David Hume (1724-1776) claims that reason alone cannot be the basis for our moral systems. It isn’t contrary to reason, Hume points out, to prefer the destruction of the entire world to scratching my finger. He also admits that choosing his own total ruin is not contrary to reason. So what makes it morally troubling? Our moral emotions and sentiments. Hume claims that reason ought to be the slave of the sentiments, but I believe the influence is mutual. We need our moral emotions to be shaped by our reason, and our reason needs to be tempered by our moral emotions.
But as I wrote in an earlier post, our palate of moral emotions seems to be shrinking—and we pay scant attention to moral development. The emotions that are more other-regarding are being supplanted by narrower and more self-interested emotions. When more and more people tend to understand themselves not to have an investment or stake in the well-being of others, it becomes easier, and more convenient, to willfully ignore entire categories of others—people, animals, the environment—with needs and legitimate expectations.
Where a person becomes incapable of cultivating moral emotions and recognizing the needs of others, she becomes morally indifferent. There is no motivation to helps others (apathy) and there is an utter disregard of the interests and concerns of others (callousness). 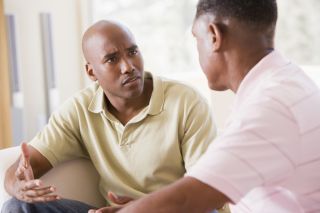 Moral indifference can also exist on the levels of organizations and broader social bodies. For example, the National Football League arguably demonstrates moral indifference. It seems quite obvious that the league has known for years the long-term effects of head injuries and concussions. And yet, like the tobacco industry, it refused to admit any culpability or to assume any proactive responsibility. Only in the face of multiple lawsuits has it made any attempt to provide appropriate support for its retired players.

Donate
By Rise Up TimesPublished On: July 2nd, 2018Comments Off on The 3 Words You Have to Stop Saying: I Don't Care