‘Today the world is on tension due to so many things in social, economic, political disparities and pending nuclear wars. We are concerned as global citizens because if violence or war escalates those whom we call “Nalumanya ne Salumanya” in our local Luganda language (literally meaning “those concerned and less concerned”) shall be trapped equally….’ —Prince Simbwa Joseph 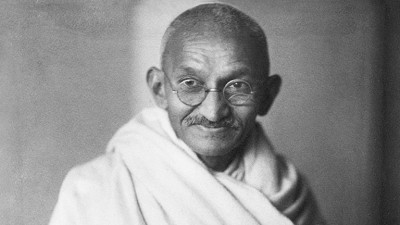 Human violence has a cause. See ‘Why Violence?’ and ‘Fearless Psychology and Fearful Psychology: Principles and Practice’. It has many manifestations. And it can be ended. But if this is to happen, then many of us must make the commitment to work towards that end. This is because, as Gandhi noted:

‘The future depends on what we do in the present.’

In other words, if human violence is to end, it will happen because individuals and organizations commit themselves to joining the effort to do so. Here is a sample of individuals around the world who have made that commitment, each in their own unique way. You are invited to join them.

HRH Prince Simbwa Joseph was born to a Ugandan Royal Family in Kampala. He abhors violence and is involved in many charities for helping those in need, as well as human rights organisations. He is currently manager of Nsambu and Company Advocates – a law firm and one of the oldest legal chambers in Uganda and East Africa, having been established in 1970. Among other engagements, he is also president of the African Federation Association in Uganda, which is a member of the World Federalist Movement Institute for Global policy. Following negotiations with Prince Simbwa as project manager in 2014, and involving the Ugandan Vice-President in launching the project, the World Sustainability Fund and its partners agreed to provide €1.5m to launch the AFA-WFM permanent office in Kampala in support of efforts to assist Uganda to achieve the UN Millennium Development Goals. In Prince Simbwa’s words:

‘Today the world is on tension due to so many things in social, economic, political disparities and pending nuclear wars. We are concerned as global citizens because if violence or war escalates those whom we call “Nalumanya ne Salumanya” in our local Luganda language (literally meaning “those concerned and less concerned”) shall be trapped equally…. Anti-apartheid icon Nelson Mandela and elder statesman appealed to the world during his lifetime to reinvent Indian freedom fighter Mahatma Gandhi’s nonviolent approach to solving conflicts.’ 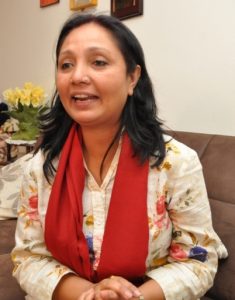 Lily Thapa is the inspirational founder president, in 1994, of Women for Human Rights, single women group (WHR) in Nepal. WHR is an NGO ‘dedicated to creating an active network of single women on a regional, national and international level. By working exclusively with and for them, WHR is dedicated to addressing the rights of single women and creating a just and equitable society where the lives of single women are strengthened and empowered.’ Rejecting the label ‘widow’, WHR ‘issued a national declaration to use the term “single women” instead of “widow”. The word “widow” (“Bidhwa” in Nepali) carries negativity and disdainful societal views which leaves many single women feeling humiliated and distressed.’ Working to empower women economically, politically, socially and culturally in order to live dignified lives and enjoy the value of human rights, WHR works at the grassroots, district, regional, national, South Asian and international levels. Lily has pointed out that there are ‘285 million single women in the world, among them 115 million fall below the poverty line and 38 million conflict-affected single women have no access to justice; these women are last.’ You can read more about Lily and WHR’s monumental efforts on their website. Recently, Lily was awarded the South Asian ‘Dayawati Modi Stree Shakti Samman’, which is ‘presented annually to a woman who has dared to dream and has the capability to translate that dream into reality’.

John McKenna’s commitment is to end discrimination in all of its forms against those with disabilities. In one recent article, the Australian surveyed the value of recent disability-mitigating technologies becoming available. In his thoughtful article ‘What’s App?’ he assessed the value of technologies that, for example, assist people who are blind, people who have problems with speech, and people with disabilities who are getting older.

In a nonviolent action to draw attention to the horror of drone murders, US grandmother Joy First was one of four nonviolent activists arrested at the Wisconsin Air National Guard Base (Volk Field) during one of the monthly vigils (held for over five years now) by Wisconsin Coalition to Ground the Drones and End the Wars. Volk Field is a critical component of the drone warfare program being conducted by the US government in a number of countries in the Middle East and Africa. At Volk Field personnel are trained to operate the RQ-7 Shadow Drone, which has been used for reconnaissance, surveillance, and target acquisition. You can read more about drone warfare and resistance to it in Joy’s highly informative article ‘Four Citizen Activists Arrested at Volk Field as they Attempt to Identify the Base as a Crime Scene’.

Father Nithiya is the National Programme Coordinator of the Association of Franciscan Families of India (AFFI). Their inspirational work is focused on two campaigns: the Violence of Extreme poverty and hunger and the Right to Food Campaign, as well as the National Campaign to Stop Violence Against Women. In relation to the latter campaign, AFFI has released a DVD and a booklet as a result of a four day intensive national consultation and training organised by them in 2016. Through their vast network of educational, social and medical ministries, AFFI has committed itself to stopping violence against women using various strategies all over the country, especially through their schools and colleges. Identifying ten types of violence against women – gender selection, female foeticide, child marriage, child abuse, harassment at work, prostitution and trafficking, domestic violence and Eve teasing, child labour, effects of alcoholism of men, and unemployment and underemployment of women – the DVD and booklet include analytical data, information about the legal framework and redress mechanisms. The aim is to empower women for their safety and security. Fr. Nithiya has given seminars to teachers and students to raise awareness of how they can stop any form of violence against women in their personal life, in their families, communities and society at large. The aim is to make these AFFI resources available in various Indian languages.

In one of her many engagements, Nobel Peace laureate Mairead Maguire from Northern Ireland continues her ongoing solidarity work in support of the Rohingya, the ethnic group in Burma currently suffering the genocidal assault of the Burmese government and its military forces, the Tatmadaw. In a recent evocative appeal to their fellow laureate Aung San Suu Kyi, signed by Mairead and four other laureates, they asked ‘How many Rohingya have to die; how many Rohingya women will be raped; how many communities will be razed before you raise your voice in defence of those who have no voice? Your silence is not in line with the vision of “democracy” for your country that you outlined to us, and for which we all supported you over the years.’ See ‘Five Nobel Laureates urge Aung San Suu Kyi to defend Rohingya Muslims’.

So if you would like to join the individuals above, as well as those individuals and organizations in 101 countries who have made the commitment to work to end human violence, you can do so by signing the online pledge of ‘The People’s Charter to Create a Nonviolent World’ which, thanks to Antonio Gutiérrez Rodero in Venezuela, is also available in Spanish.

If you also subscribe to Gandhi’s belief that ‘Earth provides enough to satisfy every [person’s] needs, but not every [person’s] greed’, then you might consider participating in ‘The Flame Tree Project to Save Life on Earth’ which he inspired as well.

And if you wish to use nonviolence, as Gandhi developed and employed it, for your campaign or liberation struggle, you will be given clear guidance on how to do so on these websites that draw heavily on his work: Nonviolent Campaign Strategy and Nonviolent Defense/Liberation Strategy.

Will enough people make the commitment to end human violence? Will you? As Gandhi warns us, fear of inadequate outcomes is no excuse for inaction: ‘You may never know what results come of your actions, but if you do nothing there will be no results.’

Robert J. Burrowes has a lifetime commitment to understanding and ending human violence. He has done extensive research since 1966 in an effort to understand why human beings are violent and has been a nonviolent activist since 1981. He is the author of ‘Why Violence?’ His email address is flametree@riseup.net and his website is here.

The original source of this article is Global Research

Donate
By Rise Up TimesPublished On: October 1st, 20171 Comment