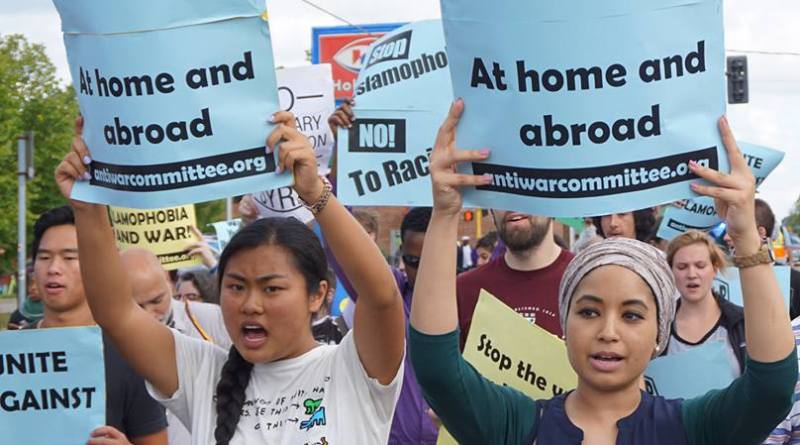 Speech by Meredith Aby-Keirstead, member of the Anti-War Committee, on June 29, 2017 at our protest against Trump’s Muslim ban at the US Federal Building in Minneapolis.

Donate
By Rise Up TimesPublished On: July 1st, 2017Comments Off on We Must Protest the Reinstated Muslim Ban by Meredith Aby-Keirstead