The open internet, in particular, has decentralized the media and allowed black activists in a modern movement against police and state violence to bypass discriminatory media gatekeepers and reveal the extent of the state’s abuse. 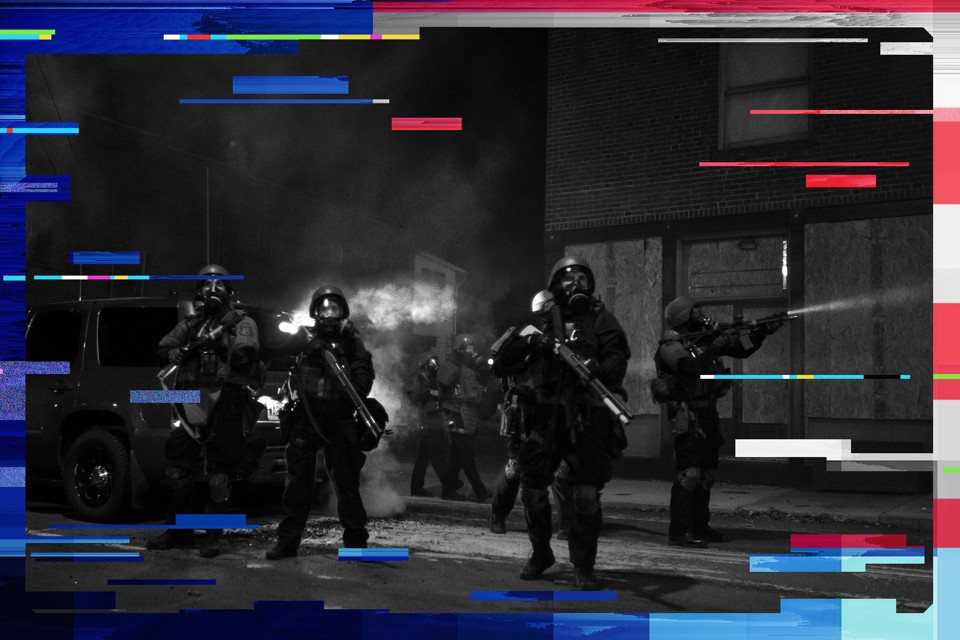 My first known ancestor in the Americas was an Ashanti woman called “the African.” We don’t know her name, but through records kept by slaveholders, we know she existed.

We know she was transported to Jamaica, where my known lineage began. These records of property bought and sold were a form of surveillance at the time.Early technologies, and the policies and practices that undergird them, were forged to separate the citizen from the slave. The slave passes, branding, and lantern laws of then have become the cellphone trackers, facial recognition software, and body-worn police cameras of now. Their mission, however, hasn’t changed much—to catch and control black dissidence—only now they’re doing so in a digital age.

These technologies have been incorporated into the law enforcement process at every level, from predictive algorithms for assessing pre-trial risk and criminal activity to widely adopted police technologies that face little to no oversight. These technologies—including cell-site simulators and surveillance cameras—are trained on communities of color, especially blacks, immigrants, Arabs, and Muslims. In each case, the presence of technology, of math, is touted as the lynchpin for countering bias despite clear evidence that data derived from discriminatory processes reinforces, not eliminates, bias.

CAN TECHNOLOGY RESCUE DEMOCRACY?
A collection of essays from technologists and scholars
about how machines are reshaping civil society

The open internet, in particular, has decentralized the media and allowed black activists in a modern movement against police and state violence to bypass discriminatory media gatekeepers and reveal the extent of the state’s abuse. When ordinary people capture shocking video footage of police officers fatally shooting black citizens, for example, it is more difficult for Americans to ignore the realities of racial injustice. Technology has always been a double-edged sword for black people in America and beyond. On the one hand, it can pose a grave threat; on the other, great opportunity.

My mother knew this better than most. She was one of thousands watched by the Federal Bureau of Investigations (FBI) counterintelligence program during the American civil rights and Black Power movements of the 1960s and 1970s. She was also editor of the Black Panther Party newspaper and an avid educator. She understood that media and technology could help black communities build democracy, but only to the degree that the technology itself was democratized.

Right now, more than 100 million people live without adequate access to broadband, and cost is the major barrier. This divide between those who can afford adequate internet access and those who cannot leaves millions out in an analog cold. Couple this with the rise of digital policing, and online censorship, and harassment in a high-tech civil society—and you’ll see the brutal gap between the people who have access to democracy in the 21st century, and those who do not.

Enforcing the FCC’s Title II Net Neutrality rules passed in 2015, to ensure all Internet traffic is treated equally, is one step the United States must take to preserve democracy in a digital age. It is one way those who have been persistently watched using digital technologies, can watch back using those same technologies. The open internet is a powerful tool in the fight against discriminatory mass surveillance.

Yet, under the current White House administration, which is backed by powerful industry special interests, efforts to repeal these strong and hard-won rules have already begun at the hand of former Verizon lawyer Ajit Pai.

Representative John Lewis, the long-time civil rights activist, remarked in a 2015 public statement supporting strong net neutrality rules that, “If we had the internet during the movement, we could have done much, much more to bring people together from all around the country, to organize and work together to build the beloved community. That is why it is so important for us to protect the internet. Every voice matters, and we cannot let the interests of profit silence the voices of those pursuing human dignity.”

Our survival, and our democracy, requires us to reject high-tech policing and usher in the strongest net neutrality rules available. The open internet can represent the future of digital democracy, or we can use technology to continue encoding inequality into our modern world.

This article is part of a collaboration with the Markkula Center for Applied Ethics at Santa Clara University.

The contents of Rise Up Times do not necessarily reflect the opinions of the editor.

Donate
By Rise Up TimesPublished On: May 10th, 20171 Comment