The Legacy of Psychological Warfare: The Deep State

What has been happening over the past months has confirmed the existence of a Deep State that is not only national but trans-Atlantic, aspiring to be global.

Since I wrote the article on Psychological Warfare—an article conceived well over a year ago when illness interfered with completing it—the world has moved on and the election of Trump to the U.S. presidency has rapidly changed things in America and globally while much has stayed the same, including the unworthiness of the mainstream corporate media and the push for endless war.

As Diana Johnstone succinctly describes, a new term has emerged, the Deep State. In an article about the French election published on Counterpunch, France: Another Ghastly Presidential Election Campaign; the Deep State Rises to the Surface, Johnstone addresses the Deep State, how it works and how what is happening in France and Europe is modeled on and part of the U.S. Deep State empire, suggesting that instead of the Eisenhower’s Military Industrial Complex, we have the Military Industrial Media Intelligence Complex.

In describing the role of the media, she also borrows a term from Noam Chomsky and Edward S. Herman, Manufacturing Consent, the title of their still relevant book that describes the media’s role and the ways in which it is designed to influence us in contemporary times.

Johnstone’s article artfully weaves the strands of the Deep State together, exposing its enormity and power. I have included an excerpt below, the conclusion where she brings the strands together.

The Deep State, as Johnstone describes it, IS the legacy of psychological warfare with its “black” and “white” — or “hard”  and “soft”  as she calls them — and many shades of gray operations and its octopuslike tentacles that reach worldwide, driven in great part by the CIA internationally with the enforcing arm of NATO and the FBI domestically with the enforcing arm of Homeland Security, although the agencies agendas overlap at times in a world of instant mass communication.

The Deep State operates and controls in a world of endless war and increasing destruction of the planet through policies that incrementally increase climate change for the profit of a few and the militarization of culture that penetrates all institutions and walks and of life and is characterized by the violence of the state that seeps into an increasingly violent culture.

Henry A. Giroux, the author of many books and articles that analyze the militarization of American culture, states this way what he describes as an America that has become a warfare, not a welfare state:

The war culture that saturates American society provides the breeding ground for a new mode of authoritarianism that threatens to engulf the whole of American society. War is no longer simply an instrument to be used by political powers, but a form of rule, a general condition of the social order itself– a permanent social relation and coordinating principle that affects all aspects of society.

—Henry A. Giroux, “Politics as Pathology in the Warfare State”

Excellent articles abound in the independent media in print and online about the militarization driven by the Deep State, including about one of their primary tools, the mainstream corporate media. A number of articles describing the militarization of culture and the role of the mainstream corporate media are posted on RiseUpTimes.org and will continue to be posted as different aspects are revealed and discussed in detail.

To cite just a few of the many examples of books about militarization, Nick Turse describes  The Complex: How the Military Invades Our Everyday Lives and Noam Chomsky addresses Who Rules the World? while Henry Giroux discusses the militarization of American culture and its many ramifications in his book America at War with Itself. And David Price has written about Weaponizing Anthropology: Social Science in Service of the Militarized State. Chris Hedges also refers to America’s militarization in his many articles and books.

Johnstone’s article is artful in the weaving together of how the “white” or “soft” side of the Deep State works. Through her descriptions of propaganda in the media at work the machinations of the Deep State emerge as they manifest both at home and abroad. Here is the conclusion to Johnstone’s article. I strongly recommend reading the full article, posted on RiseUpTimes.org.

The Deep State rises to the surface

The amazing adoption in France of the American anti-Russian campaign is indicative of a titanic struggle for control of the narrative – the version of international reality consumed by the masses of people who have no means to undertake their own investigations. Control of the narrative is the critical core of what Washington describes as its “soft power”. The hard power can wage wars and overthrow governments.  The soft power explains to bystanders why that was the right thing to do.  The United States can get away with literally everything so long as it can tell the story to its own advantage, without the risk of being credibly contradicted.  Concerning sensitive points in the world, whether Iraq, or Libya, or Ukraine, control of the narrative is basically exercised by the partnership between intelligence agencies and the media.  Intelligence services write the story, and the mass corporate media tell it.

Together, the anonymous sources of the “deep state” and the mass corporate media have become accustomed to controlling the narrative told to the public.  They don’t want to give that power up.  And they certainly don’t want to see it challenged by outsiders – notably by Russian media that tell a different story.

That is one reason for the extraordinary campaign going on to denounce Russian and other alternative media as sources of “false news”, in order to discredit rival sources.  The very existence of the Russian international television news channel RT aroused immediate hostility: how dare the Russians intrude on our version of reality!  How dare they have their own point of view! Hillary Clinton warned against RT when she was Secretary of State and her successor John Kerry denounced it as a “propaganda bullhorn”.  What we say is truth, what they say can only be propaganda.

The denunciation of Russian media and alleged Russian “interference in our elections” is a major invention of the Clinton campaign, which has gone on to infect public discourse in Western Europe. This accusation is a very obvious example of double standards, or projection, since U.S. spying on everybody, including it allies, and interference in foreign elections are notorious.

The campaign denouncing “fake news” originating in Moscow is in full swing in both France and Germany as elections approach.  It is this accusation that is the functional interference in the campaign, not Russian media.  The accusation that Marine Le Pen is “the candidate of Moscow” is not only meant to work against her, but is also preparation for the efforts to instigate some variety of “color revolution” should she happen to win the May 7 election. CIA interference in foreign elections is far from limited to contentious news reports.

In the absence of any genuine Russian threat to Europe, claims that Russian media are “interfering in our democracy” serve to brand Russia as an aggressive enemy and thereby justify the huge NATO military buildup in Northeastern Europe, which is reviving German militarism and directing national wealth into the arms industry.

In some ways, the French election is an extension of the American one, where the deep state lost its preferred candidate, but not its power.  The same forces are at work here, backing Macron as the French Hillary, but ready to stigmatize any opponent as a tool of Moscow.

What has been happening over the past months has confirmed the existence of a Deep State that is not only national but trans-Atlantic, aspiring to be global. The anti-Russian campaign is a revelation. It reveals to many people that there really is a Deep State, a trans-Atlantic orchestra that plays the same tune without any visible conductor. The term “Deep State” is suddenly popping up even in mainstream discourse, as a reality than cannot be denied, even if it is hard to define precisely. Instead of the Military Industrial Complex, we should perhaps call it the Military Industrial Media Intelligence Complex, or MIMIC.  Its power is enormous, but acknowledging that it exists is the first step toward working to free ourselves from its grip.

Diana Johnstone is the author of Fools’ Crusade: Yugoslavia, NATO, and Western Delusions. Her new book is Queen of Chaos: the Misadventures of Hillary Clinton. She can be reached at diana.johnstone@wanadoo.fr 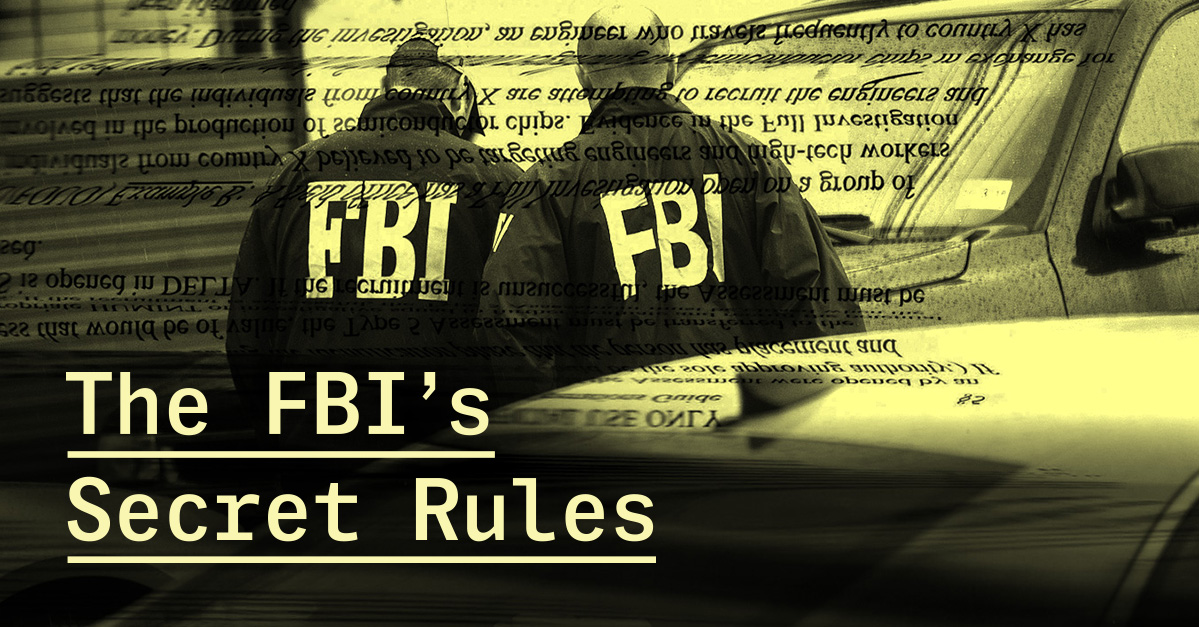 The FBI’s Secret Rules — President Trump has inherited a vast domestic intelligence agency with extraordinary secret powers. A cache of documents offers a rare window into the FBI’s quiet expansion since 9/11. 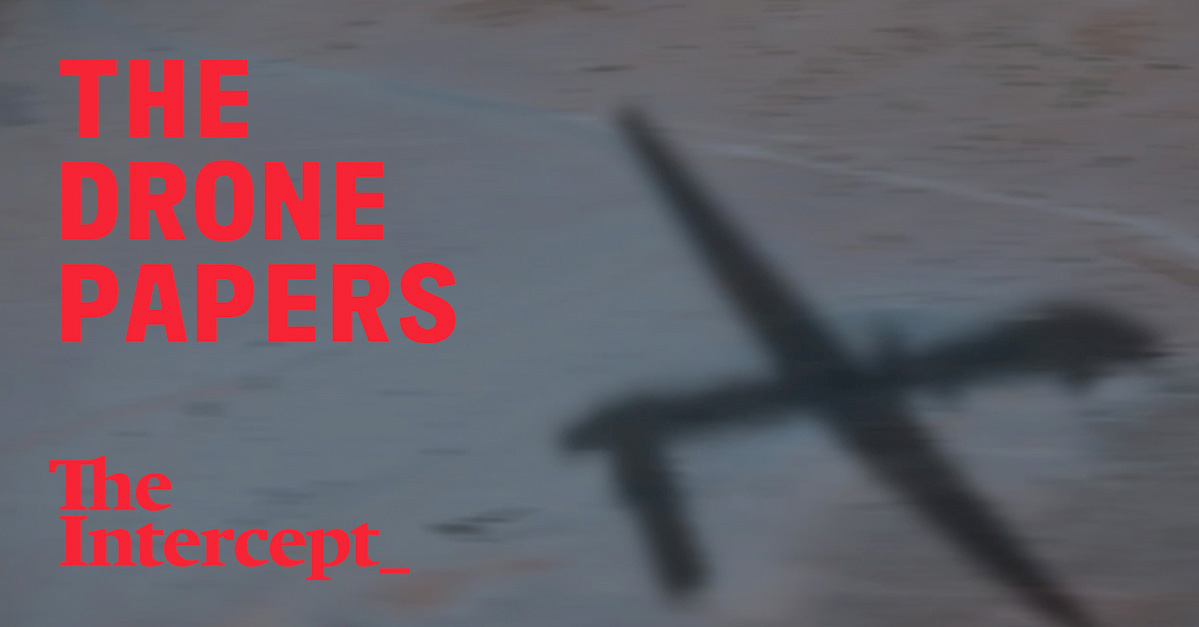 The Drone Papers — The Intercept has obtained a cache of secret documents detailing the inner workings of the U.S. military’s assassination program in Afghanistan, Yemen, and Somalia. The documents, provided by a whistleblower, offer an unprecedented glimpse into Obama’s drone wars.

The Secret Surveillance Catalogue — A source provided The Intercept with a secret, internal catalogue of cell-phone surveillance devices used by the military and intelligence agencies.

← David Price | Rogue Elephant Rising: The CIA as Kingslayer
Chris Hedges | The Elites Won’t Save Us  →