Undercover operations were tightly supervised and regulated
in the past, since it was well understood there was a slippery slope, especially when informants and agents are paid/rewarded
for such work and prosecutive “accomplishments.” …  Unfortunately, it seems the FBI, in its Mission Impossible role
in the “war on terrorism,” has become much more lax in its oversight of “undercover operations.”

By Coleen Rowley  Women Against Military Madness Newsletter  Fall I 2016 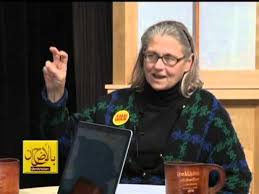 Ever since 9/11, thousands and thousands of tips and leads have flowed into the FBI as a result of heightened fear and citizen awareness (i.e., “if you see something, say something”); increased pressures on agents to operate more and more informants reporting on terrorism and the huge metadata collection of 3rd party-held records on people. This, in turn, generates thousands and thousands of “inquiries,” which are opened without any reasonable suspicion but entail limited checking out of the information.

Most of these “inquiries” are closed and filed away, as there is little or no way to ascertain if any “suspect” poses a danger. However, if enough information is eventually accumulated on somebody and the source of the information is reliable, reasonable suspicion or probable cause may exist to open a full investigation that would allow more intrusive techniques such as physical or electronic surveillance.

But there is not enough manpower to do these things with the large number of cases being generated, which are many times the number of investigators. So the FBI appears to have fallen into extensive reliance upon the use of informants and “sting” undercover operations to get close to investigative subjects as its main investigative method in terrorism cases.

Undercover operations were tightly supervised and regulated in the past, since it was well understood there was a slippery slope, especially when informants and agents are paid/rewarded for such work and prosecutive “accomplishments” (i.e., arrests, indictments, convictions) based on crimes that might not have ever been committed if the targeted person had not been coaxed or pressured. Unfortunately, it seems the FBI, in its Mission Impossible role in the “war on terrorism,” has become much more lax in its oversight of “undercover operations.”

It cannot be known with any degree of certainty what percentage of FBI “stings” consist of targeted individuals who were induced or “entrapped” to agree to commit crimes and who would not have otherwise committed such crimes, but in my opinion it’s a large majority.

Those convicted as a result of the FBI undercover/informant operations will inherently include many “false positives,” while such operations will never be able to detect and prevent all the true acts of “terrorism”. “Terrorism” motives cannot even be easily identified when they blur together with hate crimes and senseless copycat mass shootings, such a those committed by Orlando shooter Mateen; the latter types of crimes stem as much our militarized culture that lionizes films like American Snipers and other depictions of violence.

Coleen Rowley is a retired FBI agent and former Minneapolis chief division counsel. She is a member of Sam Adams Associates for Integrity in Intelligence and Veteran Intelligence Professionals for Sanity, and a board member of Women Against Military Madness.

Permission to republish is freely granted with credit to Women Against Military Madness.

Donate
By Rise Up TimesPublished On: September 15th, 20161 Comment