Two recent decisions by the U.S. Supreme Court and a federal court in Virginia continue the erosion of Fourth Amendment protections from unreasonable search and seizure.

Two controversial rulings from the U.S. Supreme Court and a federal judge in Virginia have civil liberties activists concerned about future abuse of power by law enforcement. On June 20, the Supreme Court ruled that evidence of a crime can be used against a defendant even if the evidence was gathered illegally. In a 5 to 3 decision, the court’s liberal judge warned that the ruling might encourage future rights violations.

The ruling comes in a case in which a police detective illegally stopped defendant Joseph Edward Strieff on the streets of South Salt Lake City, Utah. A name check revealed an outstanding warrant for him. Police Detective Doug Fackrell arrested Strieff and routinely searched him, finding that he was carrying methamphetamine.

The case raised the question of whether the valid warrant outweighs the stop, which was illegal because Fackrell lacked any reasonable suspicion that Strieff had been violating the law. It was the court’s latest case that questions whether evidence should be thrown out of court because the police did something wrong or illegal that led to the discovery of the evidence. 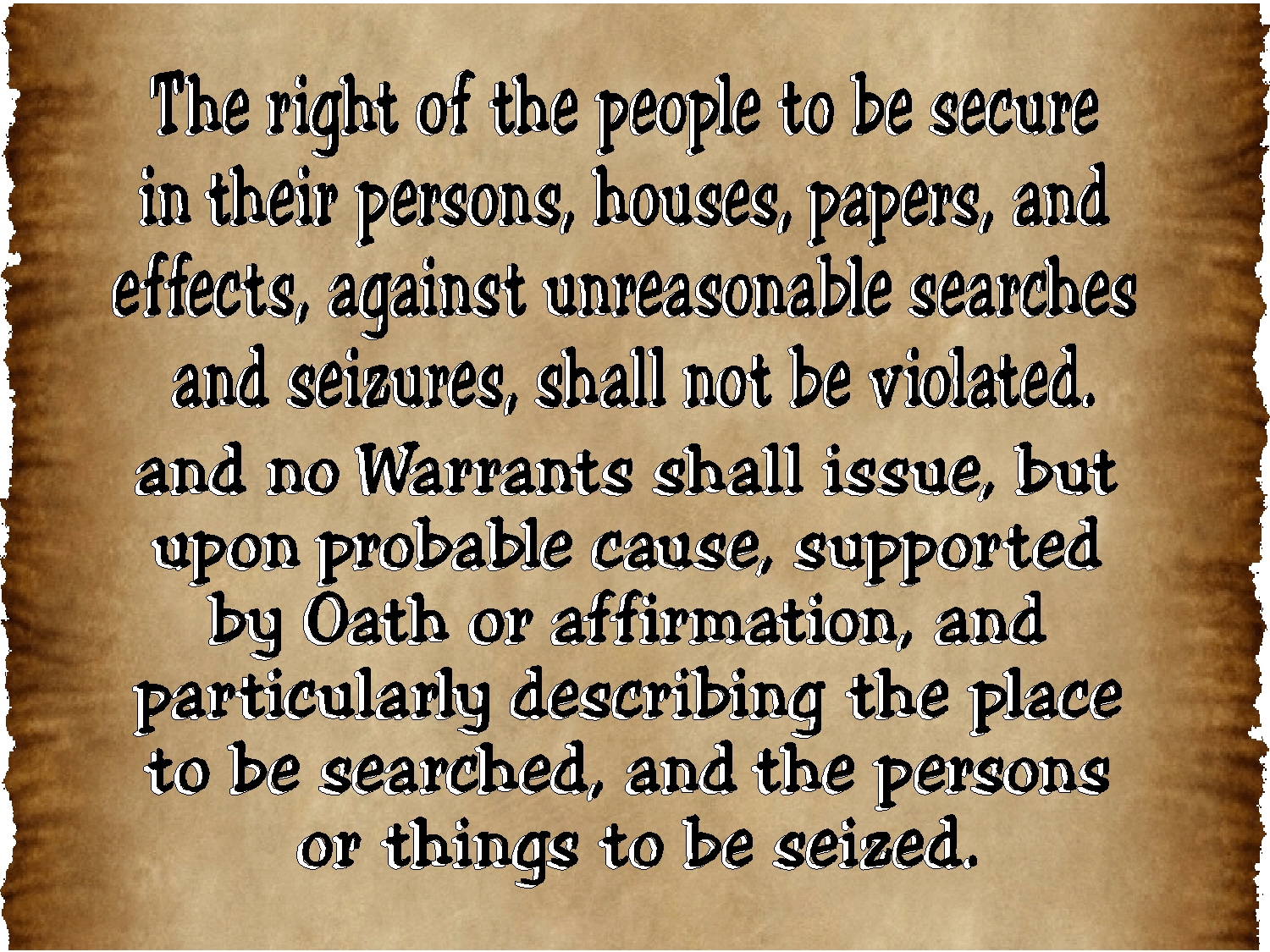 Justice Sonia Sotomayor called the decision a threat to constitutional rights. “The court today holds that the discovery of a warrant for an unpaid parking ticket will forgive a police officer’s violation of your Fourth Amendment rights,” Sotomayor wrote with Justice Ruth Bader Ginsburg. “Do not be soothed by the opinion’s technical language: This case allows the police to stop you on the street, demand your identification and check it for outstanding traffic warrants — even if you are doing nothing wrong.”

If the officer discovers a warrant for a fine you forgot to pay, courts will now excuse his illegal stop and will admit into evidence anything he happens to find by searching you after arresting you on the warrant.

In a separate dissenting opinion, Justice Elena Kagan said the ruling “creates unfortunate incentives for the police – indeed practically invites them to do what Fackrell did here.”

Meanwhile, a federal court in Virginia ruled that the federal government does not need a warrant to hack into your personal computer because there is no “reasonable expectation of privacy.” The decision stems from the prosecution of Edward Matish, one of hundreds of suspects in the Federal Bureau of Investigation’s investigation of the dark web child pornography site Playpen. In 2014 the FBI seized the server hosting Playpen, but continued to allow the site to operate while serving malware to thousands of people logging into the site. The malware sent identifying information from the attacked computers back to the FBI. There are now hundreds of cases pending across the country.

US District Court Judge Henry Morgan denied an attempt to suppress evidence against Matish and said although the FBI had a warrant to hack the computers, it was not a requirement because there was no reasonable expectation of privacy while using the Internet.

Obviously, child pornography is a disturbing sickness and should be dealt with accordingly, but the court’s decisions will likely have a disastrous long-term effect on the Fourth Amendment. The Electronic Frontier Foundation filed an amicus brief in support of the Fourth Amendment in the case. The EFF writes:

Courts overseeing these cases have struggled to apply traditional rules of criminal procedure and constitutional law to the technology at issue. Recognizing this, we’ve been participating as amicus to educate judges on the significant legal issues these cases present. In fact, EFF filed an amicus brief in this very case, arguing that the FBI’s investigation ran afoul of the Fourth Amendment. The brief, unfortunately, did not have the intended effect.

The EFF notes  that they do not expect the ruling to hold up on appeal, but the idea that there should be no expectation of privacy while using the Internet is absolutely dangerous. To be certain, in the age of the Surveillance State one should never trust that any form of digital communication is safe from prying eyes and ears. If this decision (or even a similar one in the future) is upheld it would allow the police to remotely and randomly search and seize information from your computer or other electronic devices, without a warrant, and without probable cause. Sadly, with technology like cell site simulators, these violations of basic privacy and liberty are already taking place. These court decisions only help to cement the violations as the law of the land.

Derrick Broze is an investigative journalist and liberty activist. He is the Lead Investigative Reporter for ActivistPost.com and the founder of the TheConsciousResistance.com. Follow him on Twitter.

Derrick is available for interviews.

Donate
By Rise Up TimesPublished On: June 29th, 20161 Comment