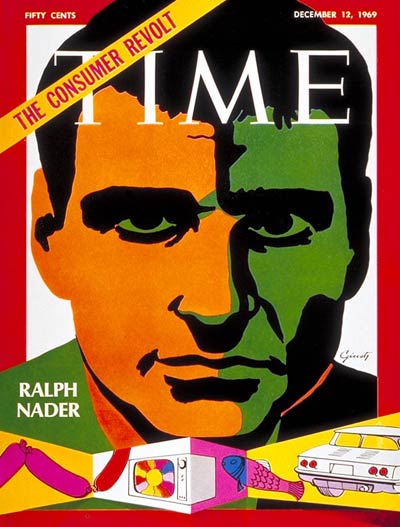 Our political economy – a wonderfully embracing phrase much used a century ago – has three main components: The electoral/governmental powers, the marketplace, and the civil society, which is composed of we the citizens.

It is well known that when “we the people” get lax about our consumer rights and our voting choices, both the companies and the politicians turn their backs on us and look out for themselves and their fat-cat donors. The civil society’s energy or apathy has a profound role in shaping how the other two sectors function, and can either safeguard our democracy or drive it into the ground.

All this is by way of saying that increasingly commercializing our elections every four years is devastating to the freedom and justice produced by a functioning democratic society. Our presidential and congressional elections this year represent a commercial conglomerate profit center.

There are the corporate Super PACs and the billionaire patrons who manipulate their sponsored candidates, who in turn make explicit or implicit promises to their paymasters to keep the money flowing into their campaigns. The corporate mass media thrives on the high ratings generated by the mud fights (recall the Republican presidential primary led by Trump). The media moguls charge high advertising rates and make more profits than ever from elections.

Taken together, commercializing elections means that everything is for sale – unless you opt out Bernie Sanders style and refuse corporate PAC contributions and super-rich funding.

When elections are for sale, you know who is most likely to win the auctions. You know how much less your votes and your views count. You know how cleverly sleazy will be the flattery that politicians send your way so as to obscure who really owns them.

As the election business worsens, the civil community—those neighborhood, local, state and national nonprofits that work to reduce many injustices and defend our civil rights and liberties under law—are ignored, side-lined and disrespected.

Whether by the mass media interview shows or on the daily campaign trail, citizen activists and citizen group leaders are rarely asked for their views, for their experience, for their horizons as to what is long overdue and possible.

But the bloviating pundits are regularly featured on the political talk shows; so are the garrulous political consultants to the candidates. But the bedrock of our democratic potential—the real experts, the movers and shakers, who start and continue decade after decade the difficult march toward a better society—are treated by the media bookers as off-limits or as interlopers.

One result of this two-party, for-sale tyranny is that most issues on people’s minds are not debated or discussed inside the electoral arena. In 2008, I listed over a dozen such proposals—many with majoritarian support—that both the Republican and the Democratic Parties took off the table (see votenader.org).

Another result of commercial elections is that, by cordoning off its political dances while flattering “the American people,”  they lull the electorate into complacency. When enough people get indignant they act and take back control by vigorous engagement in the election process before the choices and pathways are narrowed by the two-party duopoly.

Sure, some people get steamed but it is rarely enough to combat the tendency to revert back to cynicism, withdrawal or proud apathy.

Last month we convened the greatest number of accomplished citizen groups on the largest number of reforms and redirections ever brought together. One after another on the stage of historic Constitution Hall in Washington, D.C. they spoke of the entrenched power and greed that they overcame over the past half-century to improve America.

Will you ever see or hear them on national TV or radio broadcast by companies using our public airwaves so profitably for free? Unlikely. Go to the website breakingthroughpower.org to see them and dozens of other leaders who too often get shut out by our rulers.

We invited every member of Congress to attend this event by delivered mail and some by repeated phone calls. Not one of these 535 Senators and Representatives (nor their staff), who spend so much time raising campaign cash, saw fit to go a couple miles from Capitol Hill to this unprecedented convocation.

One percent or less of the voters, organized in every Congressional District, can civilize these commercialized elections, because that is what the vast majority of the citizenry want.

Do those few people have enough dedicated time for the basic patriotism of making their country more lovable?

Your replies are welcomed at nader.org.

Donate
By Rise Up TimesPublished On: June 19th, 20161 Comment