The files, from Snowden, show the NSA worked daily with the CIA and military on interrogations at Guantánamo and supported renditions. 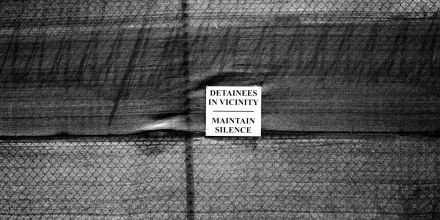 PERSONNEL FROM THE National Security Agency worked alongside the military, CIA, and other agencies on interrogations at Guantánamo in the early days of the war on terror, new documents show.Entries from an internal NSA publication, which were among the documents provided by whistleblower Edward Snowden, described staffers’ deployments to Guantánamo Bay during a time period when prisoners were subjected to brutal questioning and mistreatment. An NSA employee also described participation in a rendition, when U.S. forces seized six men in Bosnia and secreted them off to Cuba.

In October 2003, a post in SIDtoday, the online newsletter of the NSA’s Signals Intelligence Directorate, or SID, advertised the “chance to get to GITMO for 90 days!”

The NSA’s liaison, or NSA LNO, would “coordinate” with interrogators “to collect information of value to the NSA Enterprise and Extended Enterprise” and be “responsible for interfacing with the DoD, CIA, and FBI interrogators on a daily basis in order to assess and exploit information sourced from detainees.” In some instances, the relationship would go the other way, with the NSA providing “sensitive NSA-collected technical data and products to assist JTF-GTMO [Joint Task Force Guantánamo] interrogation efforts.”

The post’s title was “Can You Handle the Truth?” — a reference to Jack Nicholson’s famous line in the courtroom drama A Few Good Men, set in Guantánamo.

Two months later, in another post, an NSA liaison reported back on his trip. “On a given week,” he wrote, he would “pull together intelligence to support an upcoming interrogation, formulate questions and strategies for the interrogation, and observe or participate in the interrogation.”

Outside work, “fun awaits,” he enthused. “Water sports are outstanding: boating, paddling, fishing, water skiing and boarding, sailing, swimming, snorkeling, and SCUBA.” If water sports were “not your cup of tea,” there were also movies, pottery, paintball, and outings to the Tiki Bar. “Relaxing is easy,” he concluded.

Other accounts of Guantánamo around the same time were not so sunny.

FBI agents there internally protested the interrogation tactics they witnessed, describing them as “torture techniques” and “beyond the bounds of standard FBI practice,” including detainees being chained in fetal positions on the floor, without food or water, and the use of strobe lights, loud music, and dogs.

The International Committee of the Red Cross charged in a 2004 confidential report that treatment of some prisoners at Guantánamo was “tantamount to torture.” In a June 2004 visit, its investigators reported “humiliating acts, solitary confinement, temperature extremes, use of forced positions” and “some beatings,” according to a New York Times report.

The George W. Bush administration began bringing prisoners to Guantánamo in early 2002, and by the end of the year, over 600 men had been processed at the prison.  Over the next few years, over a hundred more would arrive. Despite the Bush administration’s rhetoric that Guantánamo held “the worst of the worst,” many of them were innocent men, some of whom had been sold for bounty to U.S. forces in Afghanistan. Only a handful of them would ever be charged with a crime by the U.S. government.

It’s not a surprise that the NSA would send representatives to support military operations (as detailed in this Department of Defense doctrine), but its role during this controversial period remains murky. In the many investigations into detainee treatment, the NSA has hardly surfaced.

Neither the Senate Intelligence Committee’s report on the CIA’s detention and rendition program (which confirmed the existence of two CIA facilities at Guantánamo) nor a 2008 Senate Armed Services Committee report on detainee abuse by the military addresses the role of the NSA, at least in the heavily censored versions that have been made public.

The NSA documents made explicit reference to the CIA working on interrogations at Guantánamo. At the time of the documents, in late 2003, the CIA had just brought four of its “high-value” prisoners to Guantánamo: alleged al Qaeda operative Abu Zubaydah, Ramzi Binalshibh and Mustafa al-Hawsawi, who helped plan the 9/11 attacks, and Abd Al-Rahman al-Nashiri, accused of planning the bombing of the USS Cole in Yemen in 2000. These men had been subjected to torture in other overseas CIA prisons; Zubaydah, for instance, was waterboarded 83 times. They were moved out of Guantánamo again in March 2004, when it appeared imminent that the Supreme Court was going to give detainees access to U.S. courts (all four came back in 2006, after Bush acknowledged and closed the CIA black sites). 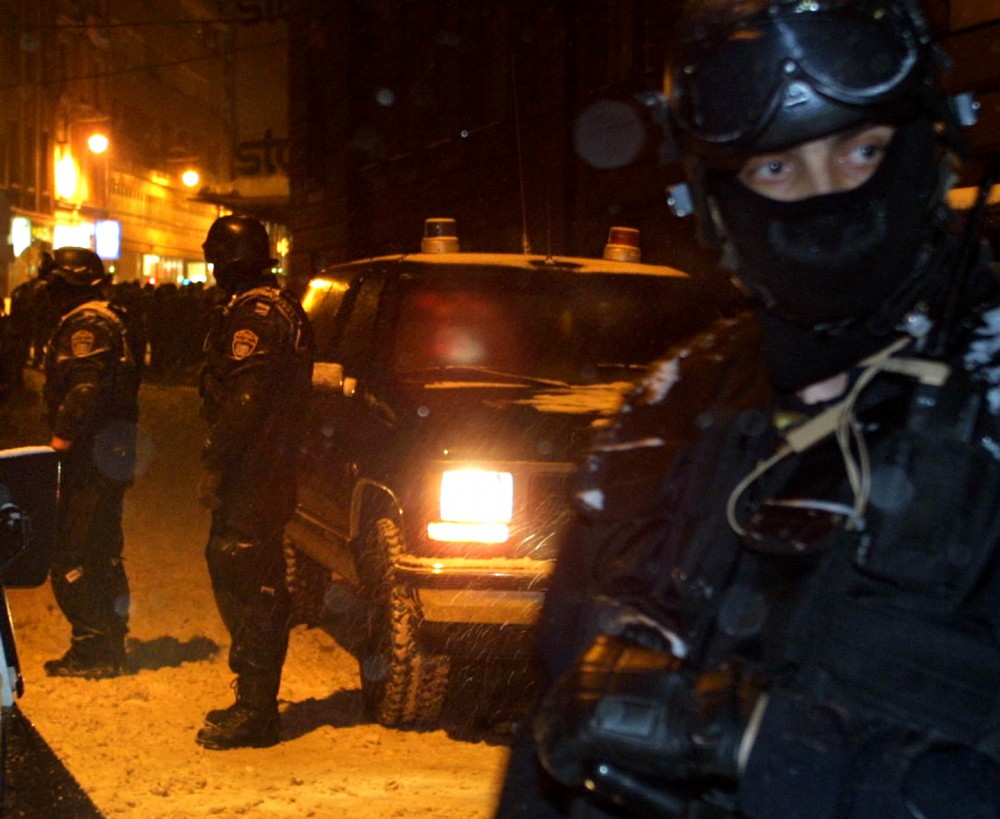 A Bosnian riot police officer in front of Sarajevo’s central prison guards a car containing some of the six Algerian men suspected of having terrorist links, Jan. 18, 2002.  Photo: Sava Radovanovic/AP

Another SIDtoday entry described a rendition in which six men were bundled away from Bosnia to Guantánamo in early 2002. Most renditions were CIA-run; this is one of the only such operations known to have beencarried out by the military outside Afghanistan.

The men — natives of Algeria who became known as “The Algerian Six” — had been linked to a plot to bomb the U.S. in Sarajevo, but a Bosnian judge had ordered them released for lack of evidence. But the United States leaned on the Bosnian government to hand them over instead.

The NSA staffer who wrote the SIDtoday piece recounted the operation as part of a series of anecdotes provided by NSA employees about working overtime.

“Because much of the evidence against them came from U.S. intel, the Bosnian government didn’t have access to it, and after a couple of months in custody, the six prisoners were scheduled to be released without trial,” she wrote. “The U.S. did not want to let them go back into the general population,” so the commander of the unit in charge, Lt. Gen. H. Steven Blum, “planned to take the prisoners into U.S. custody as soon as they were released by the Bosnians. The prisoners would be taken from Sarajevo up to Tuzla.”

The staffer was tasked with watching for the possibility of an ambush on the military convoy. The men’s release, she wrote, “was delayed for several hours due to a large demonstration outside the building they were being held in,” and “the convoy did not leave Sarajevo until after midnight.”

“The ‘gentlemen’ in question are still guests of the U.S. government, at Guantánamo Bay,” she wrote in the entry dated September 3, 2008. In fact, just a few months later, a federal judge ordered five of the six men released on lack of evidence. One of them, Lakhdar Boumediene, had brought a suit that led to a landmark decision in June 2008 that Guantánamo detainees had the right to challenge their detention in federal court. The last of the men, Belkacem Bensayah, was released to Algeria in 2013.

“A Unique Opportunity Awaits You” in Iraq

NSA analysts were also intimately involved in interrogations in Iraq; a December 2003 call for volunteers to deploy to Baghdad as counterterrorism analysts with the Iraq Survey Group, which was leading the search for Saddam’s weapons of mass destruction, said that “the selectee will, in all likelihood, be involved in the interrogation/questioning of potential leads,” as well as “the evaluation and analysis of interrogation reports and other HUMINT-based reports.”

A June 2003 SIDtoday article described snapshots of a trip with Maj. Gen. Richard J. Quirk III, then the agency’s director for signals intelligence. The photos for the entry are missing from the file, but one caption described a visit to Abu Ghraib prison, where “the group discussed the role of interrogations and how they can provide links for SIGINT.” In an ironic addition, given that Abu Ghraib would soon become the notorious symbol of prisoner abuse, the newsletter noted the group “also visited one of Saddam’s torture chambers.”

Research: Margot Williams.
Donate
By Rise Up TimesPublished On: May 22nd, 20161 Comment