Pakistan’s tribal region of Waziristan, constantly watched and regularly bombarded by US military drones, has been called the most dangerous place on earth. The relentless assault exacts a huge psychological toll on the people who live there.

The US missile-attacks destroy militant training compounds and cars but they also hit mosques, homes, religious schools and civilian vehicles. 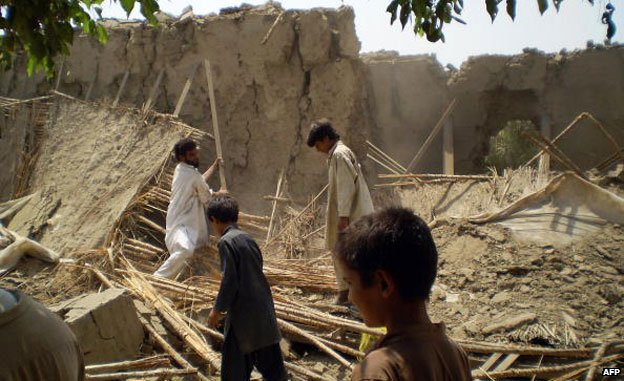 Pakistan’s tribal region of Waziristan, constantly watched and regularly bombarded by US military drones, has been called the most dangerous place on earth. The relentless assault exacts a huge psychological toll on the people who live there.

The US missile-attacks destroy militant training compounds and cars but they also hit mosques, homes, religious schools and civilian vehicles.
I witnessed the fear, stress and depression this causes for the tribal communities on a visit to the region in May.
The drones do not suddenly appear over the horizon, carry out the attack and leave. At any given time of the day, at least four are hovering in the sky, emitting a distinctive and menacing buzzing sound.
They call them “mosquitoes”.

“Anybody who has been listening to the buzzing all through the day usually can’t sleep at night,” says Abdul Waheed, a tribesman in North Waziristan.

“It’s like a blind man’s stick – it can hit anybody at any time.”
People here tell me that it is not just Taliban and al-Qaeda members who are targeted, many ordinary citizens have been killed as well.
In some cases, tribesmen, motivated by a clan or blood feud, have pointed out a rival as a Taliban member or al-Qaeda sympathiser, they say, in the hope he will be blown to bits.
Everybody believes they could be next.
“There is only one way to sleep now,” says Mateen Khan, a car mechanic in the town of Miranshah. “I take sleeping pills like many other people here. It is either that or stay awake all night.”
As I drive into Waziristan via the Orakzai tribal region the road is littered with sites of drone attacks – some militant compounds, but most of all vehicles.
Locals have left markers to remember the sites and in some places burnt-out car wrecks are lying on the roadside. The first prominent Taliban commander I meet is Wali Mohammad, brother of the now legendary Nek Mohammad.
Nek Mohammad, who laid the foundation of the Taliban insurgency in Pakistan, was killed in a drone strike in 2004 – the first such attack in the region. Wali Mohammad was also seriously injured, but survived.
Wali Mohammad says that most Taliban, himself included, would prefer to fight and die on the front with the enemy (Nato forces) than be killed by a drone. “I’m not afraid of the drones – but I also don’t want to die in a drone attack,” he says.
Taliban and local tribesmen say the drones almost always depend on a local spy, who gives word when the target is there.
Some say the spy leaves a chip or microchip at the site, which guides drones in for the kill. Others say special marker ink is used – rather like “X” marks the spot.
For this reason, many people – especially militant commanders – now leave a guard near their vehicle when they go visiting, to keep loiterers away. 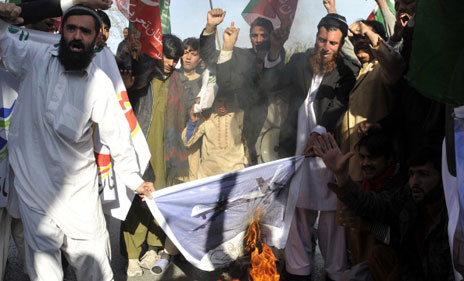 Anyone coming under suspicion is unlikely to get a hearing. The Taliban kill first and decide afterwards if the suspect was involved or not. It is better to be safe than sorry, they say.
Four drone strikes occurred during my 25-day stay in North Waziristan, two in the town of Mir Ali and two around Miranshah. 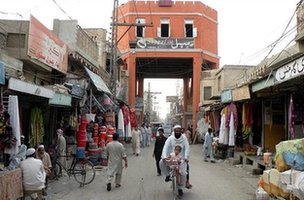 One, on 26 May, hits a building in the main bazaar in central Miranshah, less than 500m from where I am staying.

It’s 04:15 in the morning when the blast wakes me. Just as someone next to me says it’s the sound of a missile being fired there is an angry whizzing noise overhead and then an explosion.
The gap between the missile being launched and hitting its target is just a few seconds. People run out of their homes into the street in fear. Some are rushing to the spot to see who has been hit.
A room on top of a bakery in the centre of the market has been destroyed. Some local people and Taliban are clearing the rubble. They say three people have been killed.
A few minutes later, the Taliban and locals are able to sift through the rubble and dig up the dead and injured. These are quickly taken away from the site of the attack and no-one is willing to say who they are.
When I try to speak to people and militants later, everybody gives a different answer. It seems that no-one is sure who has been killed, but before long I hear on the radio that a senior al-Qaeda leader – Abu Hafs al-Misri – is among the dead.
In the aftermath of this attack, I speak to local shopkeepers. One is very angry. He says the attacks have destroyed the lives and livelihood of the local population.
While no-one – common citizen or militant – disputes the fact that al-Qaeda leaders have been killed in the strikes, they also point to the massive “collateral damage” incurred, and the many innocent lives that have been lost.
The Taliban have no real answer or solution to the drones – so they spend most of their time trying to weed out the spies who supply information for the strikes. I see several people being arrested. 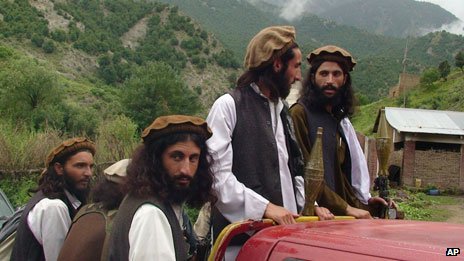 A Taliban commander tells me most of the spies are local people recruited by Pakistan’s security agencies.
Like almost all other Taliban commanders, he holds the Pakistan government and security forces responsible for the drone attacks.
The Taliban leaders say the drones will never cause them to give up.
Yet in the middle, it is the common people in these regions who continue to suffer – undergoing mental anguish every day.

Donate
By sueannmPublished On: October 23rd, 2012Comments Off on Ahmed Wali Mujeeb> Inside Pakistan’s drone country