Henry Giroux: Why it is dangerous to use the language of war about COVID-19

“For Trump, saving the economy is more important than saving lives. As ‘warriors’ the American public is being told to support this new battlefield strategy…”

Ruling Class Operatives Say the Darndest Things: On Devils Known and Not by Paul Street

What’s the main difference between Trump and Obama when it comes to U.S. arms sales abroad? As the noted liberal arms trade analyst William Hartung told DN’s Amy Goodman this week, “Well, [Trump’s] much more blatant about it. He’s shouting it from the rooftops. …”

Henry A. Giroux | Radical Politics in the Age of American Authoritarianism: Connecting the Dots

The left needs a new political conversation that encompasses memories of freedom and resistance. Such a dialogue would build on the militancy of the labor strikes of the 1930s, the civil rights movements of the 1950s and the struggle for participatory democracy by the New Left in the 1960s. At the same time, there is a need to reclaim the radical imagination and to infuse it with a spirited battle for an independent politics that regards a radical democracy as part of a never-ending struggle. 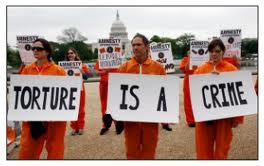 With the release of the Senate Select Committee on Intelligence’s report on the CIA’s use of torture, it becomes clear that in the aftermath of the loathsome terrorist attacks of 9/11, the United States entered into a new and barbarous stage in its history, one in which acts of violence and moral depravity were not […]

The U.S. is being overrun by a wave of anti-science, anti-intellectual thinking. Has the most powerful nation on Earth lost its mind? Editor’s Note: I am publishing three articles in tandem because each reflects a side of the same problems in American culture. Norman Pollack’s scathing critique (in “Fascist Trifecta”) of mainstream corporate media (The New York […]

Published on Mar 20, 2012 by joefriendly Noam Chomsky talks of the longstanding hostility of the rich to truly educating the public so they don’t realize they are victims of an economic system they need to replace with one that truly serves the public. March 16, 2012. Special thanks to Rev. Rhonda Rubinson of St. Philip’s Church of […]

U.S. PUBLIC “BRAINWASHED” TO HATE IRAN, PRESIDENT OF VETERANS FOR PEACE SAYS “We have to reach out to the global community and get them to put pressure on the U.S. to prevent war against Iran.” posted by ValentineAnthony on Tue, 2012-08-14 As the World Sleeps By Sherwood Ross,http://www.astheworldsleeps.org MIAMI, FL — The president of a veterans’ anti-war organization […]