On January 1, 2021, Minneapolis writer and photographer Michael Bayly visited the corner of 38th St. and Chicago Ave. where on May 25, 2020 George Floyd was murdered. 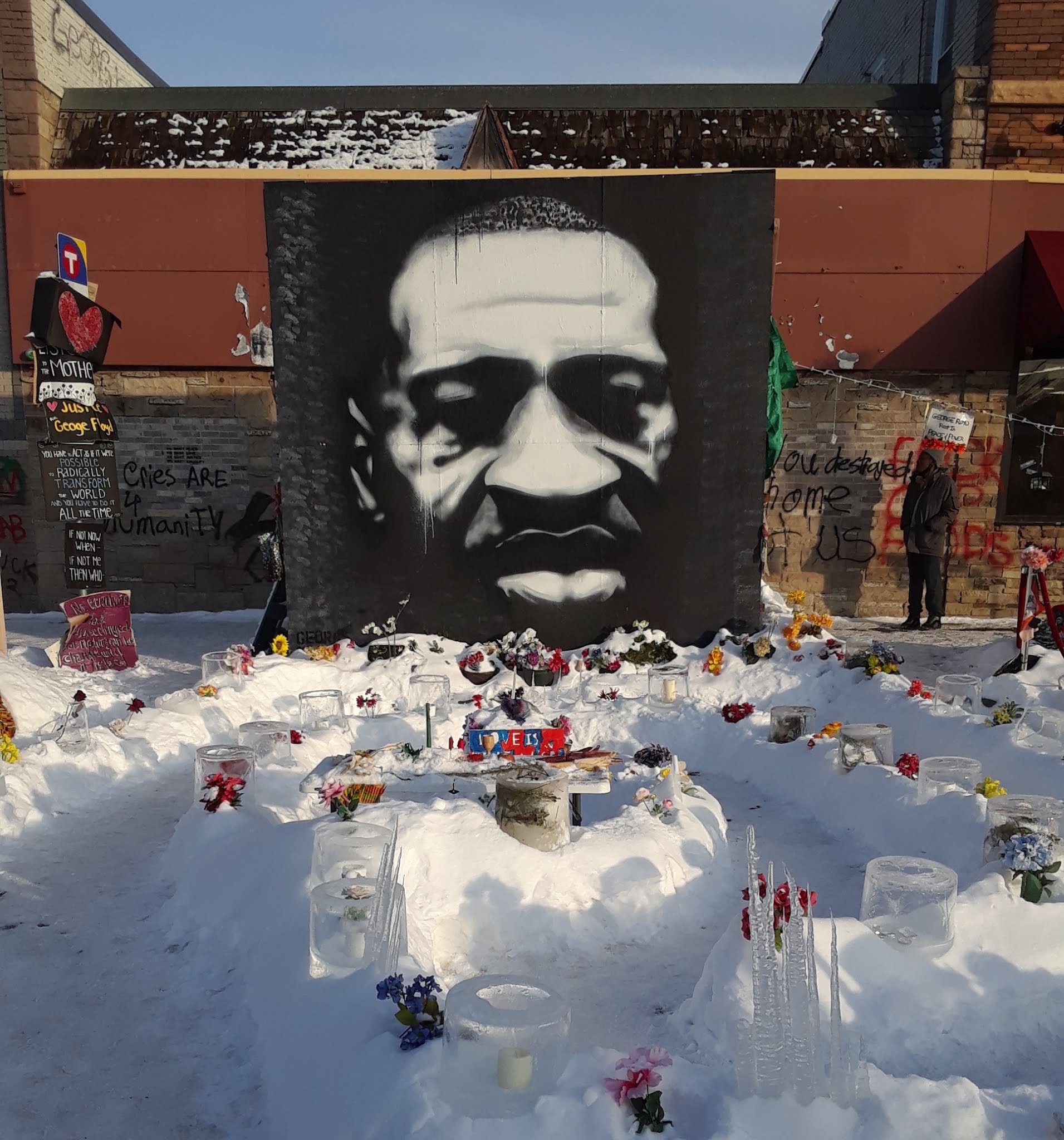 Last Friday was the first day of 2021, and early that morning I decided that I would mark the start of this new year in a number of very intentional and meaningful ways.

First, as music often accompanies me as I move into a new day, I decided that I would intentionally choose the first song I would listen to on this very special new day. It should be a song, I thought, that not only inspires me to dance, but also one that inspires me in my striving to be an aware, proactive and compassionate presence in the world; or, said another way, a human embodiment of the divine’s transforming love in the here and now.

As I noted in my post on January 1, the song that most resolutely inspires me in all these things is Buffy Sainte-Marie’s “Carry It On.” . . . So, yes, that was the song I played. 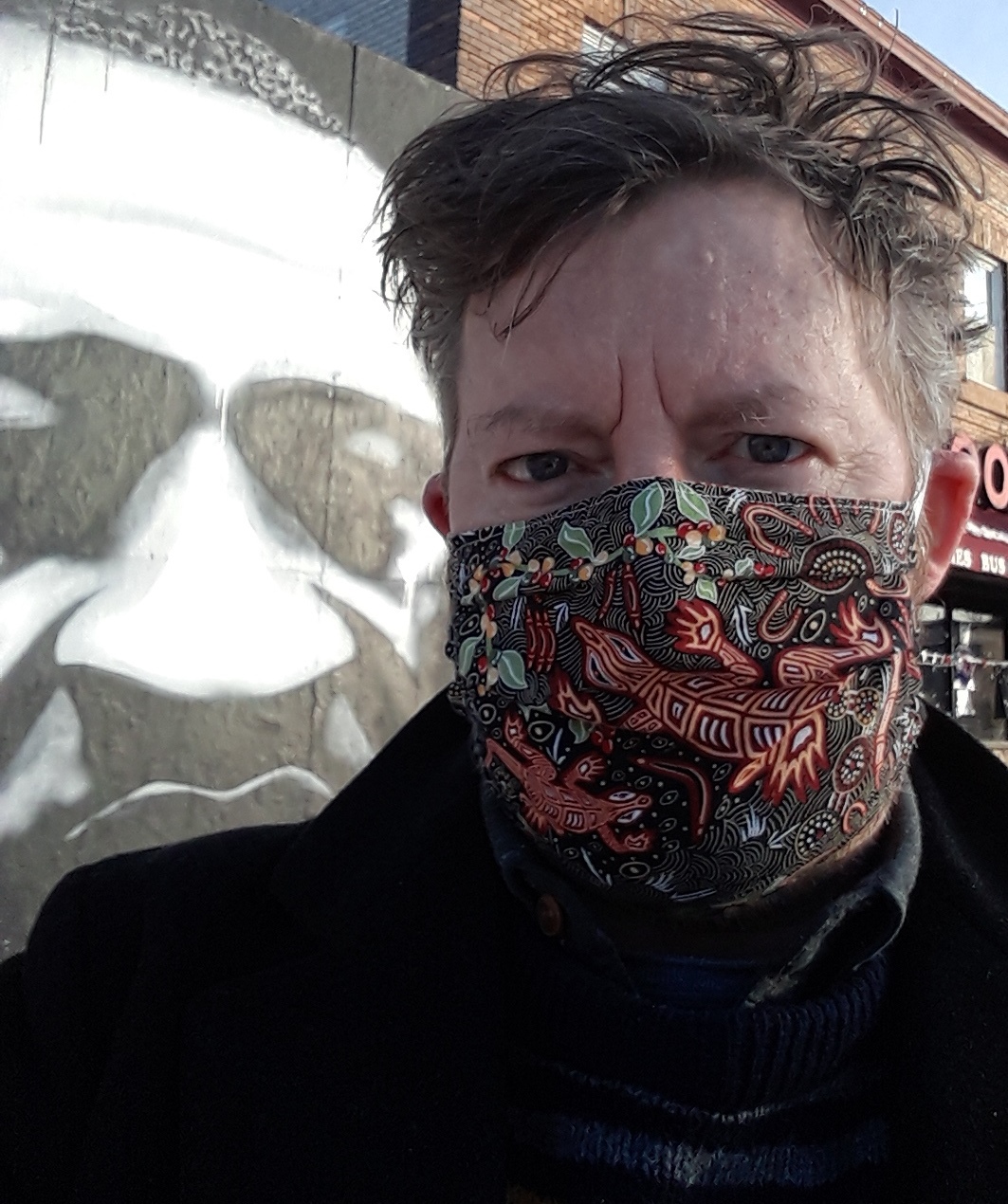 Next, I decided that I would visit two places of spiritual power here in south Minneapolis: the George Floyd Memorial Site and the Prayer Tree. The latter is a personal place of spiritual connection and renewal for me, while the former is a spiritual power center of and for the building of community, the prophetic call for justice, and the remembrance of a man whose death sparked a global uprising for racial justice.

Following are images from my time at the George Floyd Memorial Site and the Prayer Tree on the afternoon of Friday, January 1, 2021. I experienced my time at both of these places as holy, grounding, and renewing. 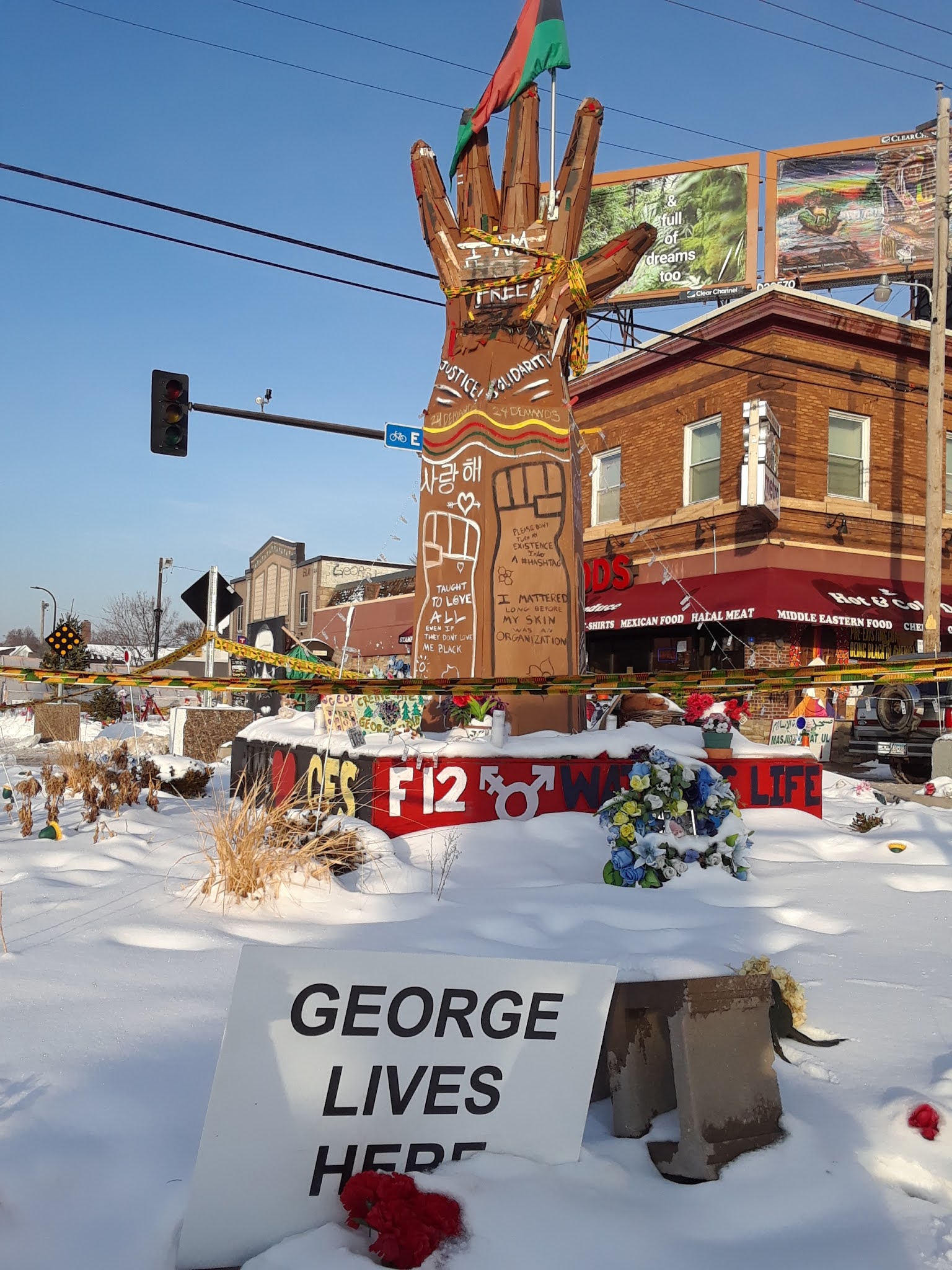 Notes Wikipedia:
The George Floyd memorial site is an occupation protest at the intersection of East 38th Street and Chicago Avenue in Minneapolis, Minnesota United States. The street intersection is where George Floyd, an unarmed 46-year-old black man, was killed on May 25, 2020, by Derek Chauvin, a white Minneapolis police officer during an arrest outside the Cup Foods convenience store. The manner of Floyd’s death, which was captured on video by a bystander and circulated widely in the media, sparked a global protest movement about police violence and structural racism.

Local unrest in Minneapolis–Saint Paul immediately after Floyd’s death was the second most destructive in United States history, after the 1992 Los Angeles riots, but peaceful protest gatherings at the intersection were free of property destruction, arson, and looting that characterized other demonstrations. The intersection became a solemn place of pilgrimage for many people protesting Floyd’s death and other forms of racial injustice.

The urban street intersection is part of the officially designated 38th Street Cultural District in the Powderhorn Park neighborhood of Minneapolis. City officials renamed the stretch of Chicago Avenue from East 37th Street to East 39th Street as George Floyd Perry Jr Place. The location is referred to colloquially as George Floyd Square. Preservation of public art installments and permanent uses of the site were under long-term planning by the city of Minneapolis in late 2020. 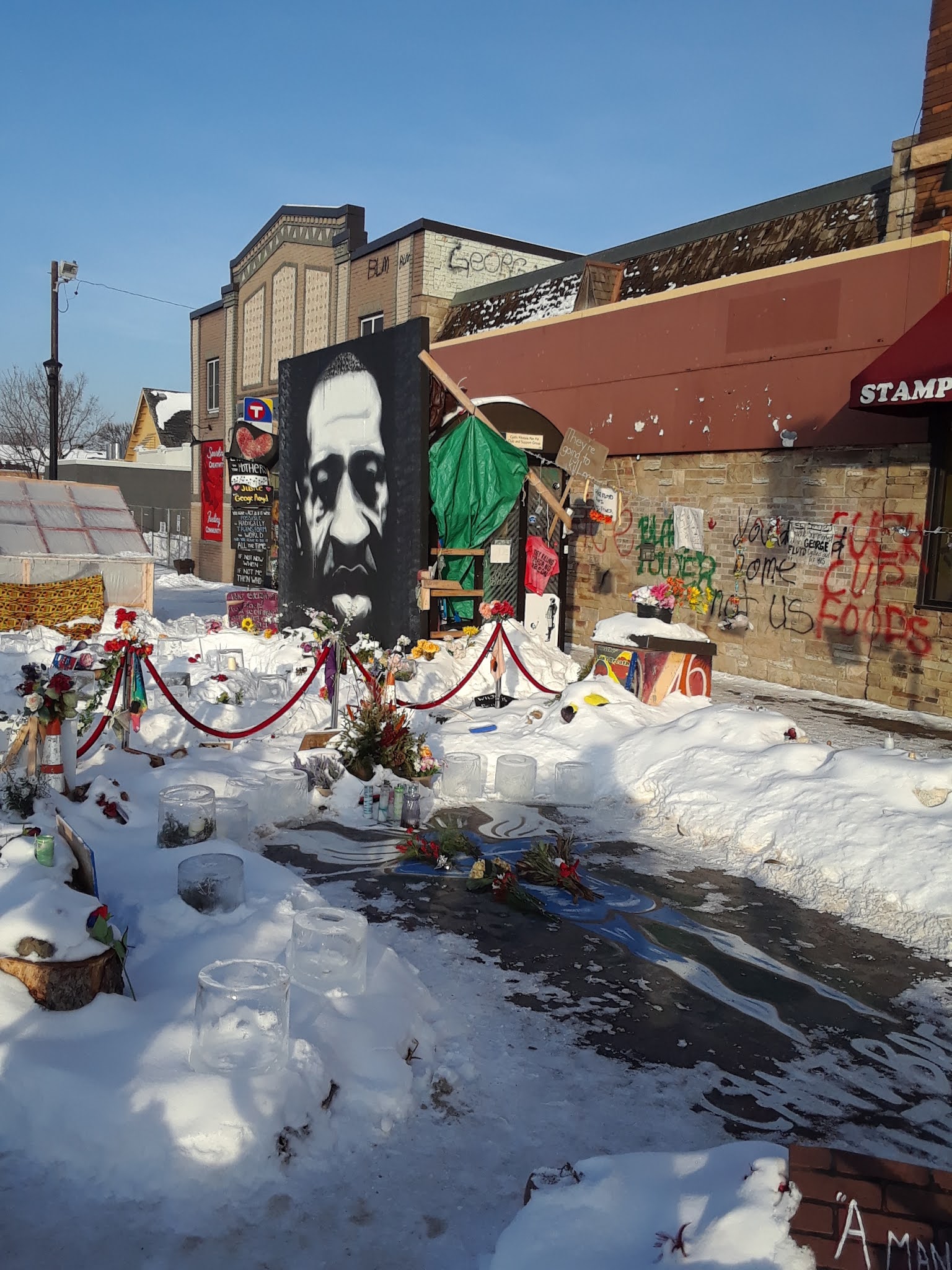 Above & below: The spot where George Floyd
was murdered. 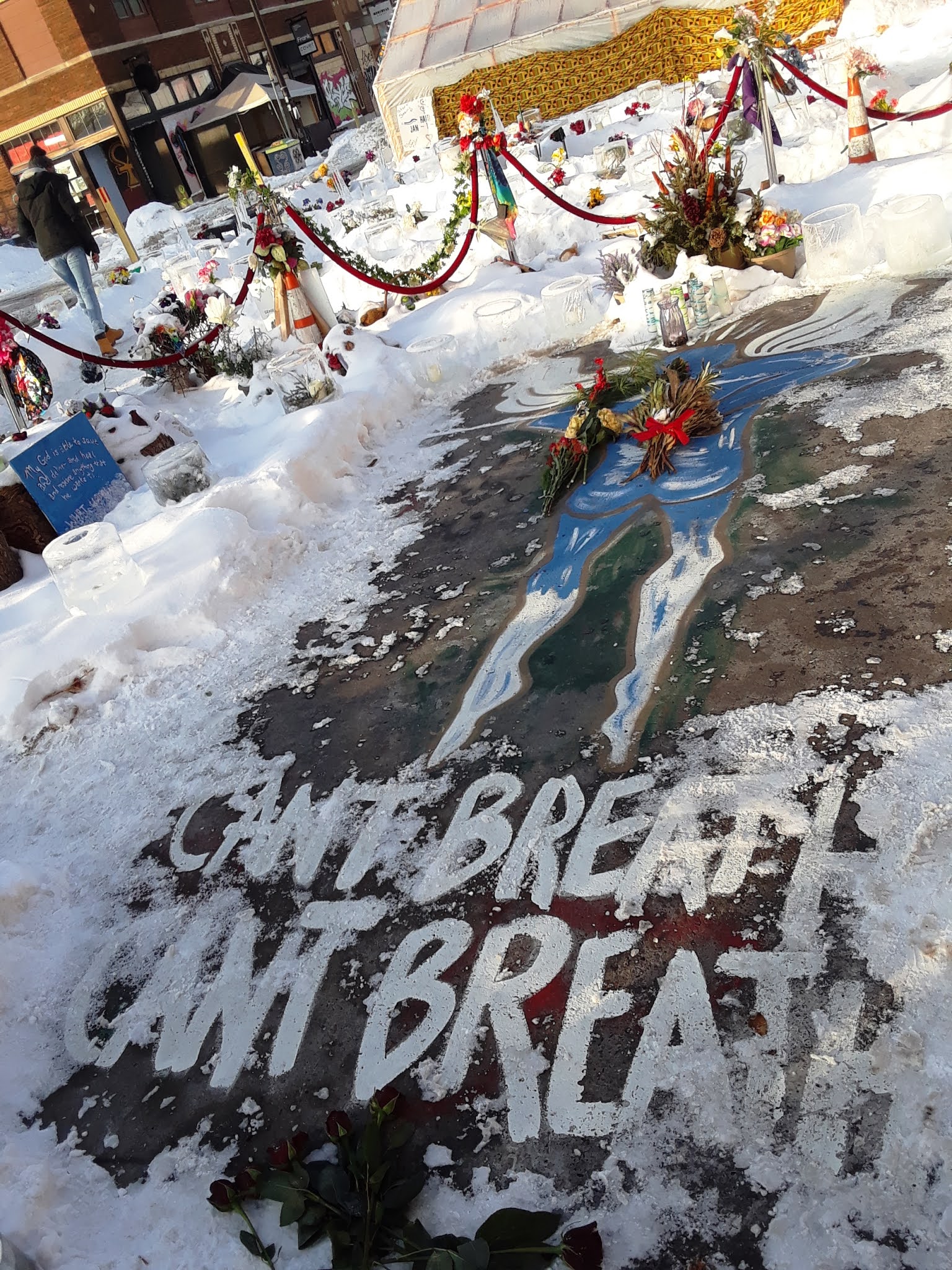 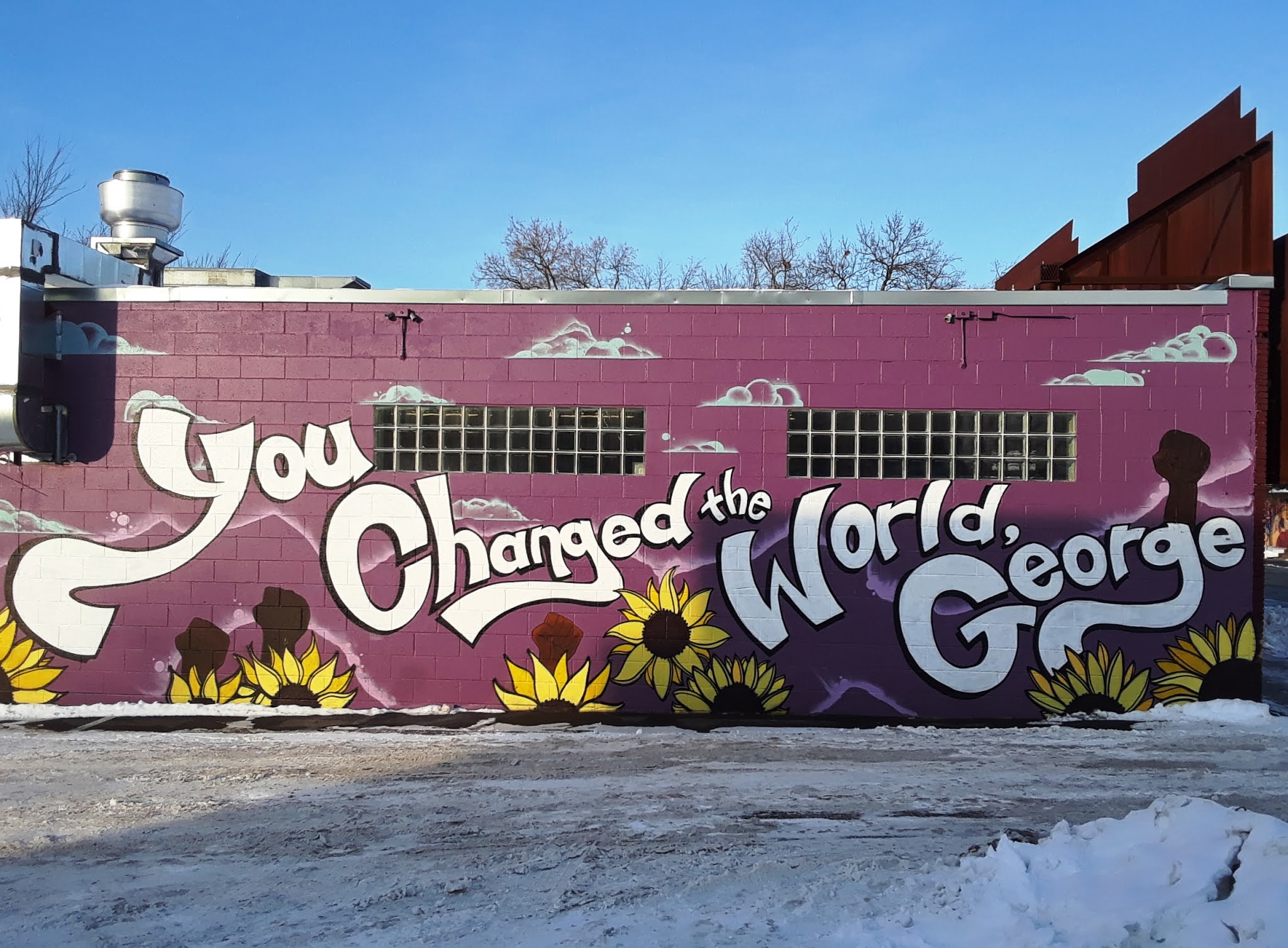 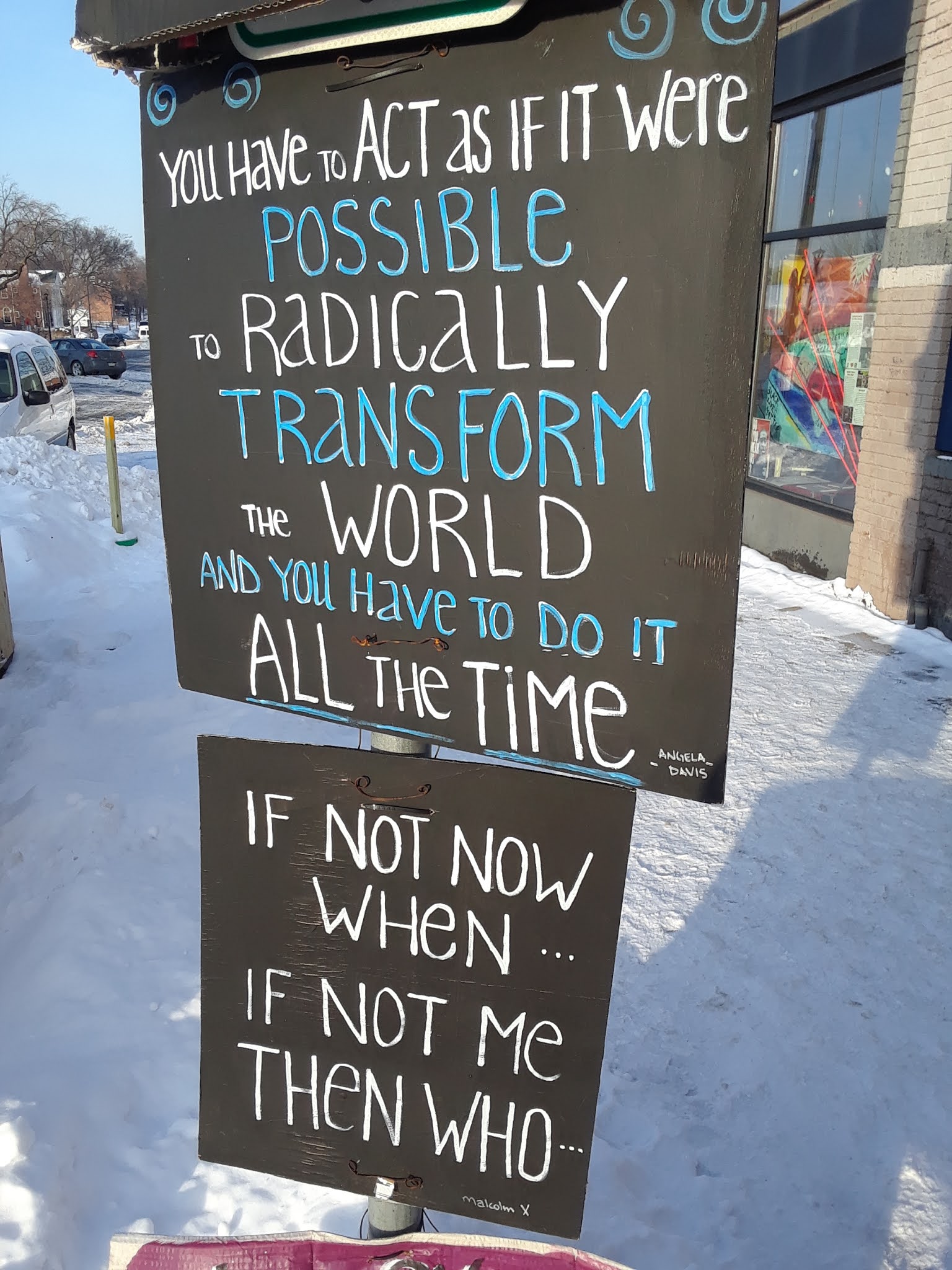 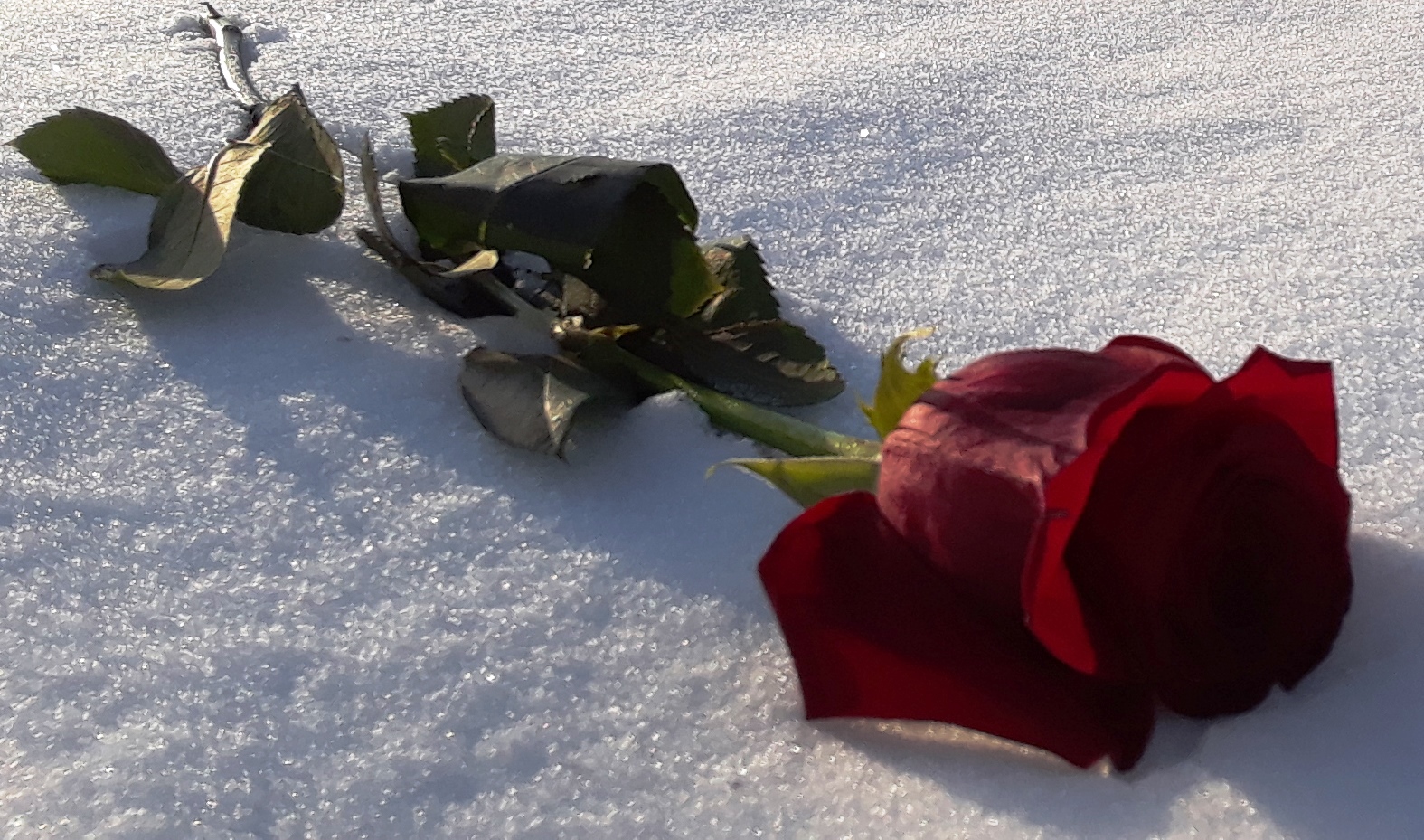 Above & below: At the Prayer Tree. 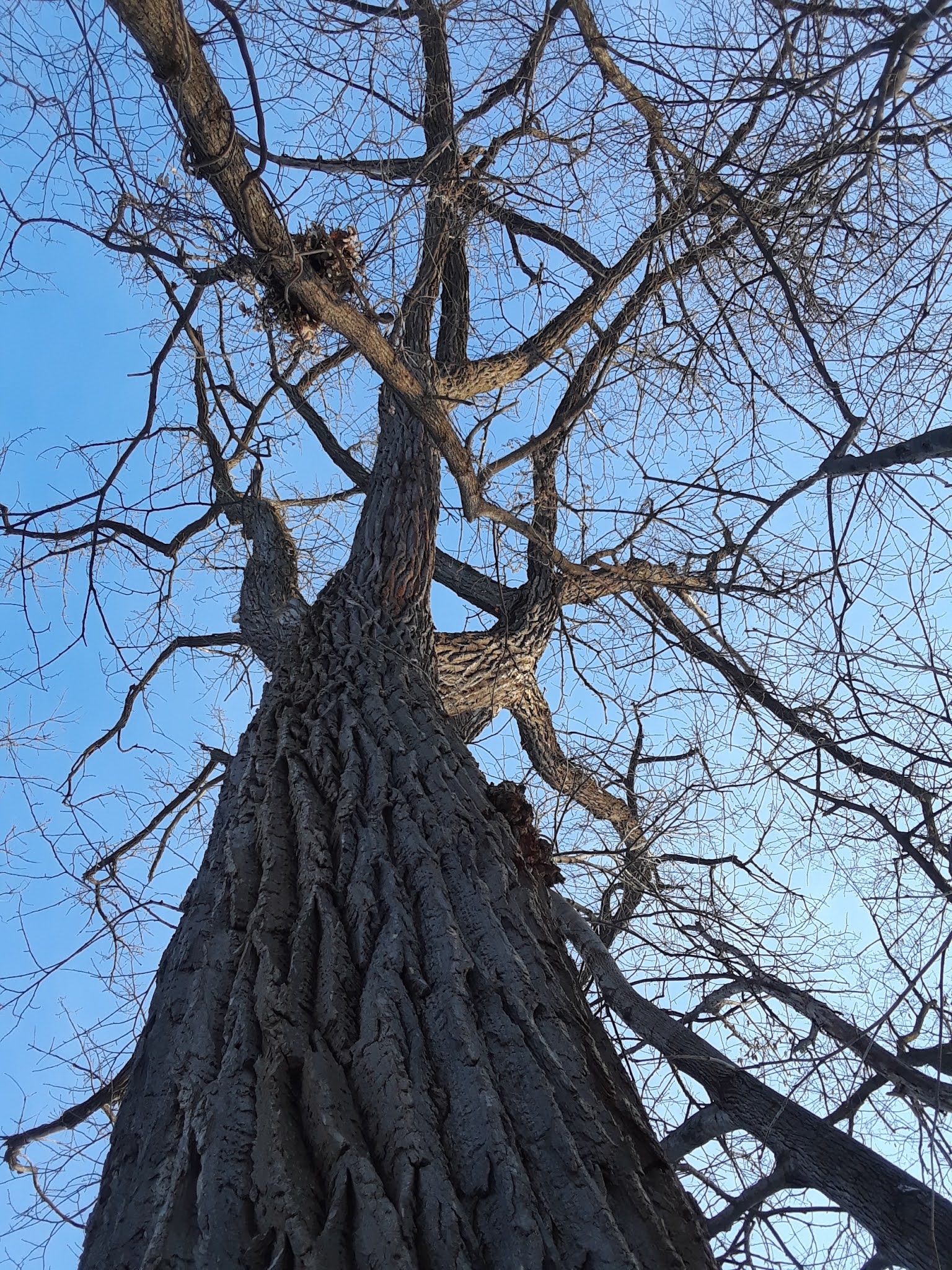 In many indigenous spiritualities, including the indigenous or pagan spirituality of Europe, any tree can be representative of the tree, that is, the World Tree or Cosmic Tree. In numerous religious traditions the World Tree is represented as a colossal tree which supports the heavens, thereby connecting the heavens, the terrestrial world, and, through its roots, the underworld. The Tree of Life, which symbolically represents and connects all forms of creation and is mentioned in the Judeo-Christian Book of Genesis, is an expression of the World Tree.

To get to the oak tree at which I regularly pray, one must go off the paved pathways. There is a track, but no doubt for many, it’s a hidden, unknown one. And yet it’s one that leads to the “Tree of Life.” All of this brings to mind the Beloved and Antlered One, “seeker of the forest’s hidden paths,” a powerful and beautiful way of acknowledging all the different, unorthodox ways that one can seek and find the Sacred. 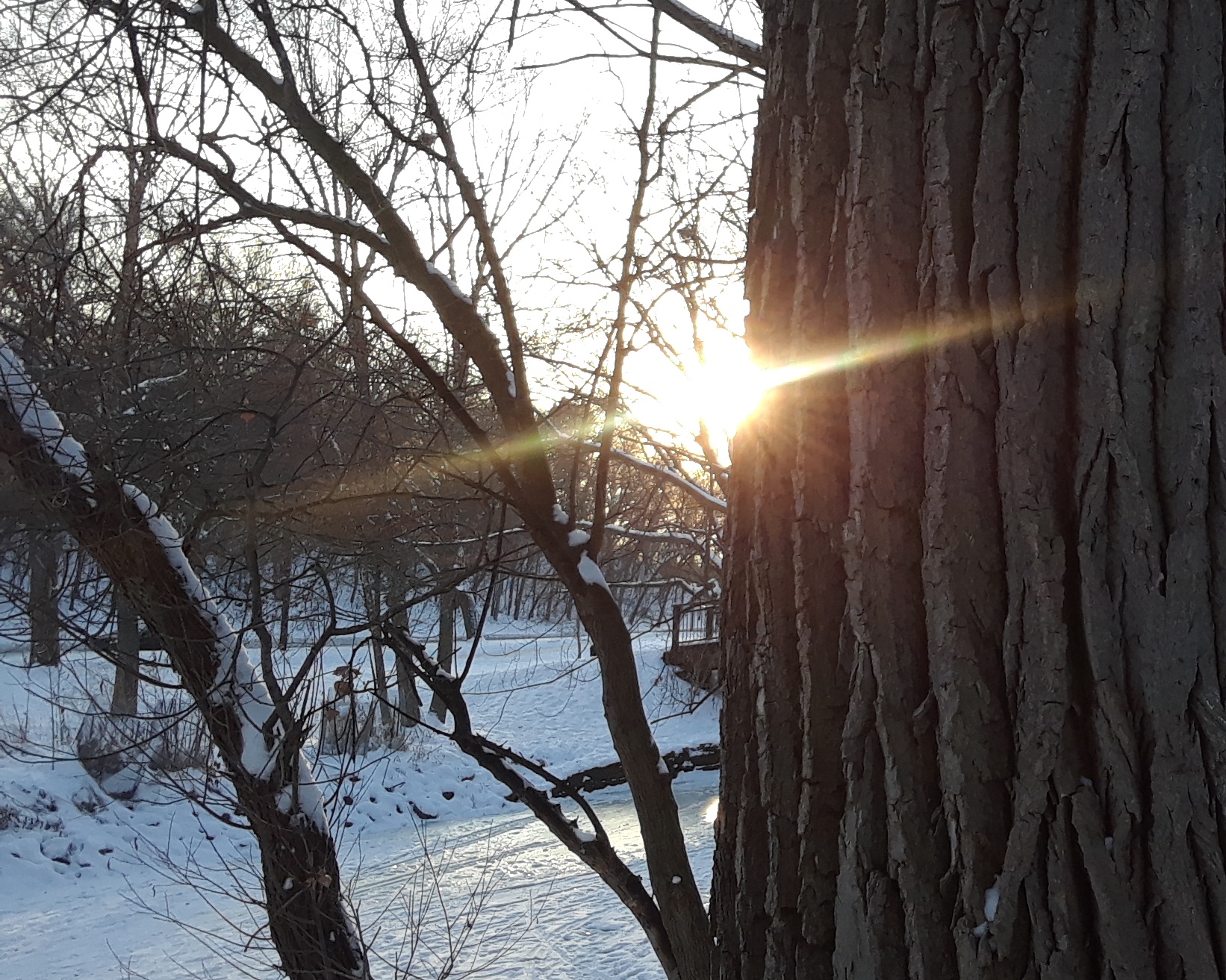 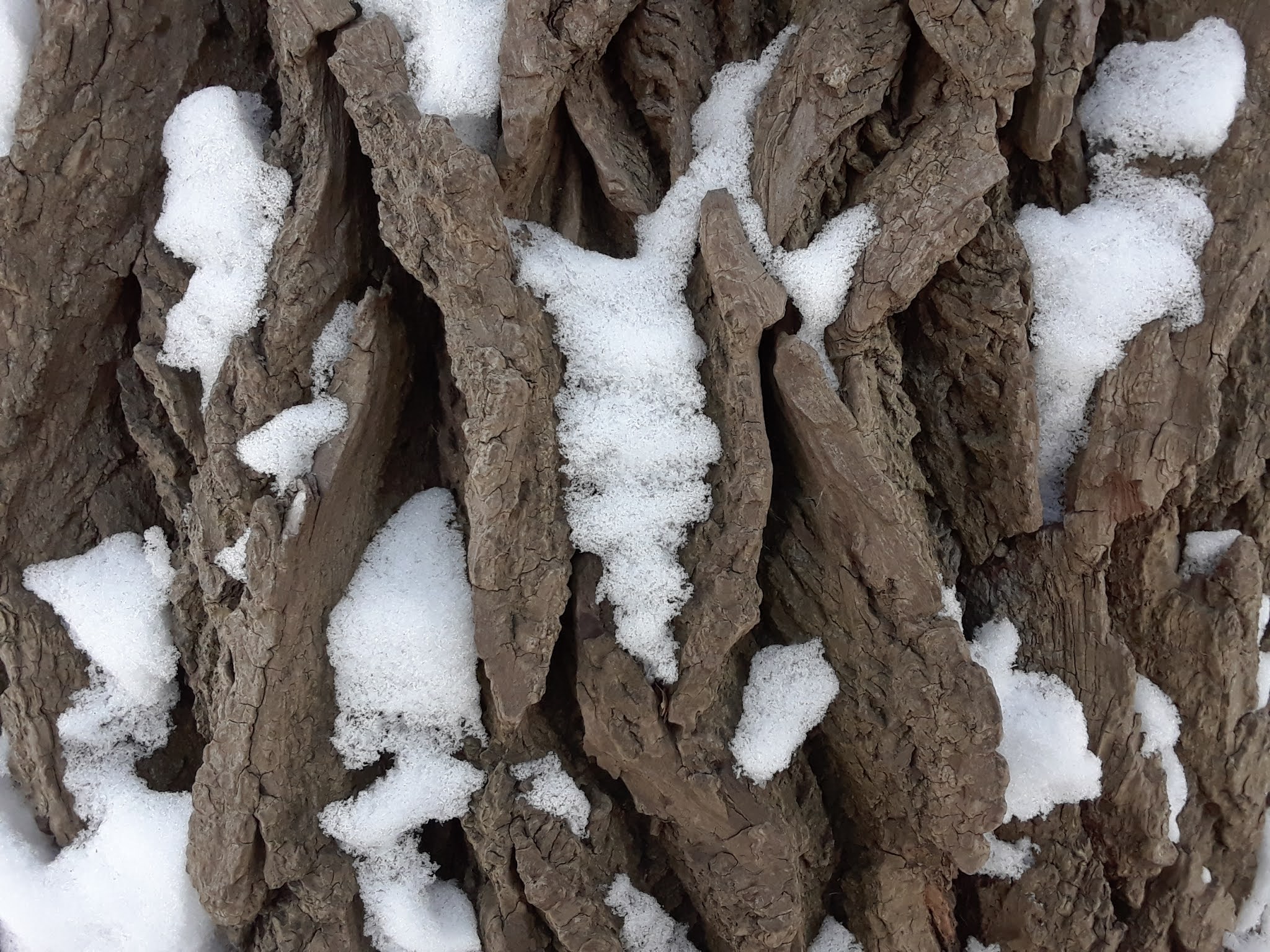 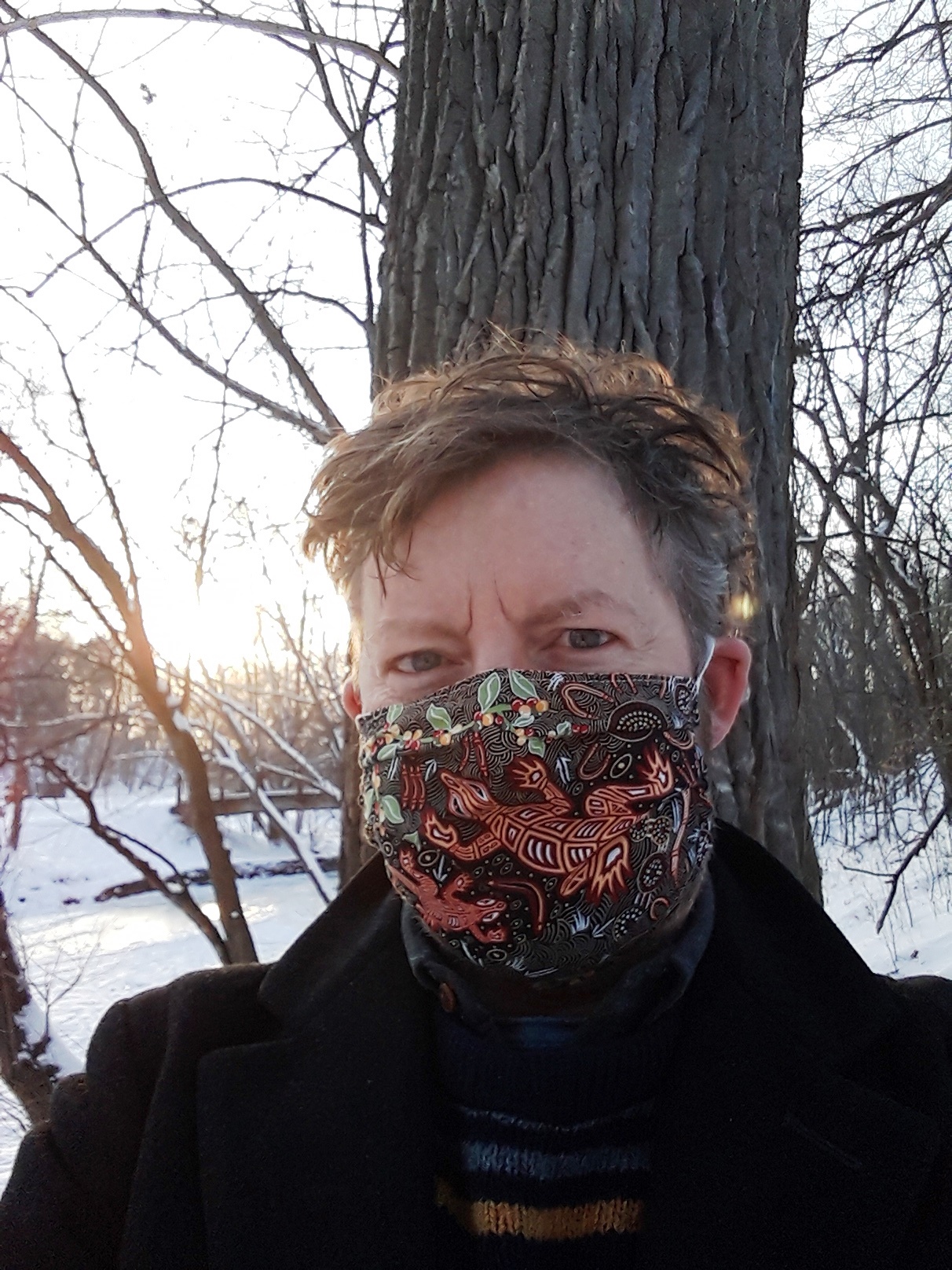 See also previous Wild Reed posts:
• “I Can’t Breathe”: The Murder of George Floyd
• Something to Think About – May 28, 2020
• Honoring George Floyd

Donate
By Rise Up TimesPublished On: January 10th, 2021Comments Off on A Very Intentional First Day of the Year, by Michael Bayly