What I discovered was a practically identical voice ricocheting around in nearly all the women I knew. And that taught me that there isn’t something wrong with any one of us, a realization that gave me a powerful feeling of solidarity with all those other women in (and not in) my life. 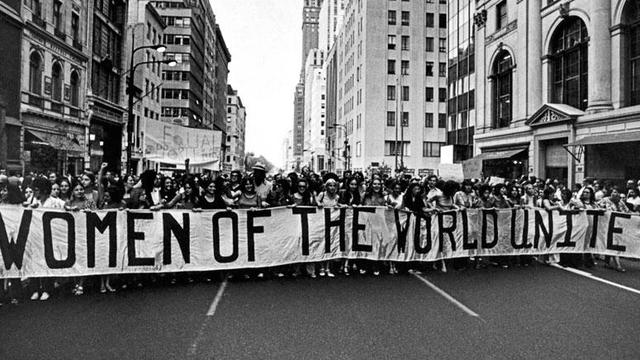 By Mattea Kramer  Tomgram: Trump Is in Your Head
Women and The Donald in Everyday Life  October 1, 2017

Women make up more than half the population of the United States, about 51%. We women are 55% of college students and we take more degrees than men. About 44 million of us between the ages of 15 and 50 have children, but only 5 million or so are stay-at-home moms. That’s because we go out to work: this year 74.6 million of us over age 16 make up almost half (47%) of the labor force. Forty percent of us work in fields thought to be ours by tradition: we are 90% of nurses, 93% of dental assistants, and 97% of preschool and kindergarten teachers. But we are also more than half of the nation’s pharmacists, a third of its physicians and surgeons, a third of its lawyers and judges, and a quarter of its computer programmers. We are the majority owners of 38% of U.S. businesses, employing millions and annually generating revenue in the trillions of dollars.

But here’s a problem: as workers, we don’t get fairly paid. For every dollar a man earns, we average about 79 cents. These days, young women may get closer to 90 cents, but by age 35, if not before, they hit a wall; for older women, the wage gap only widens. Due to that gap, the average full-time working woman over the course of 40 years will be cheated out of $418,800; she would have to work 10 more years to make up the difference. If she’s black, she will be shorted $840,040 and need to work 23 more years. If she’s Latina, she will lose $1,043,800 and need to work another 34 years. Then there’s the special case of the financial and insurance industry: there, women make only 60 cents to a man’s dollar. All this despite the fact that Congress passed an Equal Pay Act more than 50 years ago. In addition, most of us run into a low-hanging ceiling. Take K-12 education, for example. Women are 76% of its teachers, 52% of its principals, but far less than a quarter of its superintendents. Similarly, women are 73% of medical and health care managers but only 4% of health care CEOs.

You’d think we women could turn for justice to our political representatives, but they’re in short supply. In many of the world’s parliaments, between 40% and 63% of the members are female, while in the U.S. that number hovers at about 19%. And it’s a peculiarity of our Congress that congressmen feel entitled to interrupt, rebuke, and silence our congresswomen. (Think of Senator Richard Burr lecturing Senator Kamala Harris, or Republican Majority leader Mitch McConnell officially silencing Senator Elizabeth Warren.) Then, of course, there’s our demented president tweeting a doctored video of his big, fat self driving a golf ball to knock Hillary Clinton to the ground, a clear incitement of his woman-hating fans to violence against the first woman to be nominated by a major party for the presidency. (Lock him up!) And this long after 70 other countries around the world have been led by women, just as 20 are today, including our allies Germany, Great Britain, Norway, Switzerland, and Estonia.

Living in such a backward, misogynistic, and violent country as the United States can make strange things happen inside women’s heads, as TomDispatch regular Mattea Kramer explains. That’s what gender discrimination is meant to do. But at long last it made Hillary Clinton rightfully angry. It makes me angry, too. How about you? Ann Jones

Back in 1992, a certain New York real estate mogul told a reporter from New York magazine that you have to treat women “like shit.” That was a perfect summary of his philosophy, but it may be an even better descriptor for the way many women treat themselves — or, rather, how they’re treated by a persistent, harping, critical voice in their head. That critical voice, as it happens, is a fixture in the minds of an astonishing number of women, myself included.

Donate
By Rise Up TimesPublished On: October 29th, 2017Comments Off on Tomgram: Mattea Kramer, When a Voice Tells You You’ll Never Be Enough