The Intercept’s Jeremy Scahill speaks with Seymour Hersh at his home in Washington, D.C. two days after Donald Trump’s inauguration. 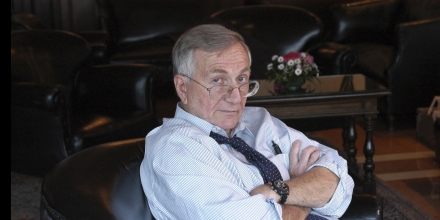 PULITZER PRIZE-WINNING journalist Seymour Hersh said in an interview that he does not believe the U.S. intelligence community proved its case that President Vladimir Putin directed a hacking campaign aimed at securing the election of Donald Trump. He blasted news organizations for lazily broadcasting the assertions of U.S. intelligence officials as established facts.

Hersh denounced news organizations as “crazy town” for their uncritical promotion of the pronouncements of the director of national intelligence and the CIA, given their track records of lying and misleading the public.

“The way they behaved on the Russia stuff was outrageous,” Hersh said when I sat down with him at his home in Washington, D.C., two days after Trump was inaugurated. “They were just so willing to believe stuff. And when the heads of intelligence give them that summary of the allegations, instead of attacking the CIA for doing that, which is what I would have done,” they reported it as fact. Hersh said most news organizations missed an important component of the story: “the extent to which the White House was going and permitting the agency to go public with the assessment.”

Hersh said many media outlets failed to provide context when reporting on the intelligence assessment made public in the waning days of the Obama administration that was purported to put to rest any doubt that Russian President Vladimir Putin ordered the hacking of the DNC and Clinton campaign manager John Podesta’s emails.

The declassified version of the report, which was released January 7 and dominated the news for days, charged that Putin “ordered an influence campaign in 2016 aimed at the U.S. presidential election” and “aspired to help President-elect Trump’s election chances when possible by discrediting Secretary Clinton and publicly contrasting her unfavorably to him.” According to the report, the NSA was said to have had a lower confidence level than James Clapper and the CIA about the conclusion that Russia intended to influence the election. Hersh characterized the report as full of assertions and thin on evidence.

“It’s high camp stuff,” Hersh told The Intercept. “What does an assessment mean? It’s not a national intelligence estimate. If you had a real estimate, you would have five or six dissents. One time they said 17 agencies all agreed. Oh really? The Coast Guard and the Air Force — they all agreed on it? And it was outrageous and nobody did that story. An assessment is simply an opinion. If they had a fact, they’d give it to you. An assessment is just that. It’s a belief. And they’ve done it many times.”

Hersh also questioned the timing of the U.S. intelligence briefing of Trump on the Russia hack findings. “They’re taking it to a guy that’s going to be president in a couple of days, they’re giving him this kind of stuff, and they think this is somehow going to make the world better? It’s going to make him go nuts — would make me go nuts. Maybe it isn’t that hard to make him go nuts.” Hersh said if he had been covering the story, “I would have made [John] Brennan into a buffoon. A yapping buffoon in the last few days. Instead, everything is reported seriously.”

Few journalists in the world know more about the CIA and U.S. dark ops than Hersh. The legendary journalist broke the story of the My Lai massacre in Vietnam, the Abu Ghraib torture, and secret details of the Bush-Cheney assassination program.

In the 1970s, during the Church Committee investigations into the CIA’s involvement in coups and assassinations, Dick Cheney — at the time a top aide to President Gerald Ford — pressured the FBI to go after Hersh and seek an indictment against him and the New York Times. Cheney and then-White House Chief of Staff Donald Rumsfeld were furious that Hersh had reported, based on information from inside sources, on a covert incursion into Soviet waters. They also wanted retaliation for Hersh’s exposé on illegal domestic spying by the CIA. The aim of targeting Hersh would be to frighten other journalists from exposing secret or controversial actions by the White House. The attorney general rebuffed Cheney’s requests, saying it “would put an official stamp of truth on the article.” 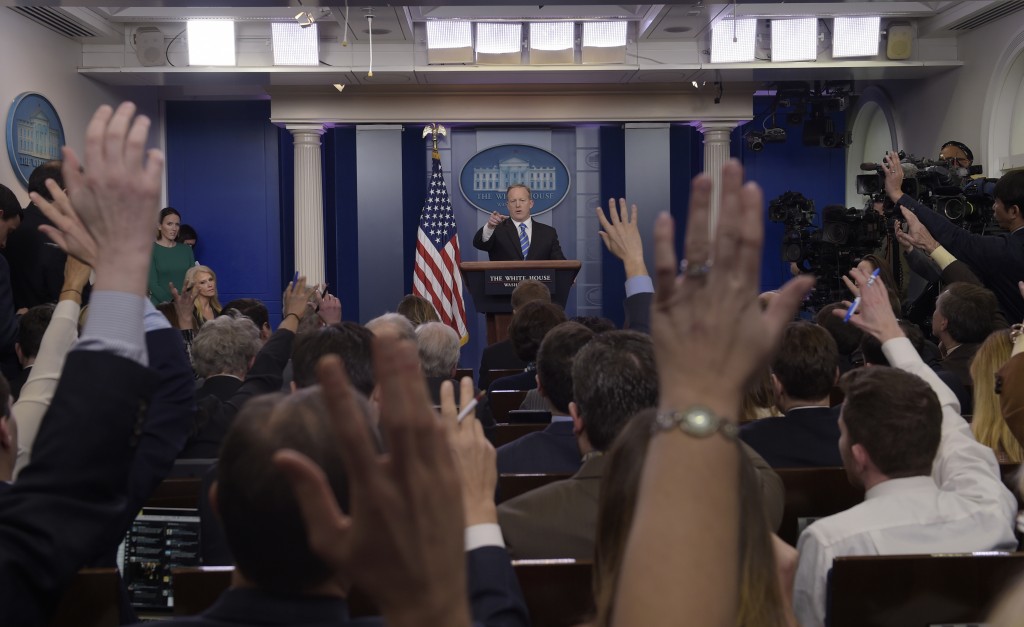 Although critical of the Russia coverage, Hersh condemned the Trump administration’s attacks on the news media and its threats to limit the ability of journalists to cover the White House. “The attack on the press is straight out of national socialism,” he said. “You have to go back into the 1930s. The first thing you do is destroy the media. And what’s he going to do? He’s going to intimidate them. The truth is, the First Amendment is an amazing thing and if you start trampling it the way they — I hope they don’t do it that way — this would be really counterproductive. He’ll be in trouble.”

Hersh also said he is concerned about Trump and his administration assuming power over the vast surveillance resources of the U.S. government. “I can tell you, my friends on the inside have already told me there’s going to be a major increase in surveillance, a dramatic increase in domestic surveillance,” he said. He recommended that anyone concerned about privacy use encrypted apps and other protective means. “If you don’t have Signal, you better get Signal.”

While expressing fears about Trump’s agenda, Hersh also called Trump a potential “circuit breaker” of the two-party political system in the U.S. “The idea of somebody breaking things away, and raising grave doubts about the viability of the party system, particularly the Democratic Party, is not a bad idea,” Hersh said. “That’s something we could build on in the future. But we have to figure out what to do in the next few years.” He added: “I don’t think the notion of democracy is ever going to be as tested as it’s going to be now.”

In recent years, Hersh has been attacked for his investigative reports on a variety of policies and actions authorized by the Obama administration, but he has never backed down from his aggressive approach to journalism. His reporting on the raid that killed Osama bin Laden dramatically contradicted the administration’s story, and his investigation on the use of chemical weapons in Syria cast doubts on the official claim that Bashar al Assad ordered the attacks. Although he has received many awards for his work, Hersh said praise and condemnation have no impact on his work as a journalist.

Jeremy Scahill’s interview with Seymour Hersh can be heard on The Intercept’s new weekly podcast, Intercepted, which premieres January 25.