Minneapolis was the third city in the U.S. to pass a resolution in support of Standing Rock. Click here for the full story.

Read the two short sentences and study the three photos, which tell a story of apparent contradictions in the differing responses of the City of Minneapolis and the Hennepin County Sheriff’s office to the Standing Rock Water Protectors’ presence and protection of Sacred Water in North Dakota.

This story is particularly specific — and startling — for citizens of Minneapolis. The vehicle/s in the photo bear the identification: 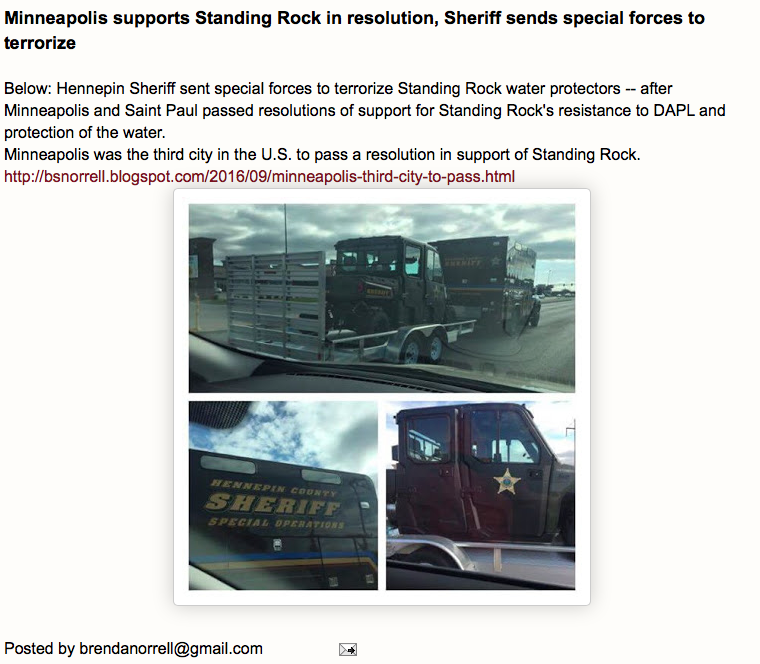 Possible responses to this information:

Here is the statement from Hennepin County: 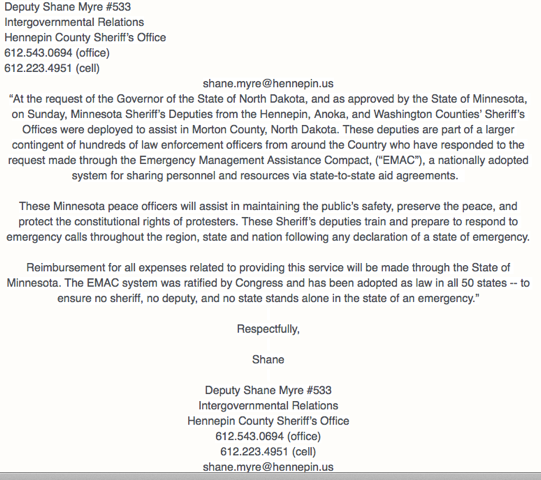