“If you’re not at the table, you’re on the menu.” The “Take On Wall Street” campaign intends to put you and me — the People — at the table for a change. 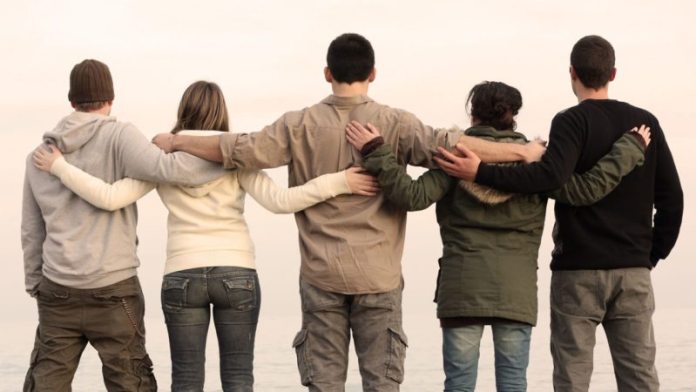 Instead of griping about the greedheads of Wall Street and the rip-off financial system they’ve hung around our necks — why don’t we “Take On Wall Street”?

That’s exactly why our Land of Opportunity has become today’s Land of Inequality. Corporate elites have bought their way into the policy-making backrooms of Washington, where they’ve rigged the rules to let them feast freely on our jobs, devour our country’s wealth and impoverish the middle class.

“Take On Wall Street” is both the name and the feisty attitude of a nationwide campaign that a coalition of grassroots groups has launched to do just that: Take on Wall Street. The coalition, spearheaded by the Communication Workers of America, points out that there is nothing natural or sacred about today’s money-grabbing financial complex. Far from sacrosanct, the system of finance that now rules over us has been designed by and for Wall Street speculators, money managers, and big bank flim flammers. So — big surprise — rather than serving our common good, the system is corrupt, routinely serving their uncommon greed at everyone else’s expense.

There’s good news, however, for a growing grassroots coalition of churches, unions, civil rights groups, citizen activists and many others are organizing and mobilizing us to crash through those closed doors, write our own rules and reverse America’s plunge into plutocracy. The “Take On” campaign has the guts and gumption to say enough! Instead of continuing to accept Wall Street’s plutocratic perversion of our democracy, We The People can rewrite their rules and reorder their structures so the system serves us.

For starters, the campaign has laid out a five-point people’s reform agenda and are now taking it to the countryside to rally the voices, anger, and grassroots power of workers, consumers, communities of color, Main Street, the poor, people of faith… and just plain folks. The coalition is holding information and training sessions to spread the word, forge local coalitions, and learn how we can get right in the face of power to create a fair finance system that works for all. The coalition’s structural reforms include:

—Getting the corrupting cash of corporations and the superrich out of our politics by repealing Citizens United and providing a public system for financing America’s elections.

—Stopping “too big to fail” banks from subsidizing their high-risk speculative gambling with the deposits of us ordinary customers — make them choose to be a consumer bank or a casino, but not both.

—Institute a tiny “Robin Hood Tax” on Wall Street speculators to discourage their computerized gaming of the system, while also generating hundreds of billions of tax dollars to invest in America’s real economy.

—Restore low-cost, convenient “postal banking” in our Post Offices to serve millions of Americans who’re now at the mercy of predatory payday lenders and check-cashing chains.

There’s an old truism about negotiating that says: “If you’re not at the table, you’re on the menu.” The “Take On Wall Street” campaign intends to put you and me — the People — at the table for a change.

Donate
By Rise Up TimesPublished On: August 26th, 2016Comments Off on Jim Hightower | Why Can’t Our Economy Promote Equality and Shared Prosperity?