Manipulating war intelligence is hardly anything new. Frankly, it goes with the territory, if you know the history of wars, connected as they usually are with “perception management” of public opinion, also referred to as “information warfare.”

Coleen Rowley urged a crowd of about 60 people to ask tough questions of presidential candidates and other federal politicians about foreign policy and the erosion of the country’s founding principles of citizens’ rights.

“Right now they have advisory people telling them how to win and what to say,” she said tonight at the University of Dubuque. “They need to have people asking them hard questions and pushing them.” 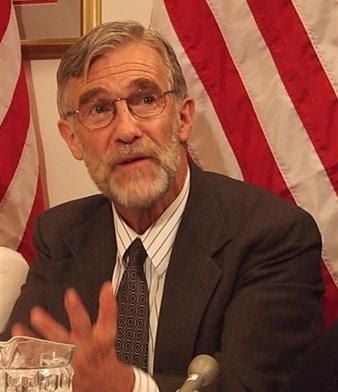 “Fifty U.S. Spies Say Govt. Altering Reports to Imply We’re Winning War Against ISIS” reads a recent headline. The growing scandal over whether phony intelligence reports are being used to paint rosy portrayals of the war against the Islamic State has even caused the Pentagon inspector general to open an investigation as to whether senior officials are unduly pressuring military subordinates.

But manipulating war intelligence is hardly anything new. Frankly, it goes with the territory, if you know the history of wars, connected as they usually are with “perception management” of public opinion, also referred to as “information warfare.” The gut-wrenching photo of 3-year-old Aylan Kurdi washed up dead on a Turkish shore seems to be having a psychological impact on the world similar to the photo of the little Vietnamese girl Kim Phuc running naked, burned by napalm, in June 1972. (It is interesting how an image can hit the heart, while the announcement a few weeks ago that the number of Syrian refugees went over the four million mark failed to move us).

Ed Flaherty is an Iowa City member of Veterans for Peace.

Coleen Rowley is a retired FBI agent and former Minneapolis division legal counsel who became one of Time magazine’s 2002 “whistleblower” persons of the year for her disclosures about some of the FBI’s pre 9-11 failures. She and retired CIA analyst Ray McGovern are speaking at 7 p.m. Sept. 29 at the Ames Public Library, Farwell T. Brown Auditorium, and 7 p.m. Sept. 30 at Drake University, Olin 101.

Ray McGovern, a former CIA analyst, is an activist who writes and lectures about, among other issues, war and the role of CIA. He holds an M.A. in Russian Studies from Fordham University, a certificate in Theological Studies from Georgetown University, and is a graduate of Harvard Business School’s Advanced Management Program.

Rowley and McGovern: Throwing money at war? Ignorance, not bliss

BY COLEEN ROWLEY AND RAY MCGOVERN FOR TH MEDIA  September 20, 2015

How did we Americans fail to demand honest answers of the various officials whose incompetence, petty turf-battles and negligence in not sharing their intelligence made the 9/11 attack possible? Bits and pieces have leaked out in dribs and drabs in the ensuing years, but some of the most embarrassing yet key information still is being withheld. Even worse, how did we let those same Peter Principle-afflicted officials dictate thoroughly wrong-headed (and in some cases, illegal) responses that only increased the terrorist threat by destabilizing more and more countries in the Mideast?

Governmental secrecy and citizen unawareness about important foreign-policy issues clearly do not protect but continue to endanger us. But it’s still not too late for students to learn the objective facts of “the war” that U.S. officials decided their generation would grow up and be saddled with. The basic faulty premise of the “war on terror” has been exposed as disastrous, yet it seems we watch perplexed as the little boy did when the foolish emperor was conned into parading naked.

Donate
By Rise Up TimesPublished On: September 25th, 2015Comments Off on Coleen Rowley and Ray McGovern: the election, war, and information warfare