▶ Activists tell why they protested drone warfare at Creech AFB

Please watch and share:  Warning:  GRAPHIC IMAGES of drone victims only in the first 1.5 minutes.….the images never shown on TV!
DRONE STRIKE – United States TERRORISM
US Drone Assassinations kill children. The “strikes” kill entire families and sometimes entire portions of a village. The US is doing this in countries we are NOT at war with…this is terrorism and so classified by the UN as well as deemed illegal. The missiles fired from drones rarely hit their intended target…new research shows only 1 in 50 targeted for a missile strike is known by name or “association” to a legitimate terror organizations….MOSTLY CIVILLIANS KILLED!

This video was shot at Creech Air Force Base in Nevada during March 2015 when activists from all over the US and other countries as well, gathered and performed an “action” which resulted in the arrest of 34 great human beings, including 1/2 dozen religious leaders, Colonel Ann Wright, A judge, Physician and many many Veterans of war…some of whom have killed an understand the burden now upon Creech drone “pilot”s, who sit behind a video screen a waste precious children on the other side of Mother Earth. Spread this video like wildfire!

The week culminated in a day of peaceful civil resistance where over 34 activists were arrested while blocking the gates of Creech AFB, where U.S. Air Force personnel murder people on the other side of the planet for the CIA.  Hundreds of children have been killed by drone strikes in Yemen, Pakistan and Somalia alone.
Hope you will watch this and be inspired to join us soon, in ongoing drone protests at Creech or other drone bases, to help stop the barbarism of drone assassination.
DRONE STRIKE – United States TERRORISM
https://www.youtube.com/watch?v=enRbp51pVSI
For Ongoing protests in the U.S.:
http://nodronesnetwork.blogspot.com/
For the next protest at Creech AFB:
contact us at:  http://shutdowncreech.blogspot.com/
Preview YouTube video DRONE STRIKE – United States TERRORISM 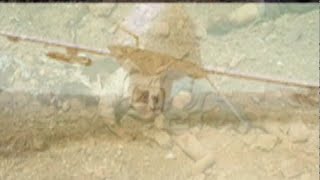 Your donation will help continue to bring you Media for the people! Click the image to help. Thank you!

Shut Down Creech Arrestees return to Las Vegas for Arraignment
by Flora Rogers
On Tuesday June 30th Eleven participants from March 6th Shut Down Creech event appeared at the Clark Co. Court House before Judge Melissa A. Saragosa to be arraigned for the charges of Trespassing (not amounting to Burglary) with one attendant Robert Majors facing a different charge of Obstructing a Public Sidewalk.  The morning  began with a vigil and media statements given in front of the Court House.  Supporters were in attendance and media outlets Fox News, Las Vegas Sun Times, and the Associated Press were on the scene taking statements. Before entering the court house the group broke into chants of “When Drones Fly Children Die!”  and similar statements such as, “The Whole World is Watching!”, while holding panels of artistic renderings of many of the child victims of drone attacks in Pakistan and Yemen.
After over an hour and a half of courtroom business as usual the Judge began calling up the activists.  First she called the names of many who were not in attendance, including those who wrote in their pleas of “Not Guilty” and those who accepted a Plea deal offered by the District Attorney.  The first among those accepting the plea was “Mary” Ann Wright.  The plea consisted of a $50 fine and the agreement to “stay out of trouble” and stay off Creech Air Force Base Property for six months. Those not in attendance were graciously represented pro-bono by Las Vegas attorney Allen Lichtenstein who made definite points in each plea case that “staying away from Creech” was to be interpreted as not including the County land surrounding the base property and the Judge agreed.
As the Judge called up the first activist defendant present,  Fred Bialy, she revealed that she is an Air Force reservist and former active-duty Air Force Judge Advocate. In spite of the apparent potential bias, she declared that she would be impartial. The defendants accepted her reassurances and did not express serious concerns about this potential for bias in the pending trial.  Retired Dr. Bialy of Vallejo CA pled “No contest” to the charges and was able to offer his statement.  He read a prepared statement that highlighted why the drone killing program is immoral and inhumane and that as a physician it is in his nature to prevent harm.
Following him was documentarian Mauro Oliveira from Montgomery Creek California who explained the CIA’s role in the drone program, revealing that the same officials running the torture and rendition programs were running the drone program. The last activist allowed to make his statement was Franciscan Friar Louis Vitale, 83, who spoke eloquently of the need to pursue peace in the nation and the world. He also gave a specific example he experienced while in the Air Force, where his command was ordered to shoot down an aircraft identified as Russian but reluctance by him and others led to an intercept flight to make visual contact with the aircraft which turned out to be an American Airlines passenger jet.

All three pleading No Contest were sentenced only with “Time Served.”