Walking the Walk: a March against Drone Warfare 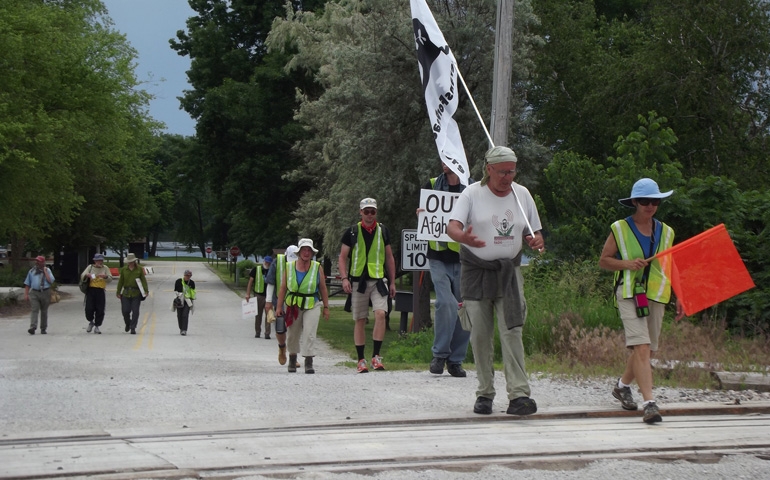 In June of 2013, a group of peace activists set out for a walk across Iowa to protest the Predator drone control center planned for the Iowa National Guard Air Base in Des Moines.  Beginning at the arms depot at Rock Island Illinois and ending at the National Guard Air Base in Des Moines, the intimate journey of 25 peace pilgrims is documented in the film Walking the Walk: a March Against Drone Warfare.  For two weeks and 195 miles, the walkers discuss their mission, their hopes, fears and outrage.  Among the walkers are a man just released from prison for attempting to deliver a letter to the commander of a drone base, a businessman who has left a lucrative career to walk and witness for peace, veterans who have witnessed war first hand and a lawyer and former government official deeply concerned with the legality of the United States’ drone strike program.  In discussions with locals they meet and public presentations in libraries, parks and colleges we hear the issue of armed drone strikes and assassinations discussed in all their ethical complexity.

“Wonderful… Fantastic… Brilliant, it gets out so much info in such a humanizing way.  And so beautifully filmed.”

Donate
By Rise Up TimesPublished On: October 15th, 2013Comments Off on Voices Anti-Drones Walk to Be Featured in New Documentary Film