So we know what you may not yet: they are not your friends and their vision is not your vision, but your data is their data, and your communications are in their hands, and they seem to be rising to become an arm of or a part-owner of the government or a law unto themselves, and no one has yet figured out what we can do about it. 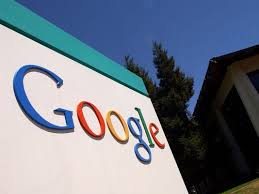 Finally, journalists have started criticizing in earnest the leviathans of Silicon Valley, notably Google, now the world’s third-largest company in market value. The new round of discussion began even before the revelations that the tech giants were routinely sharing our data with the National Security Agency, or maybe merging with it. Simultaneously another set of journalists, apparently unaware that the weather has changed, is still sneering at San Francisco, my hometown, for not lying down and loving Silicon Valley’s looming presence.
The criticism of Silicon Valley is long overdue and some of the critiques are both thoughtful and scathing. The New Yorker, for example, has explored how start-ups are undermining the purpose of education at Stanford University,addressed the Valley’s messianic delusions and political meddling, andconsidered Apple’s massive tax avoidance.
The New York Times recently published an opinion piece that startled me, especially when I checked the byline. WikiLeaks founder Julian Assange, the fugitive in the Ecuadorean Embassy in London, focused on The New Digital Age, a book by top Google executives Eric Schmidt and Jared Cohen that to him exemplifies the melding of the technology corporation and the state.  It is, he claimed, a startlingly clear and provocative blueprint for technocratic imperialism, from two of our leading “witch doctors who construct a new idiom for United States global power in the twenty-first century.”  He added, “This idiom reflects the ever closer union between the State Department and Silicon Valley.”

Donate
By Rise Up TimesPublished On: June 26th, 2013Comments Off on Rebecca Solnit> Welcome to the (Don’t Be) Evil Empire: Google Eats the World